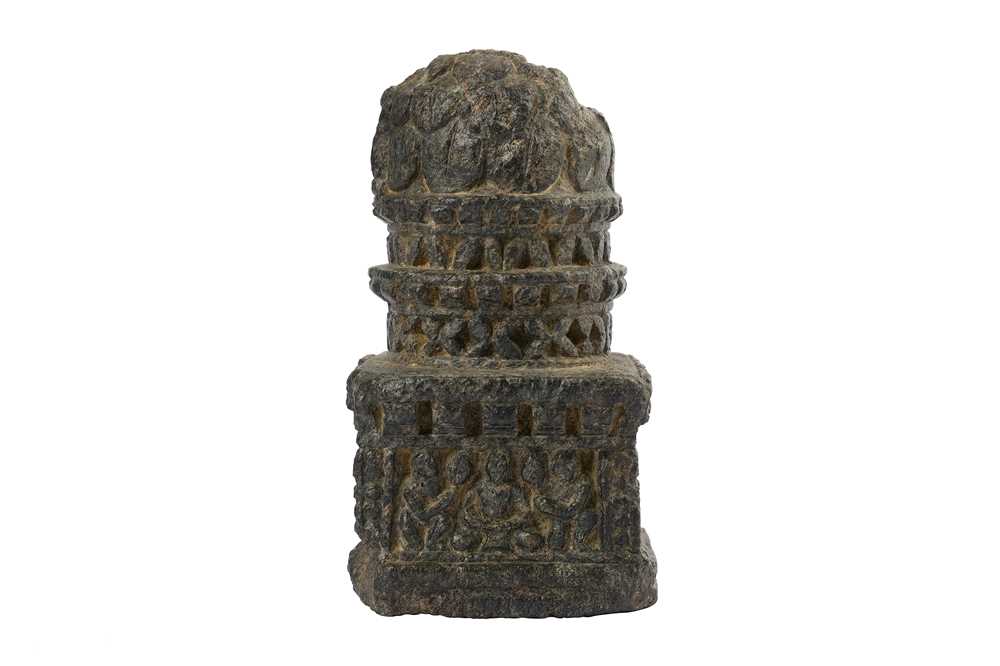 A DARK SCHIST CARVING OF A VOTIVE STUPA
PROPERTY FROM THE MOITA COLLECTION OF GANDHARA ART
Ancient region of Gandhara, 2nd - 3rd century

Carved in the round, the base of rectangular shape, topped by a tall, cylindrical, dome-shaped structure, the base intricately carved with figural reliefs, the drum with two rows of decorative geometric motifs, the top of the dome carved in the shape of a blossomed lotus flower, 18cm x 8.5cm.

In Gandharan Buddhist culture, it was common practice to commission votive stupa carvings, which practitioners would donate to Buddhist temples in return for blessings. This practice lingered in Buddhist culture and became very prominent when Buddhism bloomed in East Asia (e.g. China and Japan), creating a whole artistic production centred on devotional objects and temple tokens, no longer just made of stone but also of metals, such as bronze and gilt copper.

The base of our votive stupa is carved with three reliefs showing the Buddha in meditation flanked by two attendants, at times standing others kneeling down, and one relief with a man attacked by a lion.