We are delighted to announce a truly unique and, in today’s market, increasingly rare opportunity to participate in the sale of an important and under-examined part of British Photographic History.

The flagship lot for our Photographica sale, taking place on Wednesday 28 October, is an exceptionally fine album of early photographs by Thomas Honywood of Horsham, West Sussex (1819-1888). 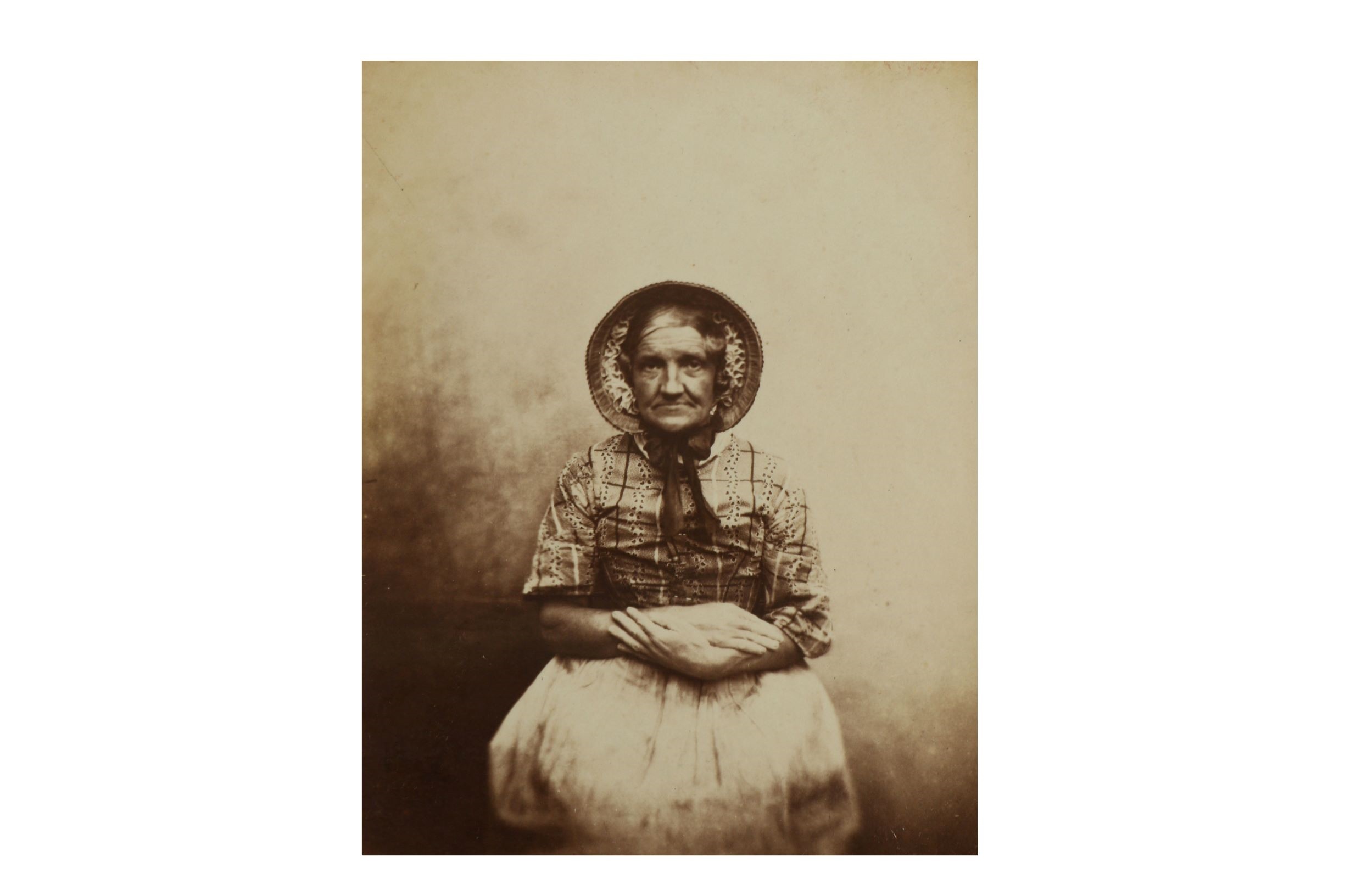 Thomas Honywood was a polymath, fascinated with the pursuit of Art, Science, Archaeology, and Photography. Honywood's passion for photography and experimentation with various photo-chemical processes led him to patent a new photographic technique of "Nature Printing".  This process enabled the transfer of positive images from nature onto a variety of surfaces, the success of which led Honywood to exhibit his work at the London International Inventions Exhibition of 1885 to much admiration. 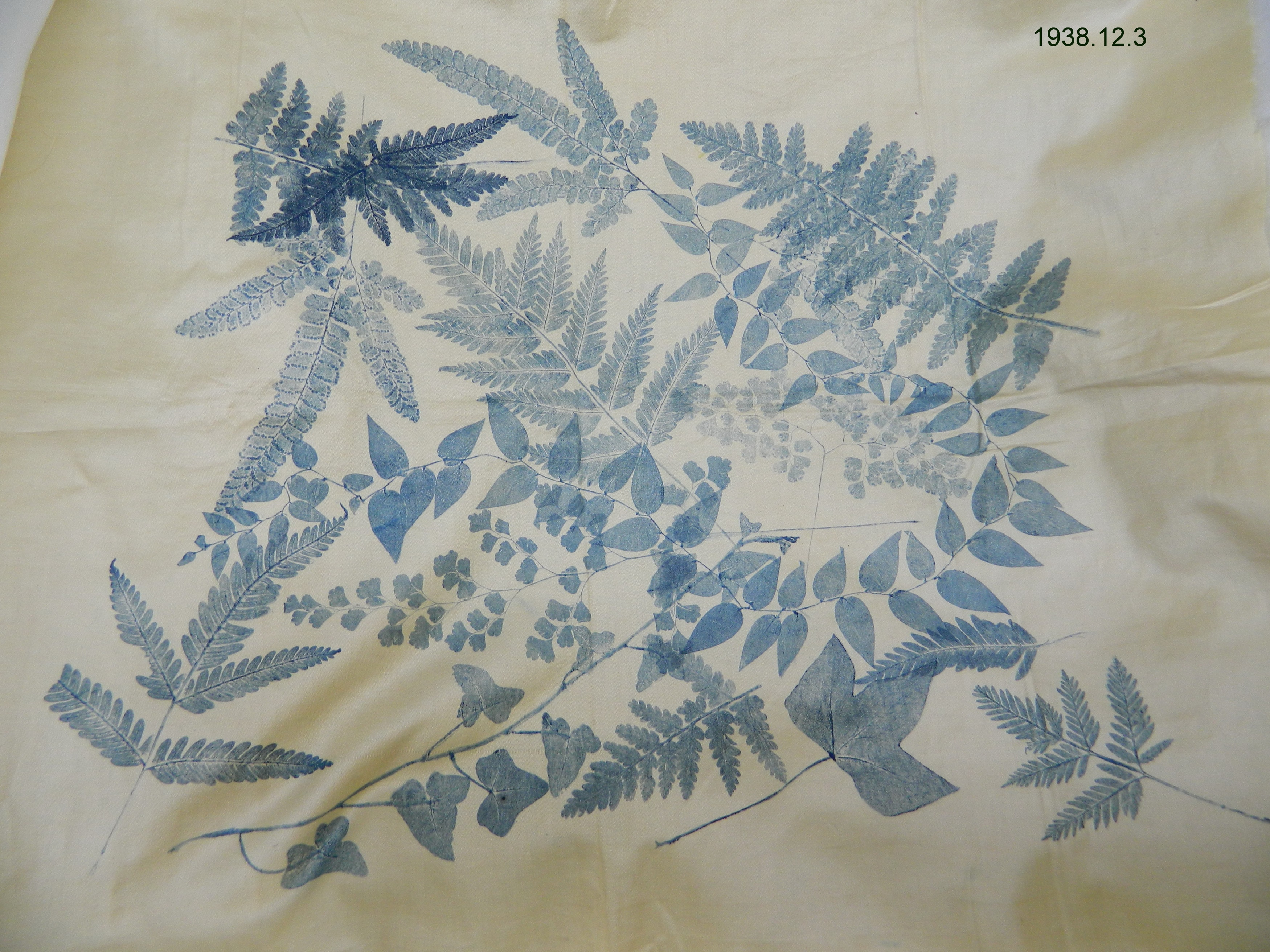 This was not his only notable attribute, however; a key member of the Horsham Volunteer Fire Brigade, he was a community leader and assisted in the formation of fire services in Horsham and the neighbouring towns in the wider Sussex area. Also a keen Archaeologist, whilst conducting excavations in Horsham, he discovered the ‘Horsham Hoard’ of medieval pottery and ceramics, photographs of which are included in this album. As a result of his dedication to the Fire Brigade, and his many contributions to Horsham life and the wider Sussex area, Honywood was venerated with a portrait which now hangs in the Horsham Museum. For such a distinguished and diligent man, it is hard to understand why we do not know more about Honywood’s photographic talents.

In the early years of the twentieth century, a small selection of Honywood's photographs were used by a Berlin-based printer to produce a series of collotype postcards (attributed to "Thos. Honywood" on the verso). Three such postcards feature in this lot, including "Old Horsham Woodcutters 1850" together with the original overpainted albumen print from which the collotype was taken.

The Album as a whole comprises a superb collection of portraits of Horsham’s inhabitants, buildings, and the surrounding landscapes. It contains a mixture of 170 calotypes and albumen prints dating from 1851 onwards, and are the earliest images from this part of England that are known to exist. 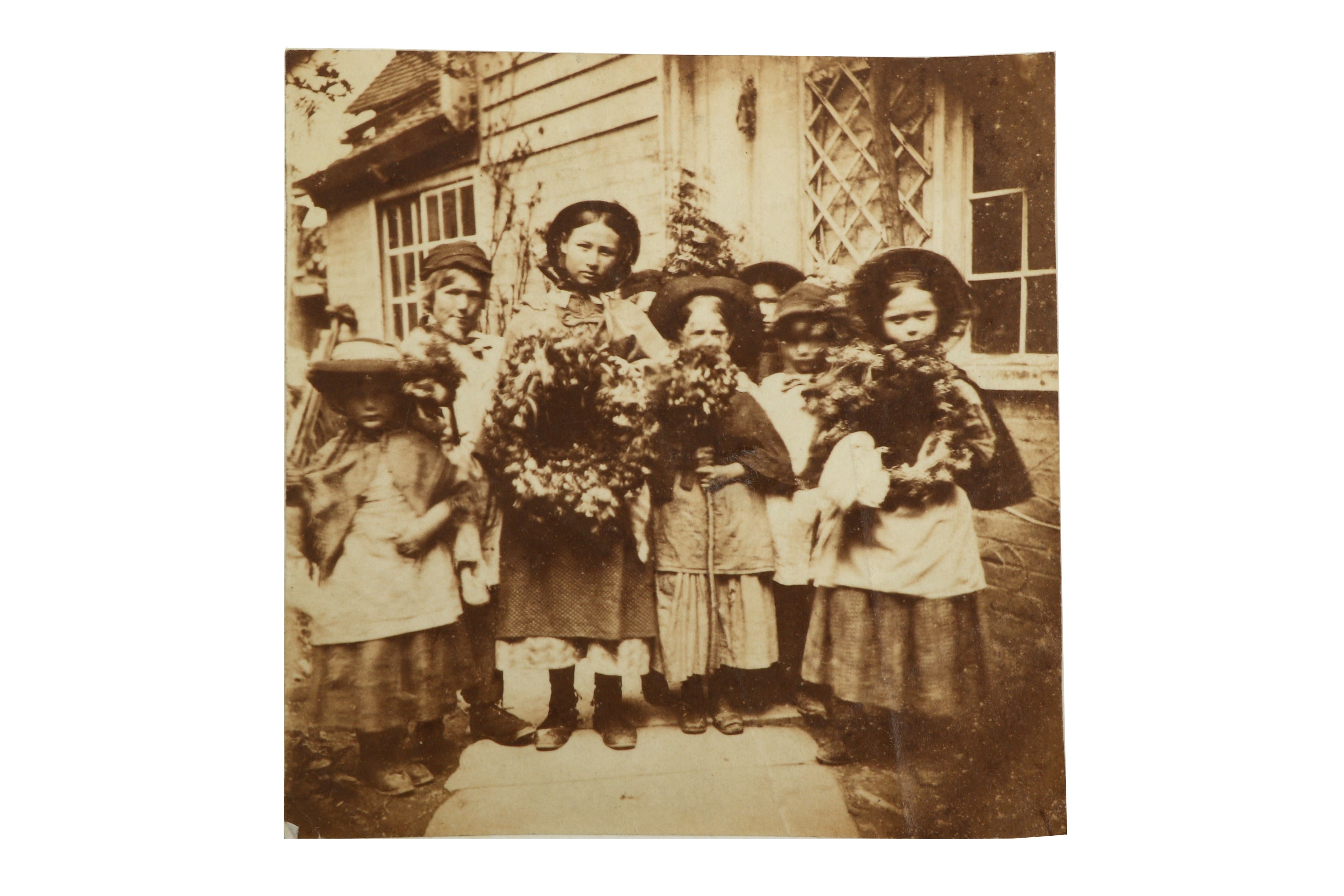 When viewing the album in its beautiful mid 19th-century binding, it becomes clear that these photographs were created for no other purpose than for the photographer’s pleasure and curiosity. For a gentleman who was a trailblazer in so many respects, and shared so much with his community, the album’s contents, containing personal portraiture studies of the people and the places that he knew and loved dearly, communicate with such arresting intimacy a record of the world that Honywood inhabited. Before these photographs were discovered, every record or account of this part of England had been translated via the eyes and hands of an artist, perhaps with the assistance of the camera-lucida or even camera obscura, but still from the subjective view of a draftsman.

What we have here is a beautiful and extraordinary intersection of art and science. William Henry Fox Talbot had developed and patented his Calotype process (from the Greek Kalos, meaning beautiful), just a decade before. Very few people were proficient in this process and fewer excelled with such artistic flair in the way that Honywood did.

The album has a narrative similar to any great artist’s scrapbook, full of experimentation, development and adjustments. However, many of the works contained within are simply breathtaking and when taken out of the album’s context, would compete very successfully hung next to other early photographic masterworks by Charles Negre, Felix Nadar or even Gustave Le Gray. To think that Honywood is yet to take his seat at the table of celebrated 19th-century photographers is very exciting. 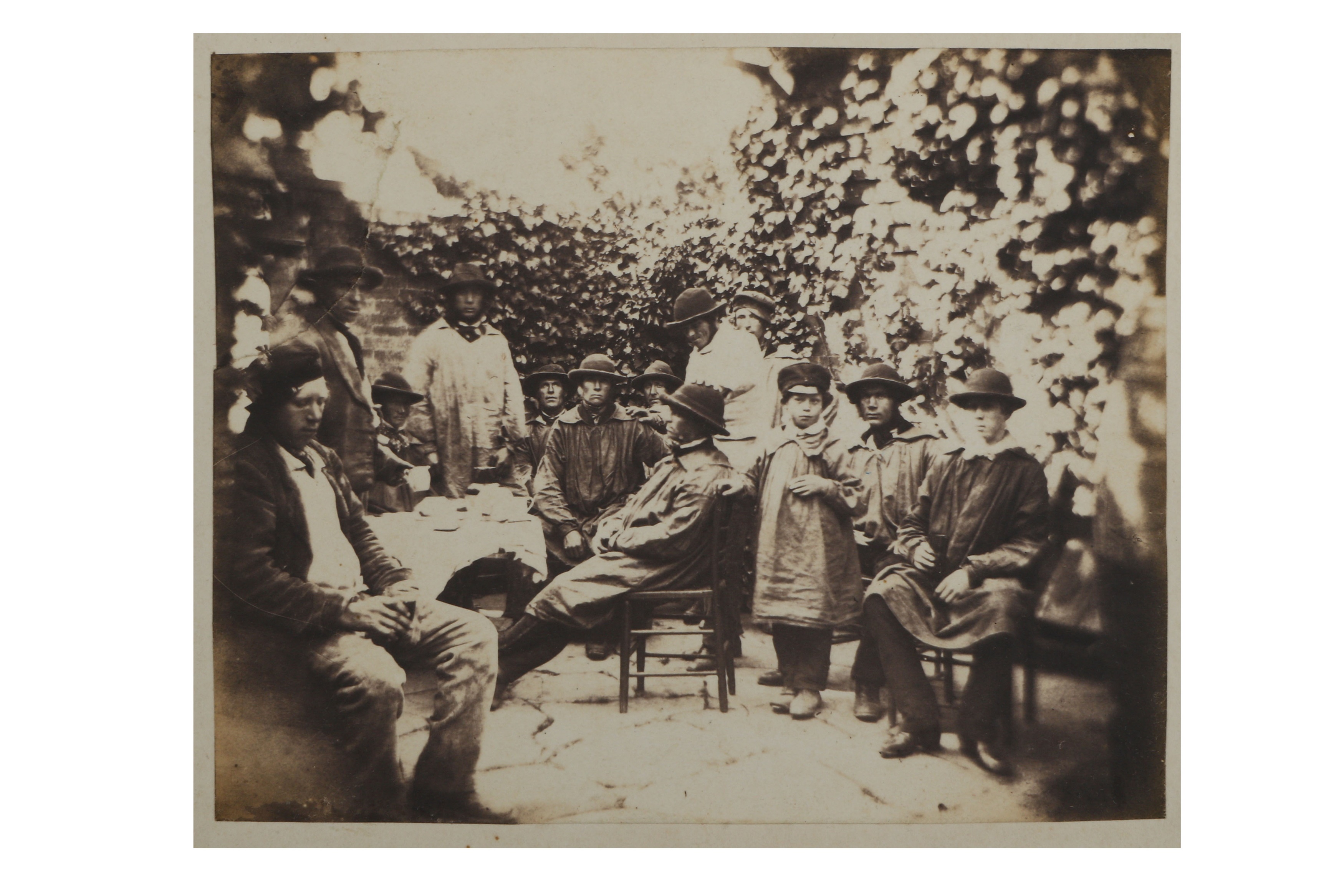 In 2020 the days of truly groundbreaking photographic discovery are, unfortunately, for the most part behind us. When speaking with auctioneer’s and specialists in the field during the 1970s, 80s, & 90s, they speak of a wealth of material that walked in off the street and went on to realise incredible prices for the time. The Photography market was in its infancy. No one really knew how much material there was or when it would end. With the benefit of hindsight, today we know.

This album first appeared on the market in 2011, back then it was an exceptionally rare opportunity - The stream of material had all but dried up by this point. All of the finest, rarest and earliest photography had been ascertained, traded or archived, and in the best cases, fleetingly displayed in top galleries and museums worldwide. The photographic community watched this album go under the hammer then, carrying a rather meagre estimate and realizing a price tenfold.

As the brief custodian of this exceptional object, I am very much aware that it deserves further study, analysis and preservation for future generations. One of the most delightful perks of being an auctioneer is that I have my own opportunity to observe, research and market the things that my clients bring to me and it has been a pleasure to share in its history.

This fine album of early photographs by the talented Photographer, Thomas Honywood of Horsham, West Sussex (1819-1888) will go under the hammer on Wednesday 28 October at 11 am.