The story of how the first book in the Harry Potter series - Harry Potter and the Philosopher’s Stone – came to be published is now part of common folklore. Hawked around by an agent for a year, it was rejected by more than half a dozen major publishers, all of whom felt the book, 90,000 words by an unpublished author, was not worth putting into print.

The book was eventually picked up by Bloomsbury. Prior to printing, they sent galley proofs – a version of a book before final proofreading – to a carefully selected group of children’s book reviewers, critics and booksellers for their comments.

Fiona Waters was among that group of around 12 people. Her comment on the book ended up on the back cover of the first edition. This lot (Lot 69) – the galley proofs of the book and associated exchange of letters between Fiona and Rosamund Walker at Bloomsbury – are the only known surviving set in the world. Philosopher’s Stone, published just under 25 years ago on 26 June 1997, in an initial print run of just 500 books, has gone on to sell 120 million copies worldwide and become the third best-selling novel of all time. A first edition paperback of Philosopher’s Stone, signed by J.K. Rowling, is also part of the sale (Lot 64), with Fiona Waters’ comment printed on the back cover.

Chiswick Auctions is delighted to be able to offer this insight into what has become an iconic work in the history of literature. We caught up with Fiona to discover more about this incredible story.

Chiswick Auctions: Presumably you were one of a very small group of people who were the first to read Harry Potter and the Philosopher’s Stone?

Fiona Waters: Yes, I must have been. Outside of J.K. Rowling’s immediate circle of confidants, the only people to have read the book would have been the publishers who had rejected it, and then a small band who received the galley proofs from Bloomsbury. It seems strange to think that, just over 25 years ago to the day, I was part of a very select club that now boasts hundreds of millions of members!

Chiswick Auctions: Bloomsbury were looking for a positive response to the book – was this something you were asked to do frequently?

Fiona Waters: Yes, I would regularly receive galley proofs or proof copies of new children’s books. As the Editorial Director of Troubadour – the Book Fair Company that purchased children’s books for selling to school children – publishers would often ask for my views, as a way of gauging how many copies to print, but also to use in their marketing campaigns once the book was published.

This was the context within which I was asked to comment on Philosopher’s Stone, and I was very happy to do so and share my positive response with Bloomsbury (in a letter that is part of the lot).

Chiswick Auctions: Can you remember where you were when you first started reading the galley proof?

Fiona Waters: I would usually take proof copies home to read – much more peaceful than the office. But I completed the book when on a train journey across Scotland, which of course was a very apt setting for a Harry Potter novel!

Chiswick Auctions: Did you read it quite quickly? Did the story grip you?

Fiona Waters: Yes, it had a real page-turning quality about it. The story has its roots in the best traditions of children’s literature; an ordinary boy who found himself in extraordinary circumstances. The main character immediately reminded me of Charlie Buckett from Charlie and The Chocolate Factory by Roald Dahl, an ordinary lad who was plucked out of obscurity to find himself in an amazing, fantastical world.

Chiswick Auctions: I know this is difficult, given what has happened since, but did the book immediately strike you as a winner or something very special?

Fiona Waters: No absolutely not! I think that I thought about it in the same way as Bloomsbury: that it was a great story and a good read but that it wasn’t ‘the book of the century’ or anything like that. Then over the next two years or so, it just took off and gathered a huge momentum.

Chiswick Auctions: When you composed your reply to Roz (Rosamund Walker, Children’s Marketing Manager at Bloomsbury), did you think that the ‘Charlie Buckett’ reference in your letter would be the bit that they would pick for the quote on the back cover?

Fiona Waters: Well, that’s the interesting thing. I was very surprised when I saw my quote on the dust jacket! As I’ve mentioned, I was used to being asked for my professional opinion on new children’s books. My comments would normally be used by the publisher as publicity material for the marketing campaign.

So when I wrote my letter to Roz, I wasn’t framing my words with the idea that they would be picked up for the dust jacket. Then when the book came out, there I was on the back. 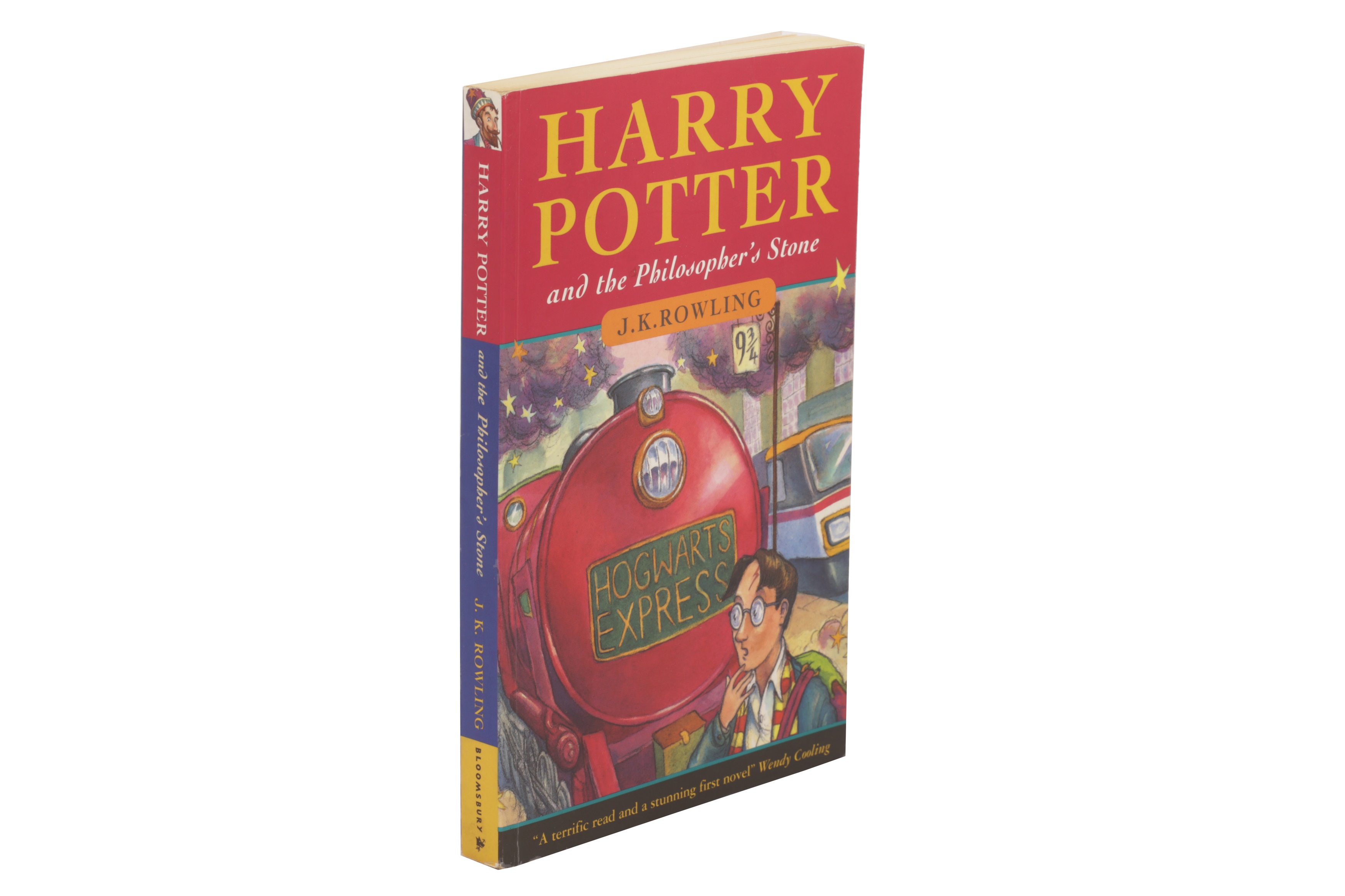 Chiswick Auctions: You were probably one of the first to make the comparison with Roald Dahl, a reflection that was then picked up by other reviewers. He was by far the most popular children’s author at that time and had been for several years.

In your letter to Roz, you mention about the design of the dust jacket. What was your thinking here?

Fiona Waters: I felt this was something to get absolutely right, particularly if the book was to appeal to boys. They did send me a proof of the cover, which of course I have looked for since, but can’t find. I think in later editions, they worked with an artist that better illustrated a world full of magic and spells.

Fiona Waters: I have! Out of the initial 500 print run, I think 300 were purchased by libraries, leaving relatively few copies for everybody else, which is why I think she forgot to send me a copy. The fact is…I would not have thought anything more about it at the time. I was always reviewing books, and publishers often forgot to send me final copies. That was par for the course, so I just forgot about it. Then of course later on, it became this huge thing.

Chiswick Auctions: Thank goodness you kept the galley proof and the associated letters. We have done some research and believe that this is the only known surviving set. The exchange of letters provides this wonderful background story. Was it common practice for you to keep such things?

Fiona Waters: No it wasn’t common practice at all. I received so many proofs of books that I would recycle them afterwards rather than keep them. It was mere luck that this copy and the letters survived, stored in an old A4 wallet folder, which I discovered when I retired and was going through all my old paperwork. 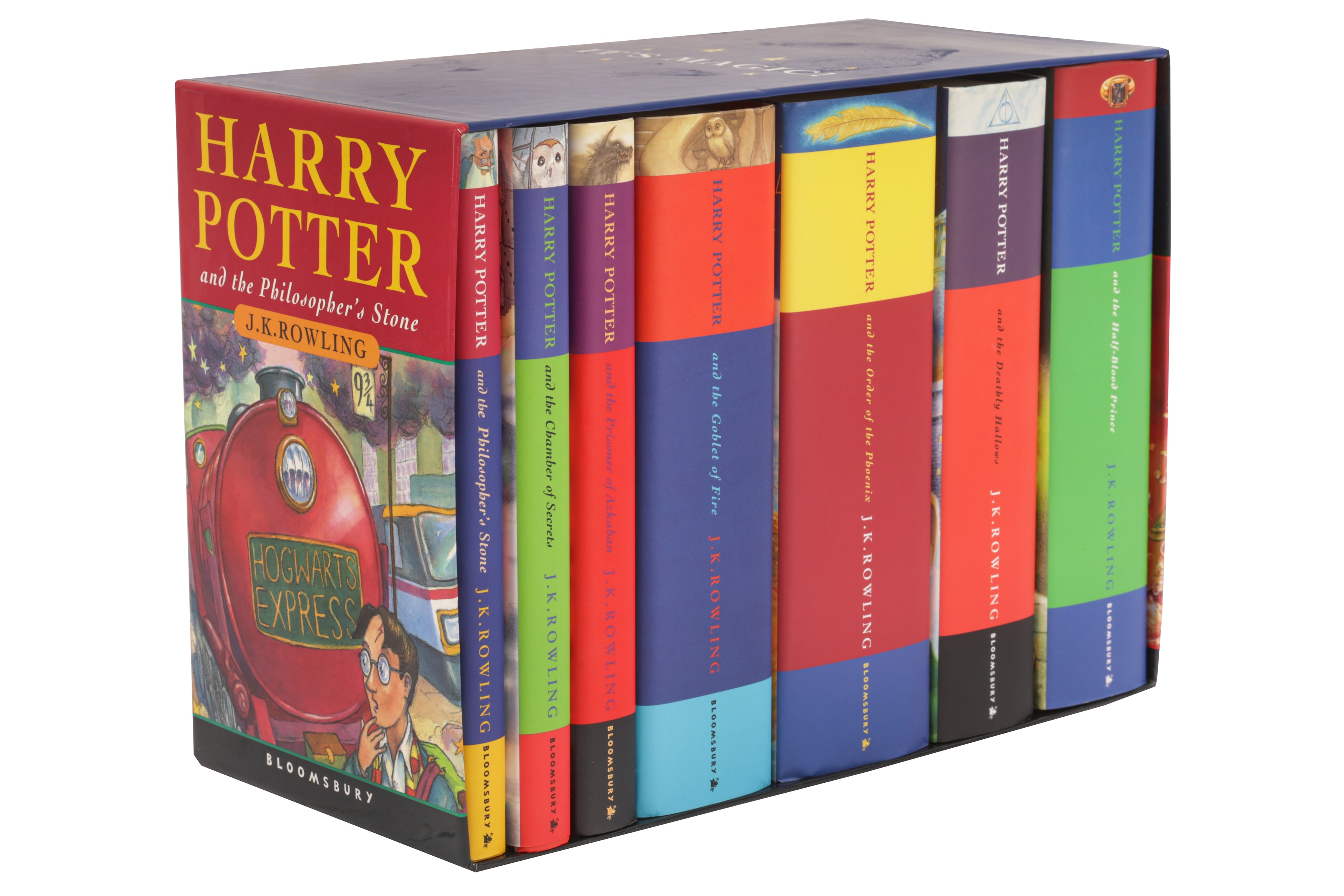 Chiswick Auctions: What do you think accounts for the enduring popularity and success of the Harry Potter franchise?

Fiona Waters: The books have now become ’classics’ and sit alongside works by C S Lewis or Roald Dahl – books that turn a lot of children into readers. The franchise has moved from a cracking good series of stories to something every parent will buy for their children, and they in turn will buy for their own children.

The wonderful thing about Harry Potter is that it made boys read. Boys have never been great readers, but the enormous appeal of the stories attracted boys as well as girls. It also got children over the hurdle of reading big fat books, such as Goblet of Fire or Order of the Phoenix.

The books were brilliant for the children’s book trade and opened up many possibilities. And of course, I am very proud to be part of the history of Harry Potter.

Chiswick Auctions: Fiona, thank you very much for talking to us about this unique lot.

List of all the Harry Potter lots in the sale

Lot 62: 3 novels signed by the author

Lot 65: Chamber of Secrets, paperback, signed by the author

Lot 66: Chamber of Secrets, hardback, signed by the author

Lot 67: Deathly Hallows, hardback, signed by the author, plus ephemera

Lot 68: All novels, all First Editions, all signed by the author, boxed set 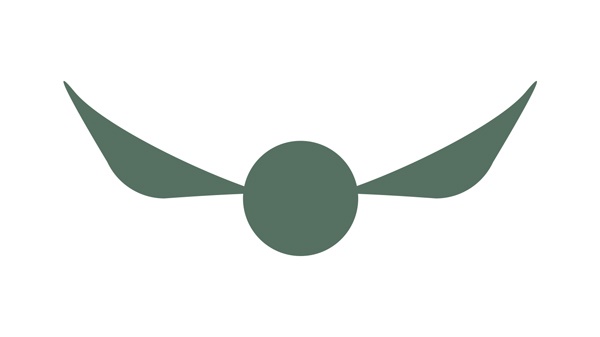