The first Chiswick Auctions Jewellery auction of 2021 was a strong success proving the trend for jewellery at auction is still on the up. In total the auction, held on Friday the 28 May, achieved 174% sold by value and 85% sold by lot.

The star of the show was an Art Deco diamond and rock crystal Cartier brooch, formerly owned by the New York socialite Miss Augusta McCagg. Offered in their West London saleroom for a pre-sale estimate of £12,000-15,000, after competitive bidding from more than a dozen telephone bidders as well as online bidders, the lot finally sold for a £150,000 including Buyer’s Premium.

Lot 189: An Art Deco diamond and rock crystal lapel brooch, by Cartier, circa 1925

Head of Jewellery, Sarah Duncan GG said, “This Cartier label brooch is a wonderful example of the early influence Indian art had on the jewellery being created by Cartier. Dating to circa 1925, the finely pierced setting shows Indian themes while embracing a highly monochrome colour palate, typical of early Art Deco jewellery. This combined with Cartier’s pioneering use of rock crystal, makes this a striking example from arguably the firm’s most important period of output. Extensive research into the family history and connections, compounded by the fact that this piece has never before been on the open market, made it very desirable to our international bidders.”

Miss Augusta McCagg, was born in New York in 1895 to Louis B. and Edith E. King McCagg. The family split their time between Newport, Rhode Island and New York City. Miss McCagg was related to some of the most prominent families in America including the Kings, the Fishs, the Browns and the Vanderbilts. 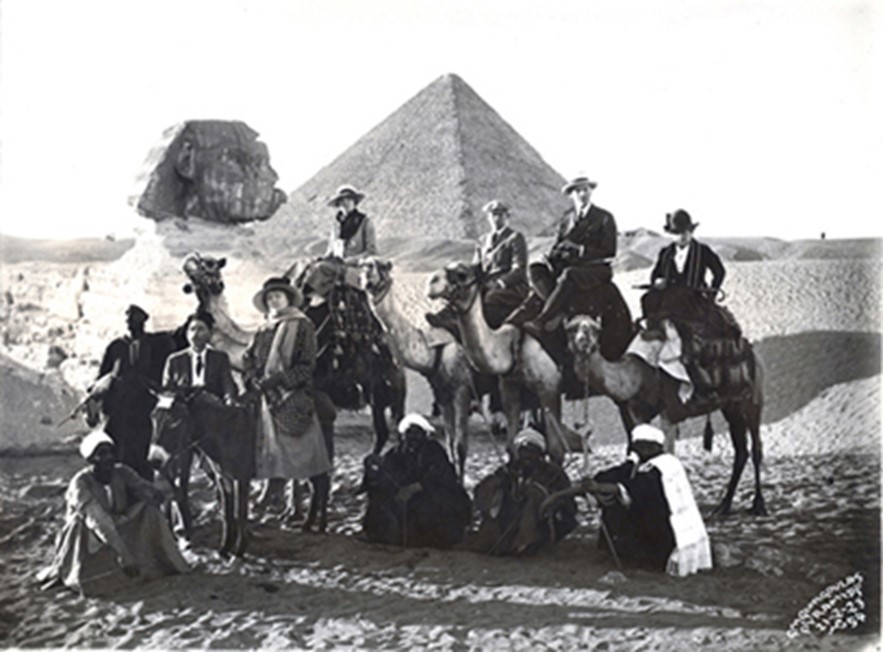 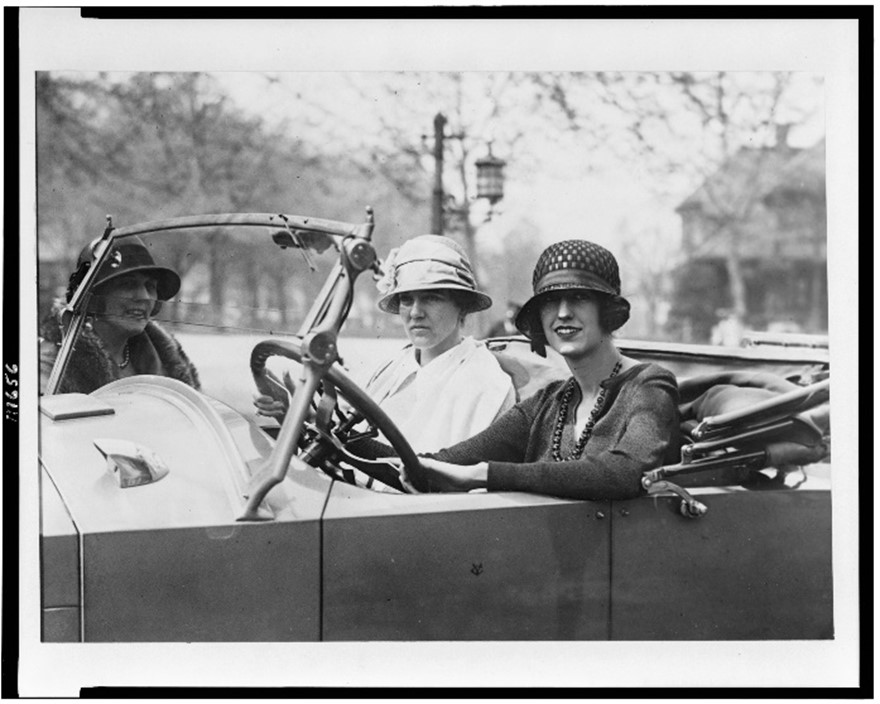 Cornelia Vanderbilt collecting her bridesmaid Augusta McCagg (centre) from the station before the wedding, 1924. Image courtesy of the Library of Congress.

During the Second World War, Augusta led civilian defence and organized the ambulance service of the Newport Chapter of the American Red Cross. Later she was a member of the Newport Country Club where she won golf championships. 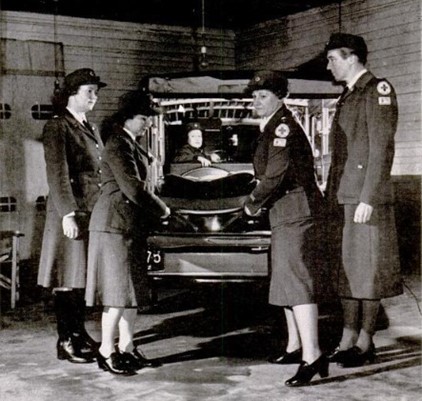 Augusta McCagg never married and passed away in 1965. The brooch has since been passed down through the family, now living in the UK. In total, a dozen pieces consigned by the descents were offered, including an early 20th century pocket watch by Tiffany & Co. which sold for £4,700 including Buyer’s Premium (Lot 183; estimate £1,200-1,500) and an Art Deco 3 carat diamond and sapphire ring which sold for a hammer price of £33,750 including Buyer’s Premium (Lot 188; pre-auction estimate £7,000-9,000).

The auction also featured a wide selection of the ‘Brilliantly British’. Of note was a Private London Collection from a personal friend of Wendy Ramshaw (1939-2018) which was 100% sold. The collection achieved more than 230% of its preauction total. Ramshaw who just passed away at the end of 2018 was a celebrated English jeweller who’s highly collectable works can be found at the V&A, the British Museum, the Metropolitan Museum of Art in New York and The National Museum of Modern Art in Kyoto. Highlights from this collection included two of Ramshaw’s iconic ring towers, one made of gold and diamonds which sold for £3, 250 including Buyer’s Premium, the other of silver and moonstone which achieved £2,176 including Buyer’s Premium (Lot 3, pre-auction estimate £500-700). 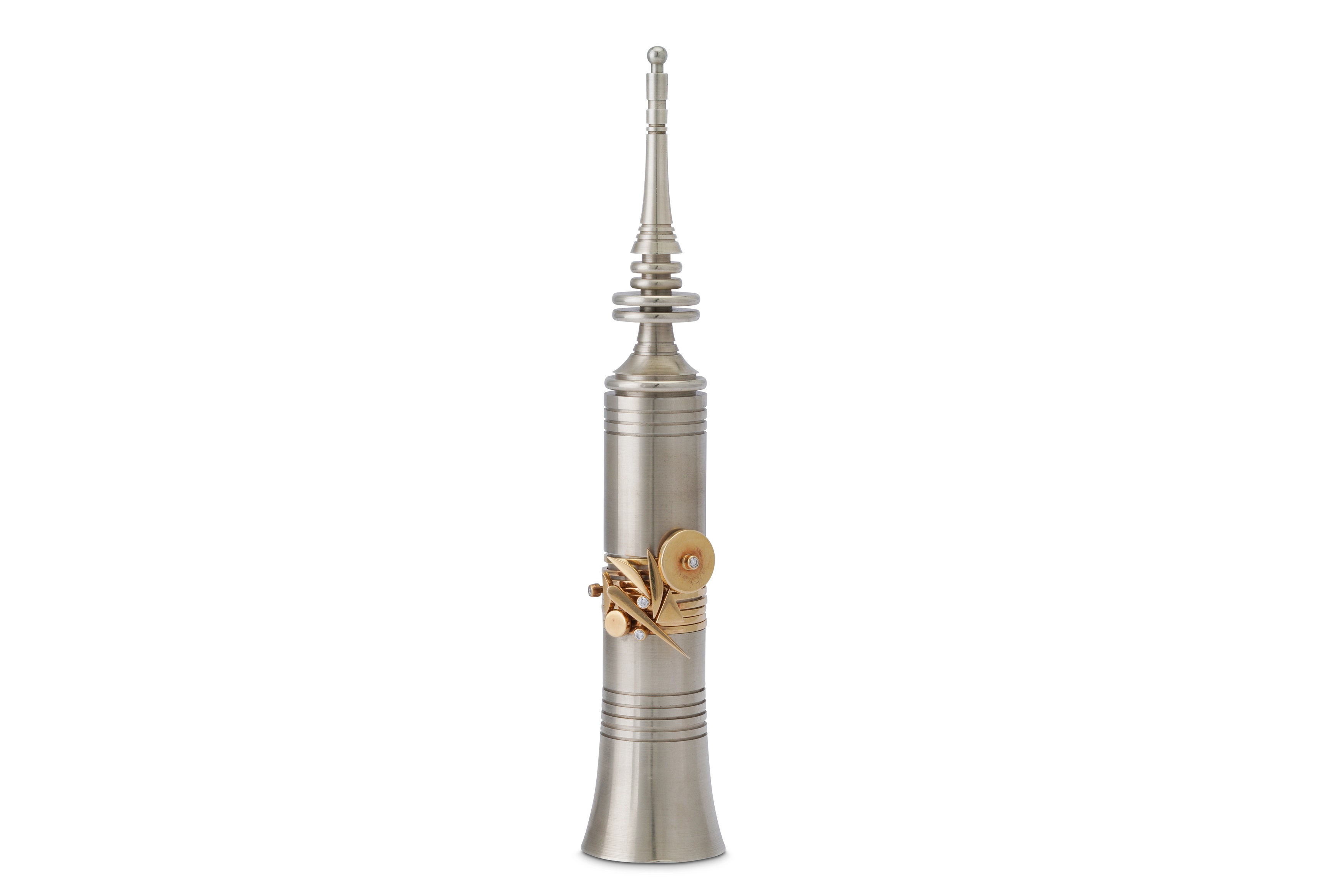 And of course, no jewellery auction would be complete without some showstopping diamonds. We offered a selection of certified large diamonds which were all sold including:

If you would like a free and confidential valuation or to discuss the market further please contact: