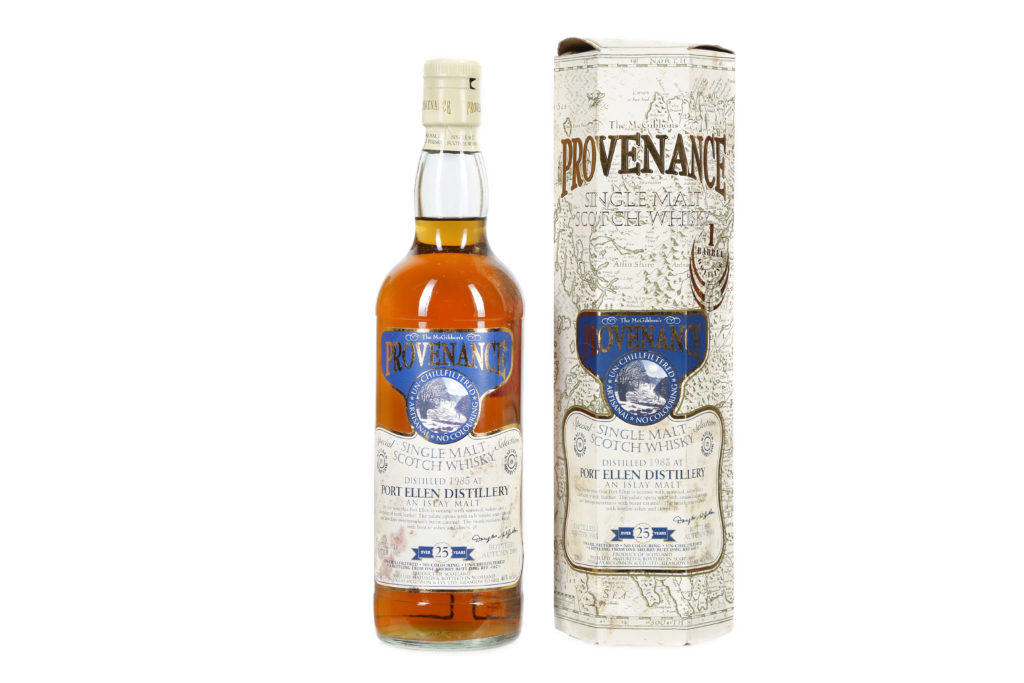 The forthcoming auction of Wine & Spirits taking place on 13th June offers a fine selection of Port Ellen Single Malt Whisky from the remote island of Islay, which has developed cult status amongst collectors and become one of the most sought-after whiskies in the world following the closure of the distillery in 1983. 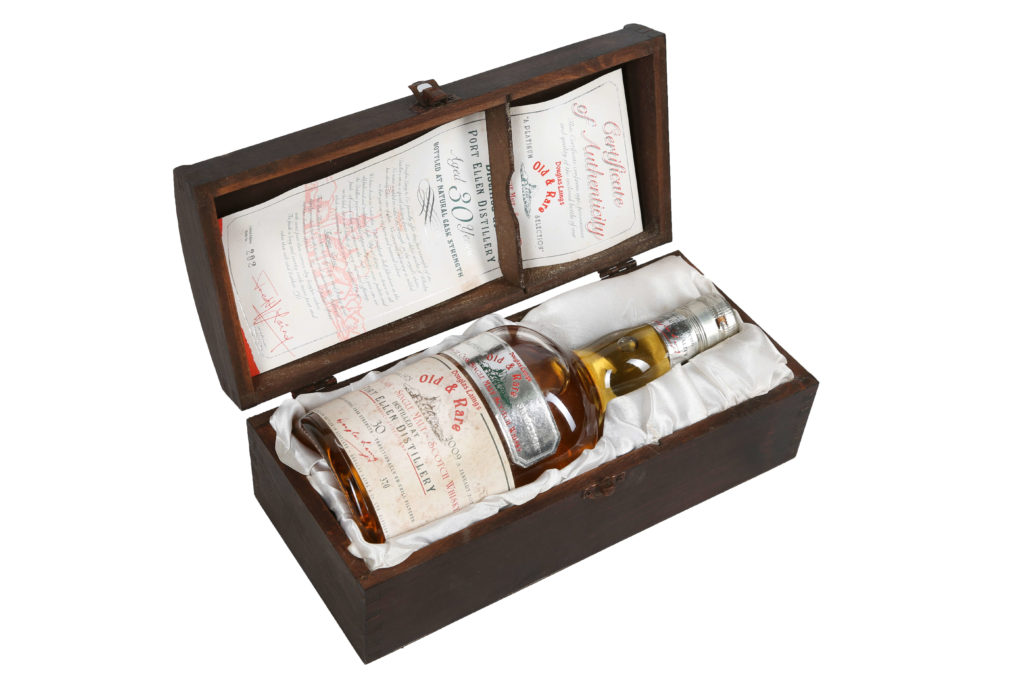 Established on the south west coast of Islay in 1825 by AK Mackay and Co and with a tumultuous history ever since, the Port Ellen distillery experienced several changes in ownership before 1836, when it was taken over by John Ramsay. The distillery then remained in the family until 1920. Port Ellen led the way to become both the first distillery to trade with North America in 1848 and to incorporate Septimus Fox’s spirit safe design into the distillation process.

Following John Ramsay’s death, the distillery was sold and closed indefinitely in 1929. Although the maltings and warehouses remained in use, no distillation happened until 1967, when Port Ellen commenced production once again. It was during this period that the distillery became much admired by whisky connoisseurs and the single malt was hailed among the finest to be made on Islay.

The story today is very different to the one in 1983, when the distillery closed again due to a lack in demand. Since its closure 35 years ago, many whisky aficionados have named Port Ellen as one of the finest lost or ‘ghost’ distilleries in Scotland. Prized for its rare character and remarkable quality, it is now one of the most highly prized of the Scotch whiskies and reflects the demand for Scotch single malts, which has grown exponentially in recent years.

Port Ellen stocks are owned by multinational alcoholic beverages company, Diageo, who since 2001 have released a certain amount each year. Supplies are dwindling and the regularity of these releases has not improved. However, following a major investment by Diageo and much to the delight of whisky enthusiasts, Port Ellen is set to reopen in 2020. Nevertheless, until then Port Ellen single malts are becoming increasingly rare, more difficult to sample and continue to fetch high prices at auction.