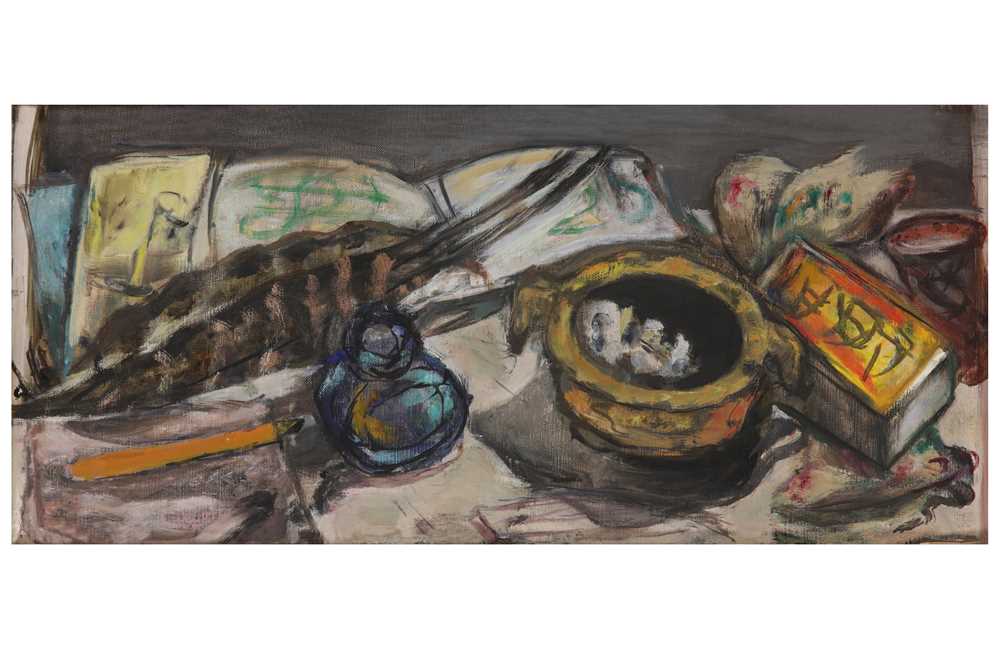 Painted in 1960-61. The artist's choice of a narrow horizontal canvas suggests a debt to Max Beckmann. The format was one that the German painter often deployed when painting still-lifes, as it allowed him to imbue apparently humdrum items spread out across the canvas with enigmatic meaning. In like style, as well as the items in the title, Marie-Louise includes an open book, two feathers and a biro. Although an apparently prosaic selection, the book and quills in particular may well be a reference either to her relationship with the writer Elias Canetti, or to her late brother Karl.