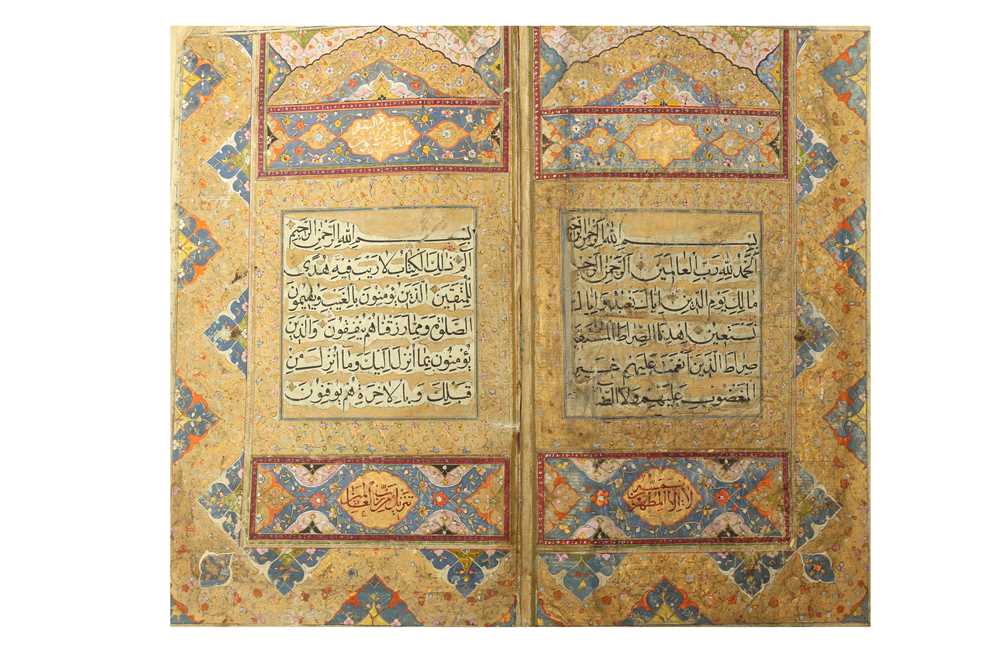 Arabic manuscript on paper, 257ff. plus four fly-leaves, each folio with 15ll. of clear naskh script in black ink on light blue laid paper within black, gold, red and blue rules, the opening bifolio illuminated with cobalt blue cusped cartouches amidst a golden ground of rosettes and colourful flowers in red and blue hues, presenting the typical lobed arches at the top of the page above the first two sura headings written in white ink against an illuminated gold ground, the cartouches outlined in orange, the other sura headings with a similar arrangement, marginal marks and shams in gold, text marks mostly in red, catchwords in black ink on the lower-left corner of the verso, aya markings in gold circles, dated 1233 AH on the last page and signed by the calligrapher Mohammad Hossein Khobushani (from Khorasan), in a tooled brown leather binding with a central grid panel filled with cusped dark brown arabesques and golden Chinese clouds motif in relief, the borders gilt, the text panel 24cm x 14.6cm and the folio 32cm x 20.5cm.