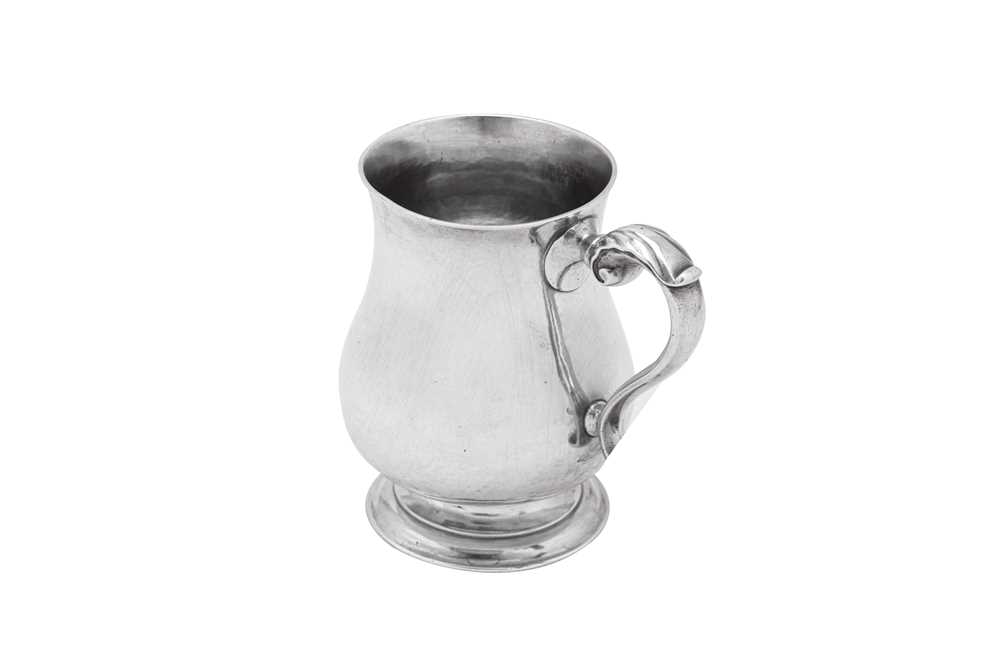 Of baluster form upon a spreading circular foot, an acanthus capped C scroll handle. The underside engraved with initials E A, then slightly later with E J, forming a quartet in Roman script. Marked with town mark and makers mark DCF.

Daniel Fueter was born in Berne, Switzerland on 14th April 1720. He worked there as a silversmith until he took part in a conspiracy with the poet Samuel Henzi to overthrow the aristocratic government. In 1749 he was caught and sentenced to death, but he managed to escape to London where he entered his maker's mark at Goldsmiths' Hall on 8th December 1753 with his address as "King's Road, Chelsea, next door to the Man In The Moon." (Samuel Henzi was beheaded on 17th July 1749).

His stay in London could not have been for long as he was advertising as a silversmith in New York in May of 1754 with the address of "Near the Brew-house, facing Oswego Market". In 1763 he relocated to Dock Street, New York. On the 31st July 1765 he took the oath of the Colonial Naturalisation Act of 1740. By 1779 his son, Lewis Fueter, had taken over the running of the family business as his father returned to Berne.