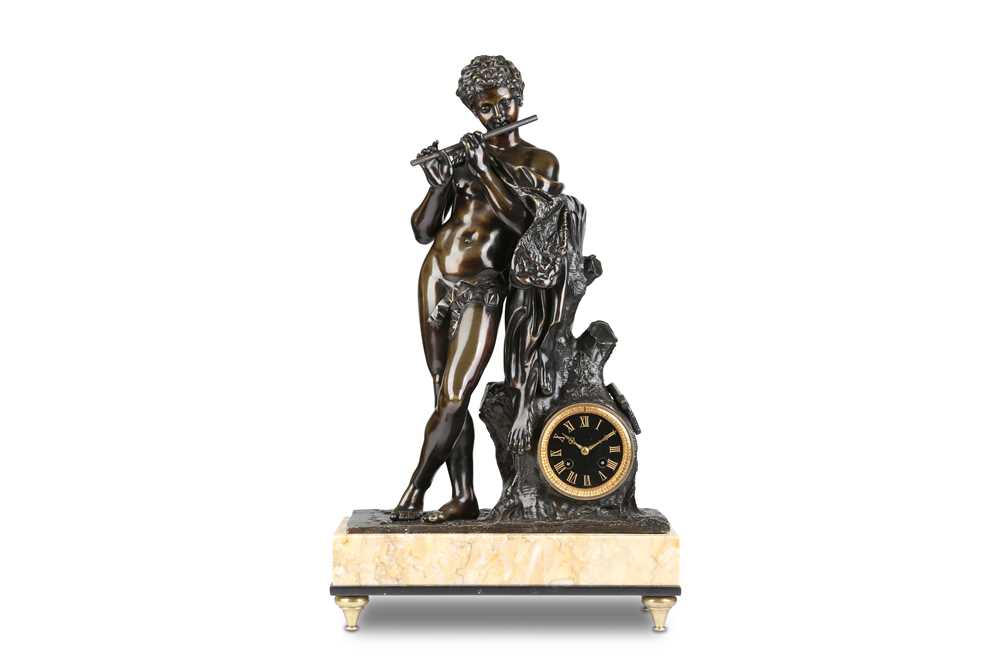 The bronze model of the satyr is based on the Antique Roman original marble now in the Vatican. An example is in the Spanish Royal Collection in Madrid.