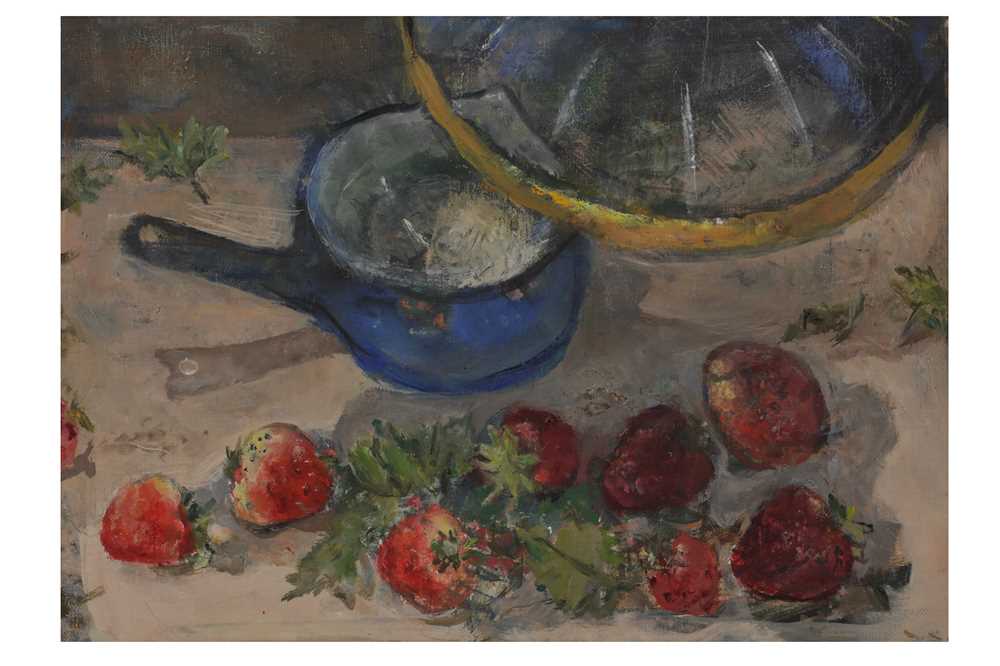 The success of the exhibition of Motesiczky's work at the Goethe Institute in London in 1985, was followed by an exhibition at the Fitzwilliam Museum, Cambridge. The present work was in both shows, and Professor Michael Jaffé, Director of the Fitzwilliam at the time, mentioned in a letter he wrote to Motesiczky how complimentary the painter Derek Hill was of the work. 'You may like to know that Derek Hill came this morning; and he shares my great admiration for your latest masterpiece in portraiture. He liked a number of other things, including a tall landscape which we were unable to include in the hang for lack of space in our Gallery. And he liked the small Still life with Strawberries 1982' [the present work]. (quoted in Schlenker p. 455).