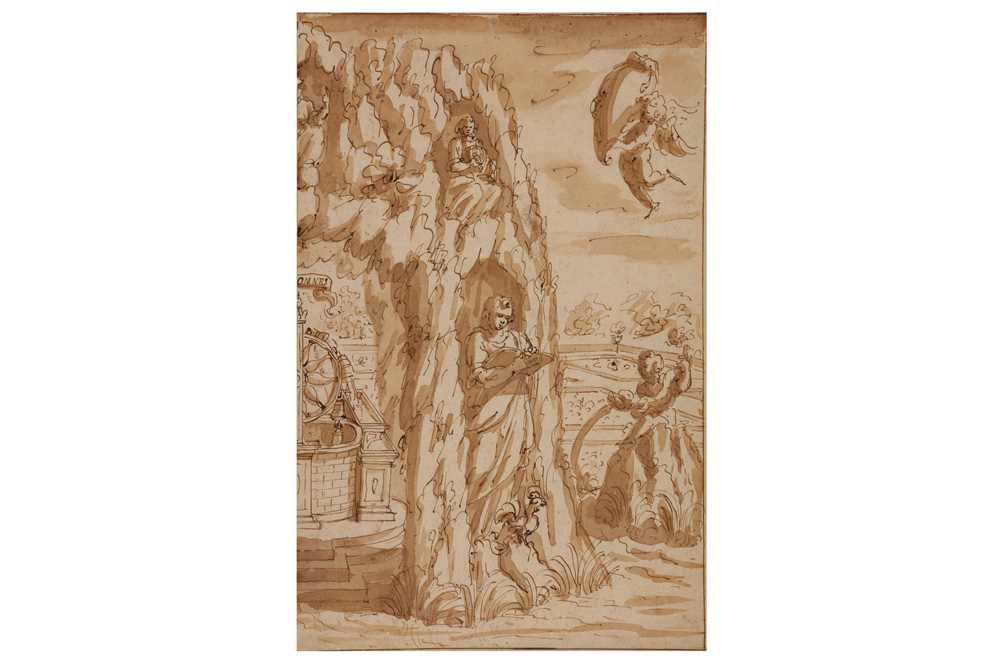 The present work is a design for a frontispiece by a student at the Accademia degli Aristofi, the scholarly body formed within the Jesuit Collegio di Brera in Milan in 1593. Also referred to as the Accademia partenia, it was dedicated to the Virgin Mary, whose symbol of lilies also referenced the apparent purity of its students. The left half of the present works sketch depicts a well in a garden above which a waterwheel gushes forth water. Over the wheel is the Latin motto [Vna] Omnes (all together). The iconography of the fount of sparkling water, the engineering of the wheel and the call for collaboration evokes the principles and interests of the Accademia degli Aristofi, and was an iconography first adopted by an anonymous hand circa 1597 (Biblioteca Nazionale Braidense, Milan).(1)

Jenifer Montagu has pointed out that the cartouche held by a putto to top right of the design would have been for the arms of the dedicatee.