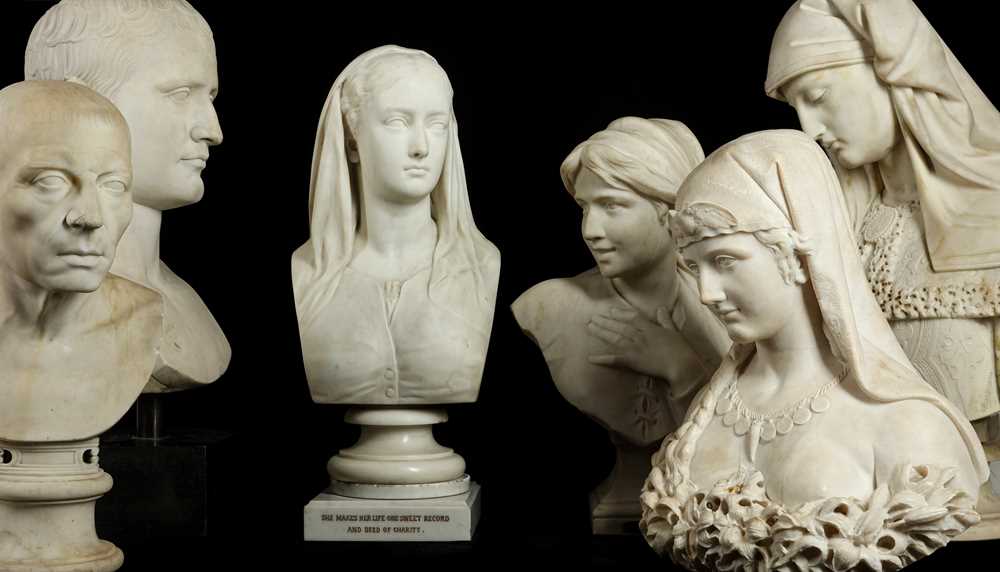 D. DAVIS (ENGLISH, 19TH CENTURY): A LATE 19TH CENTURY MARBLE BUST OF CHARITY DATED 1878 the youthful maiden depicted with a headdress and wearing a blouse, looking down and to sinistre, the reverse signed 'D. DAVIS FECIT 1878', and inscribed 'SHE MAKES HER LIFE ONE SWEET RECORD AND DEED OF CHARITY. LONGFELLOW', the square plinth similarly inscribed with gilt lettering, 67cm high overall

This bust depicts a girl from H.W. Longfellow's poem on slavery, 'The Good Part, that shall not be taken away', which describes her thus:

"Her soul, like the transparent air
That robes the hills above,
Though not of earth, encircles there
All things with arms of love.

And thus she walks among her girls
With praise and mild rebukes;
Subduing e'en rude village churls
By her angelic looks."