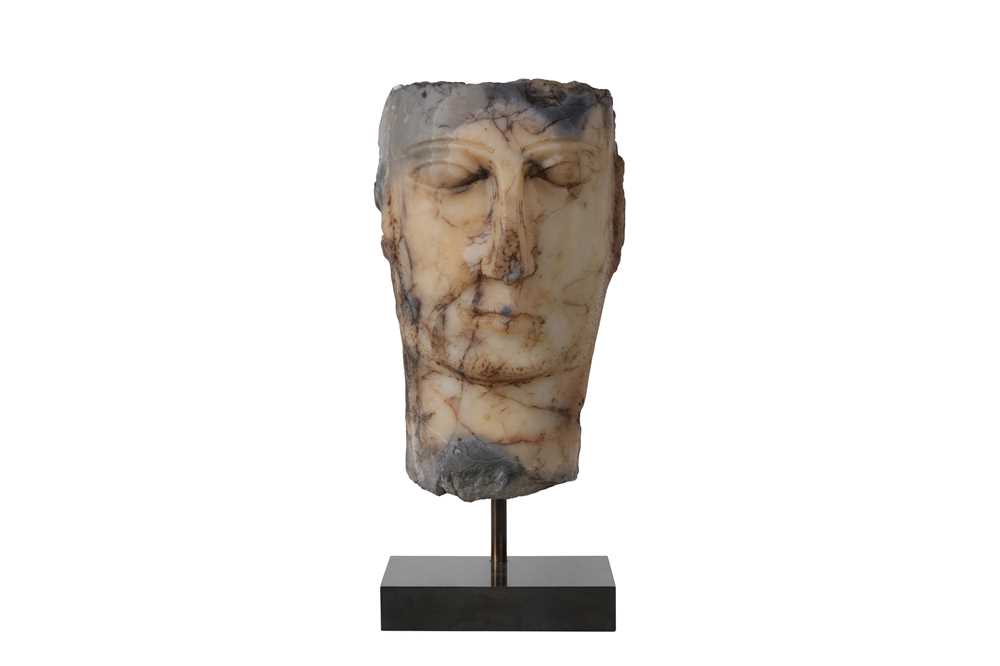 A SOUTH ARABIAN ALABASTER HEAD, CIRCA 1ST CENTURY B.C. - 1ST CENTURY A.D. the narrow, spade-shaped face with incised brows, the convex eyes with thin lids, with a long triangular nose and a small mouth, the chin prominent, the back of the head and neck roughly finished, likely once set in a niche, set on a metal stand, the head 23cm high, 30cm high in total

Provenance: A Private Collection of a Diplomat, 1970s