In the 1980s, London was lagging behind New York and West Berlin as an art centre.  There were far fewer contemporary art galleries and little in the way of a postmodern art scene.  That was until the Young British Artist’s (YBAs) came to the forefront of the British Art scene.  The art of the YBA’s was characterized in a similar way to that of their Postmodern counterparts; the breakdown of distinctions between high and low culture, the use of appropriation, a rejection of fine art materials and a focus on spectacle.  The YBA’s were notorious for their outlandish shock tactics.  They aimed to shock their audiences with gratuitously violent imagery, brazen use of pornography and their desire to push the boundaries of conceptual art.  They were also notable for their open and experimental approach towards materials and processes.  This was hugely influenced by Sir Michael Craig-Martin CBE RA, an Irish-born contemporary and conceptual artist and painter who led the Fine Art program at Goldsmiths College of Art in London between 1987 and 1990.  During this time, many of the artists associated with the YBA movement studied on his program and were inspired by Goldsmith’s abolition of the traditional separation of media (into painting, sculpting and printmaking etc.) 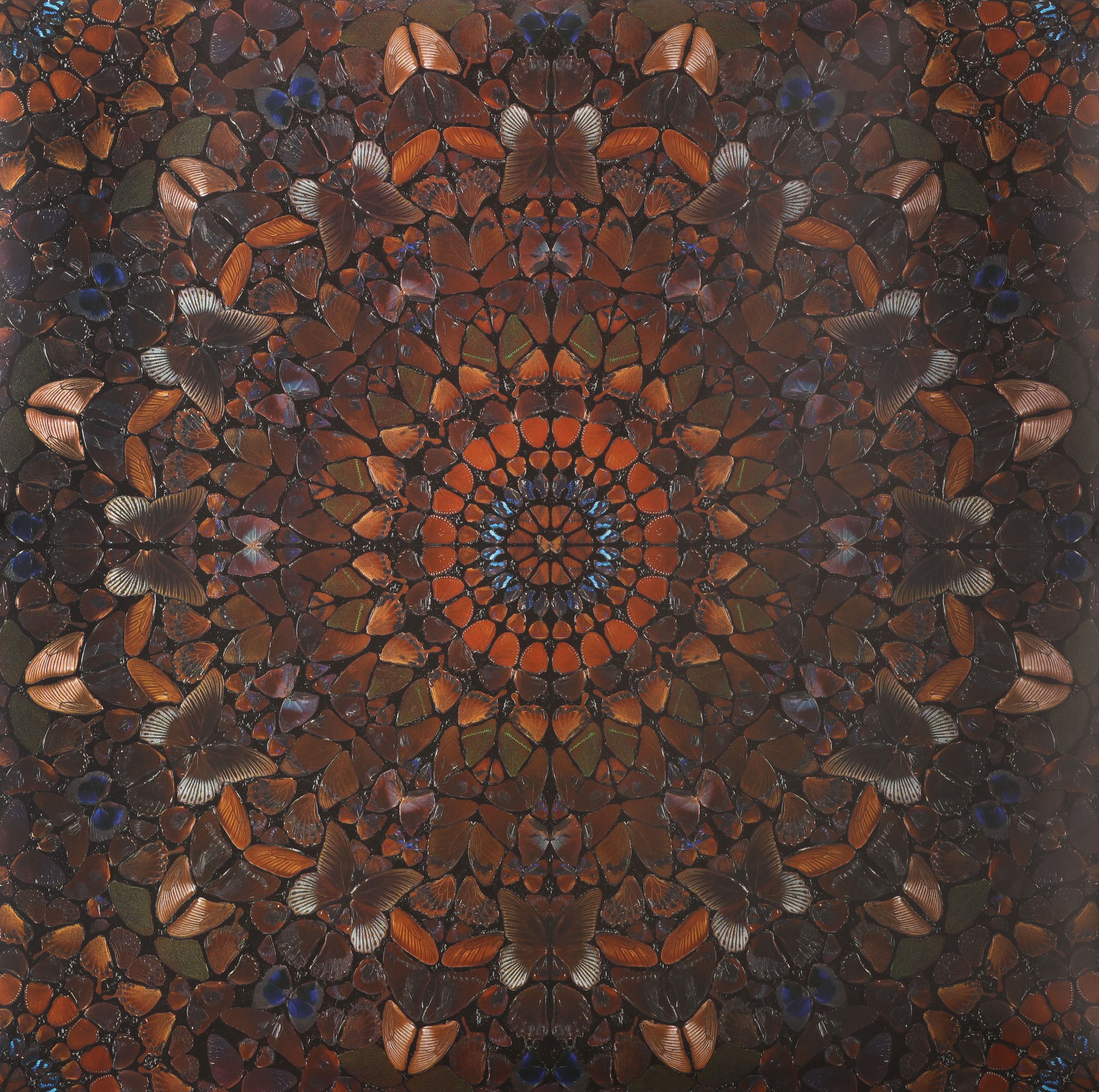 During his second year at Goldsmiths College of Art in 1988, Damien Hirst, perhaps the most notorious YBA, curated Freeze, an exhibition which was heralded as the beginning of the group’s dominance.  The exhibition was held in an empty London Port Authority building in London Docklands, a cheaper alternative to a mainstream gallery.  Hirst invited his fellow students to exhibit alongside him.  This included Sarah Lucas, Mat Collishaw, Angus Fairhust, Anya Gallaccio and Michael Landy.  Sir Michael Craig-Martin used his connections to bring important museum curators Norman Rosenthal and Nicholas Serota to the show.  It was also at the Freeze exhibition that the group first caught the attention of art collector and advertising mogul Charles Saatchi, who would later become their best -known patron and sponsor.  It was after this exhibition that he decided to use his considerable financial sway to promote the YBAs, rather than the German and American artists he had previously favoured.  Charles Saatchi and his investments helped to publicise the group’s work through exhibitions such as Sensation in 1997 at the Royal Academy.

International interest in British art had been growing during the 1990s and new gallery spaces were being set up including Jay Jopling’s White Cube, Sadie Coles HQ and Maureen Paley’s Interim Art. In 1997 the Royal Academy housed the huge survey exhibition Sensation, curated by Norman Rosenthal and collector Charles Saatchi.  This exhibition featured 110 works by 42 artists and went on to tour New York and Berlin, which helped promote the artists internationally.  Works in the exhibition included Tracey Emin’s tent, Everyone I have ever slept with, Damien Hirst’s infamous shark suspended in formaldehyde, Marc Harvey’s Myra, which caused much public and media furore, and Marc Quinn’s Self.   The latter, a cast of Quinn’s head, immersed in frozen silicone, is created from ten pints of his own blood kept at sub-zero temperatures. This is arguably the purest form of self-portrait, made both by and of the artist. In this way, the materiality of the sculpture has both a symbolic and real function. The work was made at a time when Quinn was an alcoholic and a notion of dependency – of things needing to be plugged in or connected to something to survive – is apparent since the work needs electricity to retain its frozen appearance.  In our June Urban & Contemporary Art auction, lots 840 and 841 were both a collage and acrylic paint versions of Self in blue and red respectively.  These were created by Quinn in 2006.  This is typical of Quinn who produces a new edition of Self every five years; the change in appearance provides an interesting study in decay and comments on humanity’s dependence on modern infrastructure, as the sculpture’s continued existence relies on a constant flow of electricity. The artwork launched him to fame when it first appeared and has become one of the most enduring images of the YBA movement.  Included in the same auction, we also have five works by Damien Hirst.  These comprise of two drawings (lots 720 and 721, which sold for £1,625 and £2,000 respectively, including Buyer's Premium) and three gravure prints (lots 722, which sold for £875 including Buyer's Premium, lot 723 and lot 724, which sold for £750, including Buyer's Premium).