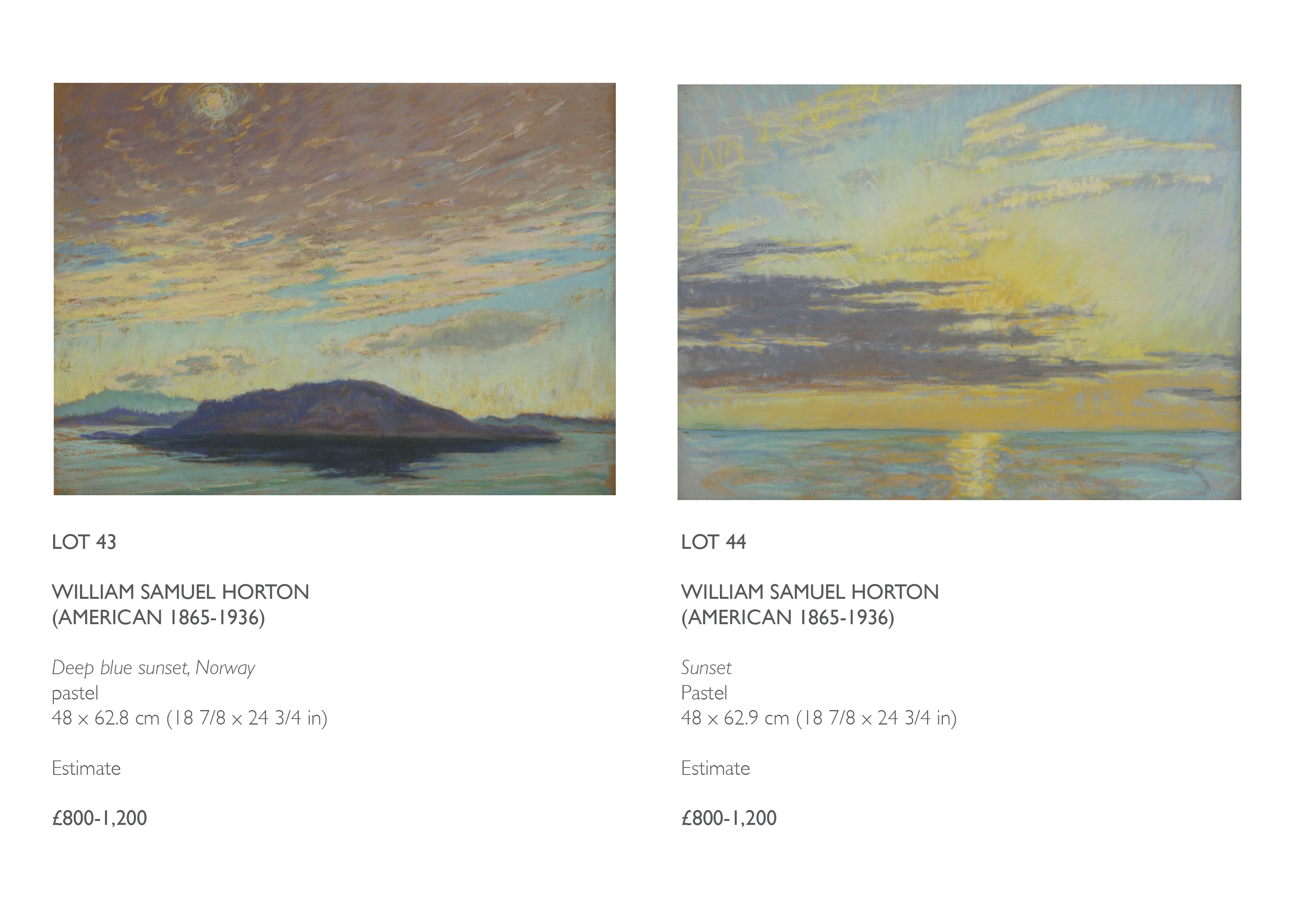 W.S. Horton grew up in a wealthy family, leaving home in 1883 to study at the Art Institute of Chicago and the Art Students League of New York. In 1892, Horton married the New York debutante Carlotta Lorrie Gray and in 1893 they moved to Holland, later settling in Paris where Horton joined the Académie Julian art school. It was Paris that perhaps had the greatest influence on the artist’s stylistic development, whilst studying in the French capital he befriended and worked closely alongside some of the leading Impressionist artists including Whistler, Pissarro, Degas and Monet. 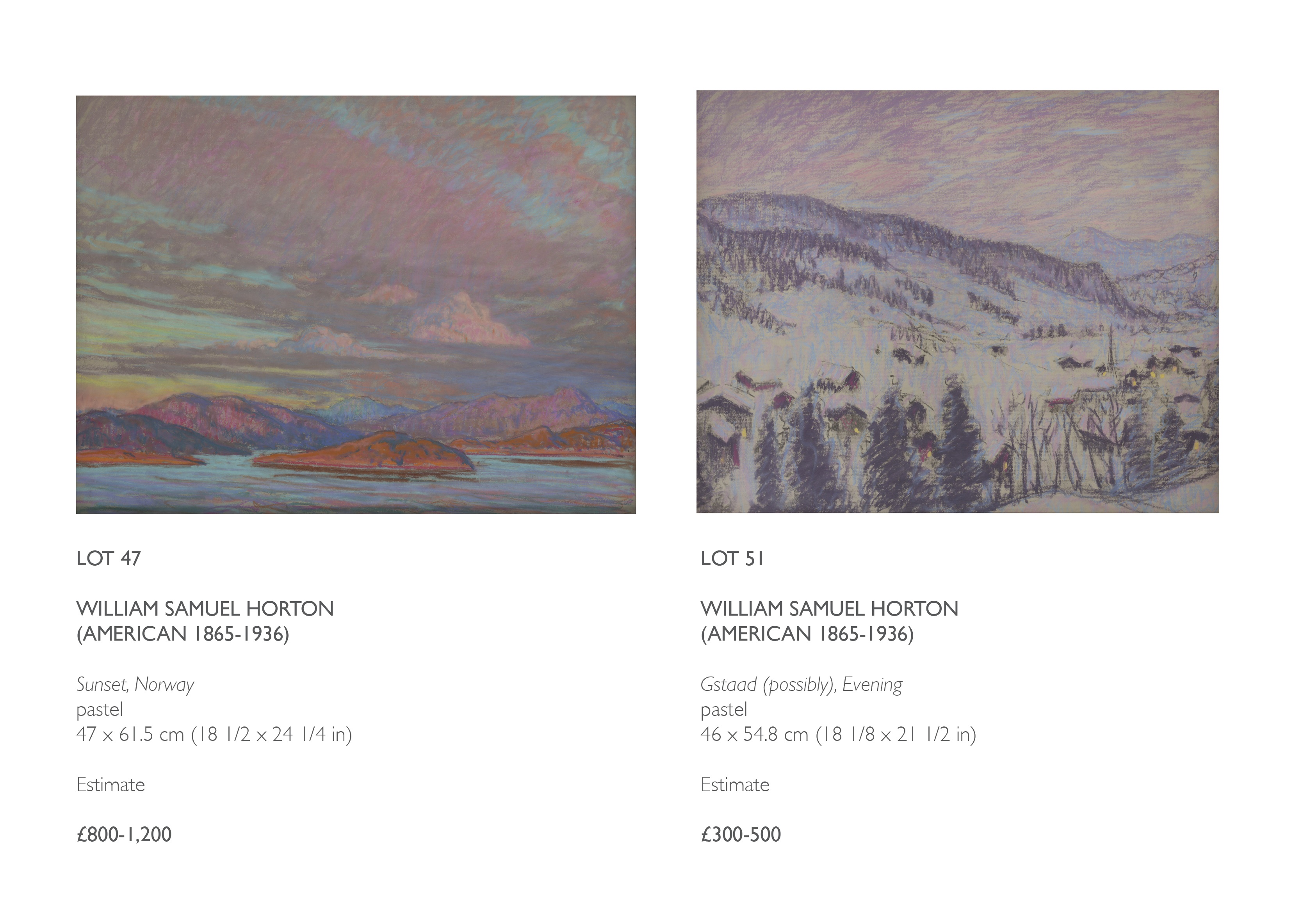 In 1918 Horton moved to England, continuing to travel often to Europe, painting and sketching scenes in Switzerland, France and Italy. During his travels the artist developed his own Impressionist style, and like Monet focussed on the effects of light on colour, atmosphere, form, shadow, and shapes. Like the founding Impressionists, Horton painted the same motif or scene at different times of the day, studying the effect of the light. Examples of this method include his 1934 dramatic sunsets and sunrises over the coastal fjords, planes and mountains of Norway, his recognisable cityscapes of the New York skyline, most notably of the Ritz and Heckscher towers (1924-1930) and his snowy landscapes of the Swiss Alps. In 1935 the artist travelled to Asia (China, Singapore, India and Indonesia), continuing to paint and sketch, including on board ships.