Three rediscovered works by John Constable to be offered at auction

Following on from the success of the sale of a newly-found work by the revered English artist John Constable (1776-1837) in March of this year, we are delighted to offer three further rediscovered works in its upcoming sale of British & European Fine Art including Portrait Miniatures on June 19th, 2019. 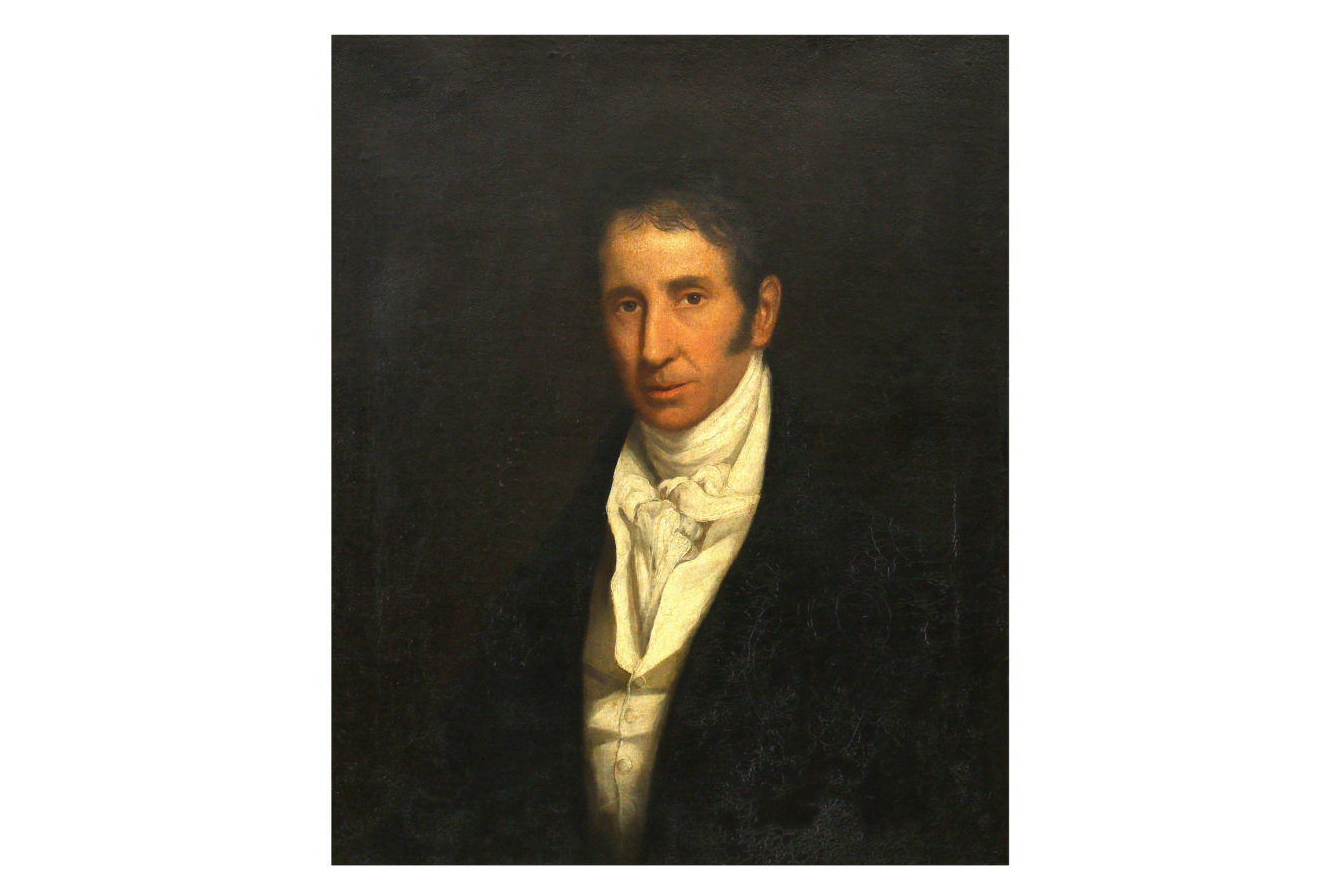 The artworks have emerged from two important private collections in the UK. Research by Chiswick Auctions art specialist Suzanne Zack and two external art experts, who consulted on the previous works, have verified that they are unequivocally by the great John Constable.

The first is an oil painting, publicly unseen for 70 years. Dating from circa 1809, it is titled A Portrait of a Gentleman and is believed to be John Constable’s uncle Abram Constable of Wormingford (1742-1812), who lived ten miles from East Bergholt in Dedham Vale, Suffolk. It appears in the catalogue raisonné by leading expert on the art of John Constable, Arthur Graham Reynolds (1914-2013), published in 1996, where he confirms its title of Abram Constable of Wormingford.

Constable preferred to do portraits of his friends and family and when he painted their portrait, he put a great deal of significance and feeling into the character of the sitter. This comes through very much in his most intimate portraits where the relationship between artist and sitter can be felt. This especially fine portrait of his uncle Abram exudes enormous character. Not at all contrived or formal, there is an honesty and directness that gives the sitter great immediacy and presence.

Although Constable is known mainly for his landscape works, he produced over 100 portraits in his lifetime. The work comes from the private collection of the family of art historian Ronald Brymer Beckett (1891-1970). Beckett pursued his interest in art for many years, collecting drawings by English artists. He published catalogues of the works of William Hogarth (1949) and Peter Lely (1951) and curated an exhibition of the work of William Blake and William Hogarth at the Tate Gallery in 1951.
In 1956 he was instrumental in mounting and curating the exhibition John Constable 1776-1837, held at Manchester City Art Gallery. He loaned works from his own collection, including the portrait in the sale of Abram Constable and researched and wrote the catalogue.

His most significant contribution to scholarship on the painter was his extensive research into the life and work of John Constable from hundreds of surviving letters, that he devoted many years to. Between 1962 and 1975 he published eight volumes of the edited Correspondence of John Constable (London H.M.S.O., 1962-1975), as well as Constable and the Fishers: The Record of a Friendship (1952).

The Times Literary Supplement at the time wrote that, ‘No one, after reading a single volume, will come without a fresher and stronger vision to Constable's painting’. Beckett died in 1970 and this work is offered from his private collection by descent. It is estimated to fetch £30,000-£50,000. 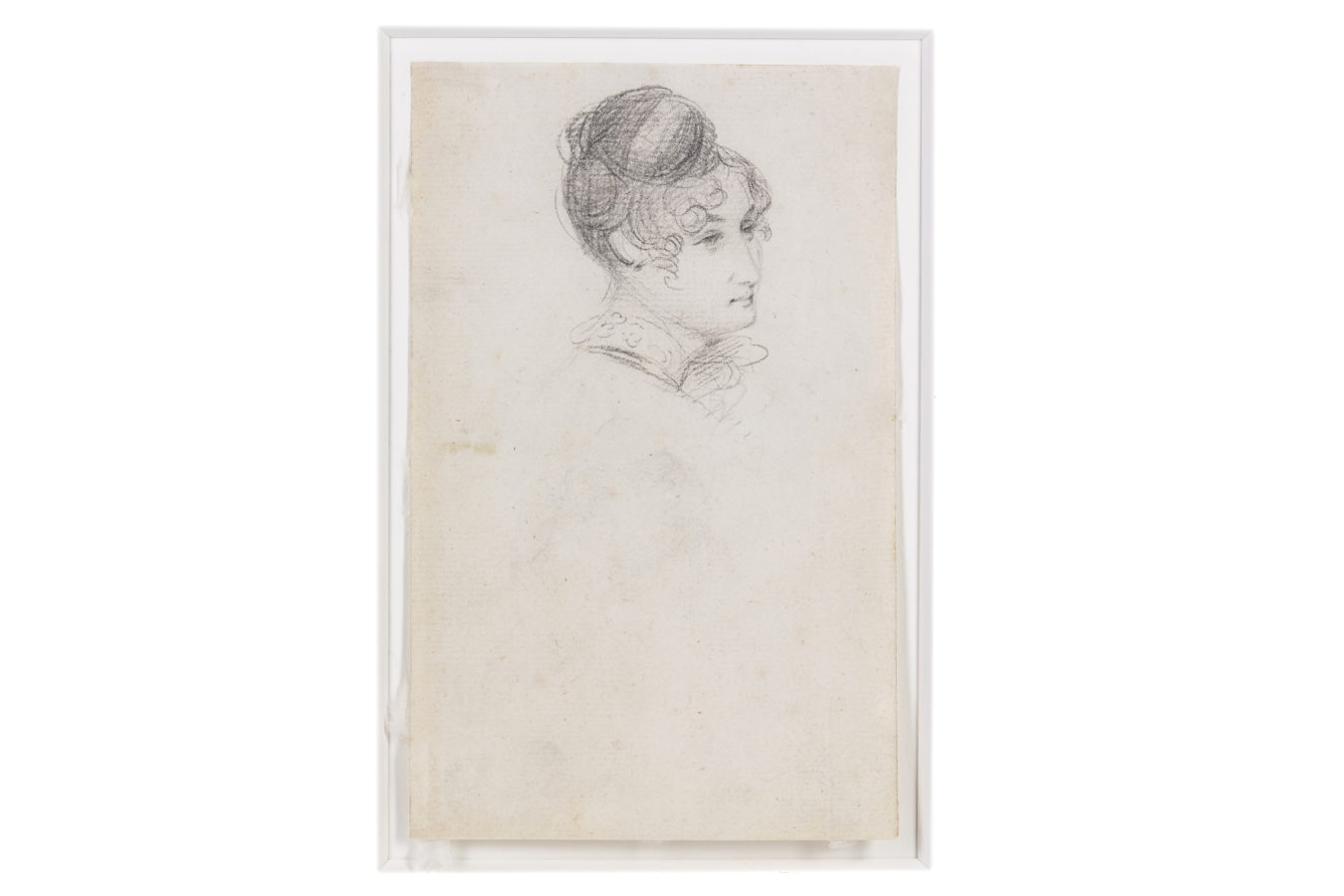 The second work, also from the R.B. Beckett collection is thought to be a portrait of Constable’s wife, Maria Elizabeth Bicknell (1788-1828). The pencil drawing is believed to have been produced towards
the end of her life in the 1820s judging by the date of the paper on which it has been drawn, but an exact date is not known. Portraiture, like letter writing played an important part in the romance between Constable and Maria, as they were often parted for long periods of time. This sensitive encapsulation of the love of his life evokes his sentiment toards her, which lasted until her untimely death of Tuberculosis in 1828. In a letter to his brother on her death, Constable wrote ‘I shall never feel again as I have felt, the face of the world is totally changed to me.’

Tate Britain has another pencil drawing thought to be a portrait of Maria, which may have been drawn at the time of Constable’s declaration of his love to her in 1809. Also in Tate Britain are two oils: a portrait of Maria made shortly after the couple were engaged and a group portrait of Maria Constable with two of her children, painted in circa 1820. An unfinished oil of Maria with three of her children is still in the Constable family collection, as is a drawing thought to show her in the last years of her life. The portrait in the sale of Maria, is estimated to fetch £8,000-£12,000.

Commenting on the sale Suzanne Zack, Head of Sale, British and European Fine Art at Chiswick Auctions said: “It has been so exciting to have been shown these fascinating portraits from the collection of the late R.B. Beckett, who edited Constables’ letters, which have remained in the family unseen by the public since the 1950s. These portraits have such personal significance to Constable being his uncle and wife Maria. They give us a real feeling of the close relationship between the artist and sitter and add to the appreciation of Constable’s life and work beyond the great landscapes that he is best known for.” 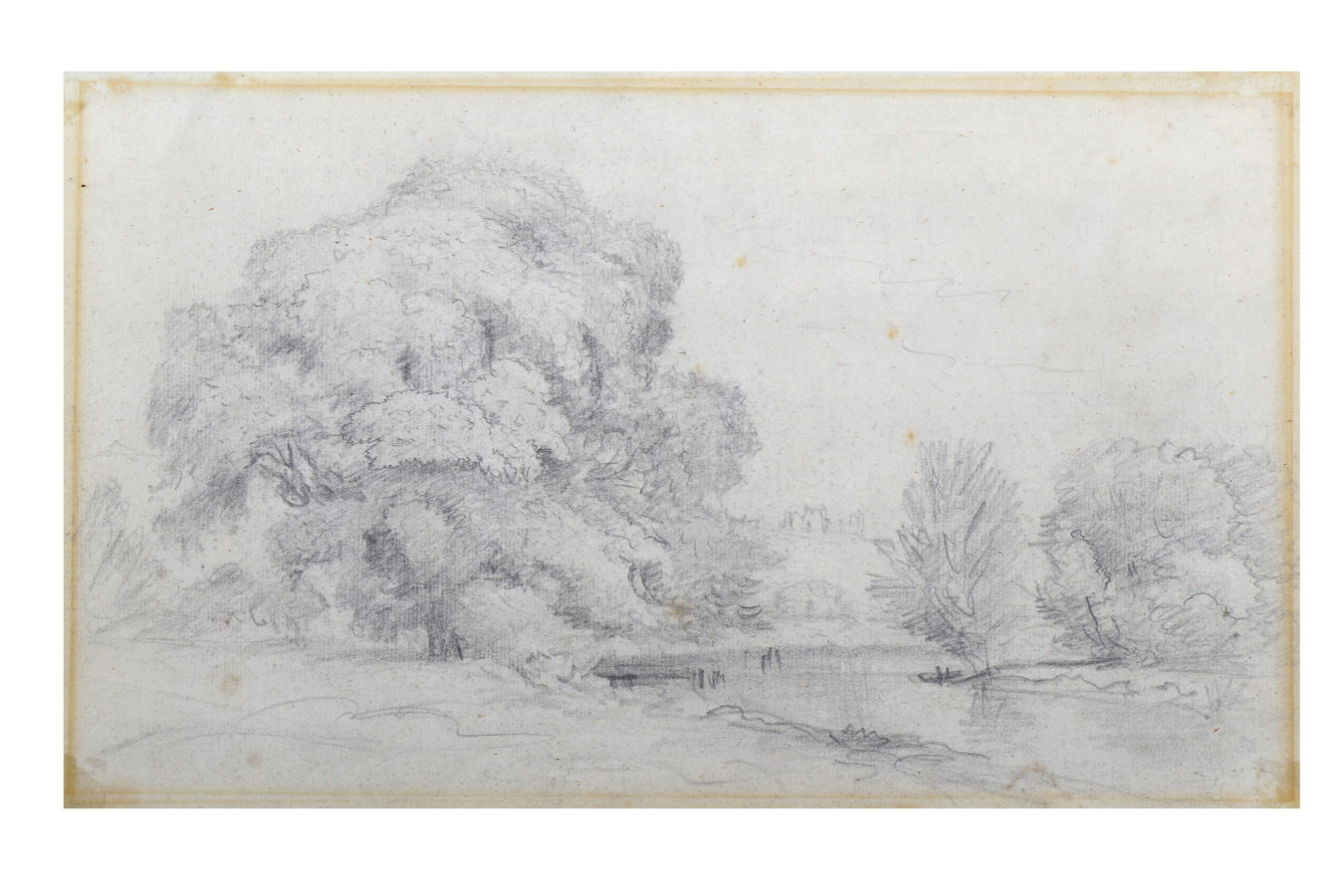 A pencil drawing titled A River Landscape: A group of tall trees on the left, a bend of the river with willows on the far bank on the right, in the background a hill with a castle is thought perhaps to be Framlingham Castle, as it was thirty miles north of East Bergholt, where Constable resided. He also drew the castle many times between 1800-1815.

This charming drawing was sold by Sotheby’s as part of the important sale of Dr. H.A.C Gregory’s John Constable collection in July 1949. The preface of the catalogue describes the collection as ‘The most important sale of Constable’s works that has ever taken place.’ Gregory was renowned for his discernment, only having the best works by Constable in his collection. Interestingly the paper on which it is drawn was made by Joseph Coles at Lower Wookey Mill in Somerset, which Coles ran from 1788-1833, which helps approximate the date it was drawn. It bears a watermark that was in use between 1805-1815. It is estimated to fetch £6,000- £8,000.