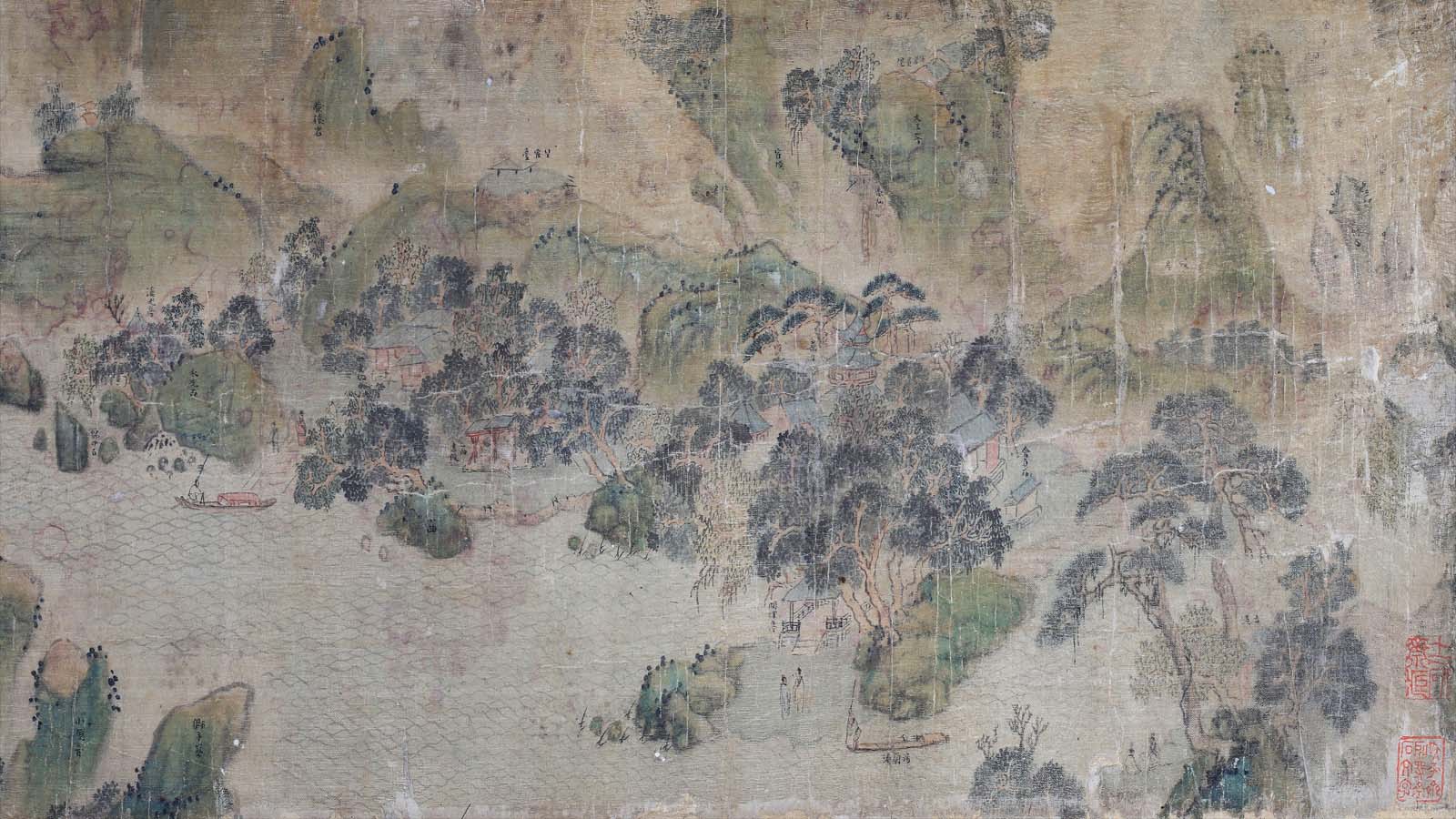 Chiswick Auctions is privileged to offer for sale a handscroll attributed to the Qing Dynasty painter Wen Dian (1633-1943), grandson of one of the great four Wangs, and reputedly from the collection of Laurence Binyon (1869 – 1943).

The painting came from the collection of Ronald Gooch, and were acquired by the present owner shortly after his death in 2007. Gooch acquired the
library of Laurence Binyon around 1979 which included lot 40, a book with a personal dedication to Binyon from the author. The Wen Dian handscroll is thought
to have been acquired by Gooch from the same source.

Laurence Binyon (1869 – 1943) was a great champion of Chinese paintings during the early 20th Century, both as curator of Oriental Prints and Drawings at the British Museum, and through his landmark publications dedicated to the subject including Painting in the Far East, 1913, and Chinese Paintings in English Collections, 1927. He was at the centre of Chinese painting connoisseurship, appreciation and scholarship and in the city of London, better known for its collections of Chinese porcelain rather than of painting, he applied a poet’s sensitivity to a subject often considered impenetrable to many of his contemporaries. His thoughts on Chinese paintings are eloquently summed up in the latter publication: No other art has revealed, as this has, the eloquence of silence, the power of empty space; no other art has known to the same degree the secret of uniting the delicate and the monumental. (ibid, p 14)