The first 69 lots of Chiswick Auctions' ASIAN ART sale of 16th May 2016 are from the John Marriott (1921-2007) Collection, London. John Marriott was the only son of Major-General Sir John Charles Oakes Marriott (1895-1978), a British Army officer during WWI and WWII and his wife Maud Emily Wolff Kahn (1897-1960), the daughter of Otto Hermann Kahn, American investment banker, collector, philanthropist and patron of the Arts. John Marriott was a painter and keen art collector, mainly focusing on Asian art. He expanded the family collection with passion and attention to detail, together with his lifelong friend Count R. L. Sangorski (1940-2014).

Marriott’s collecting spaned a period of over forty years, with the first recorded acquisition taking place in 1951 from John Sparks and the last in 1992 from Christie’s, South Kensington. Marriott and Sangorski bought from leading dealers and auction houses around London including John Sparks, Spink and Sons, A&J Speelman, Bluetts, Christie’s and Sotheby’s. 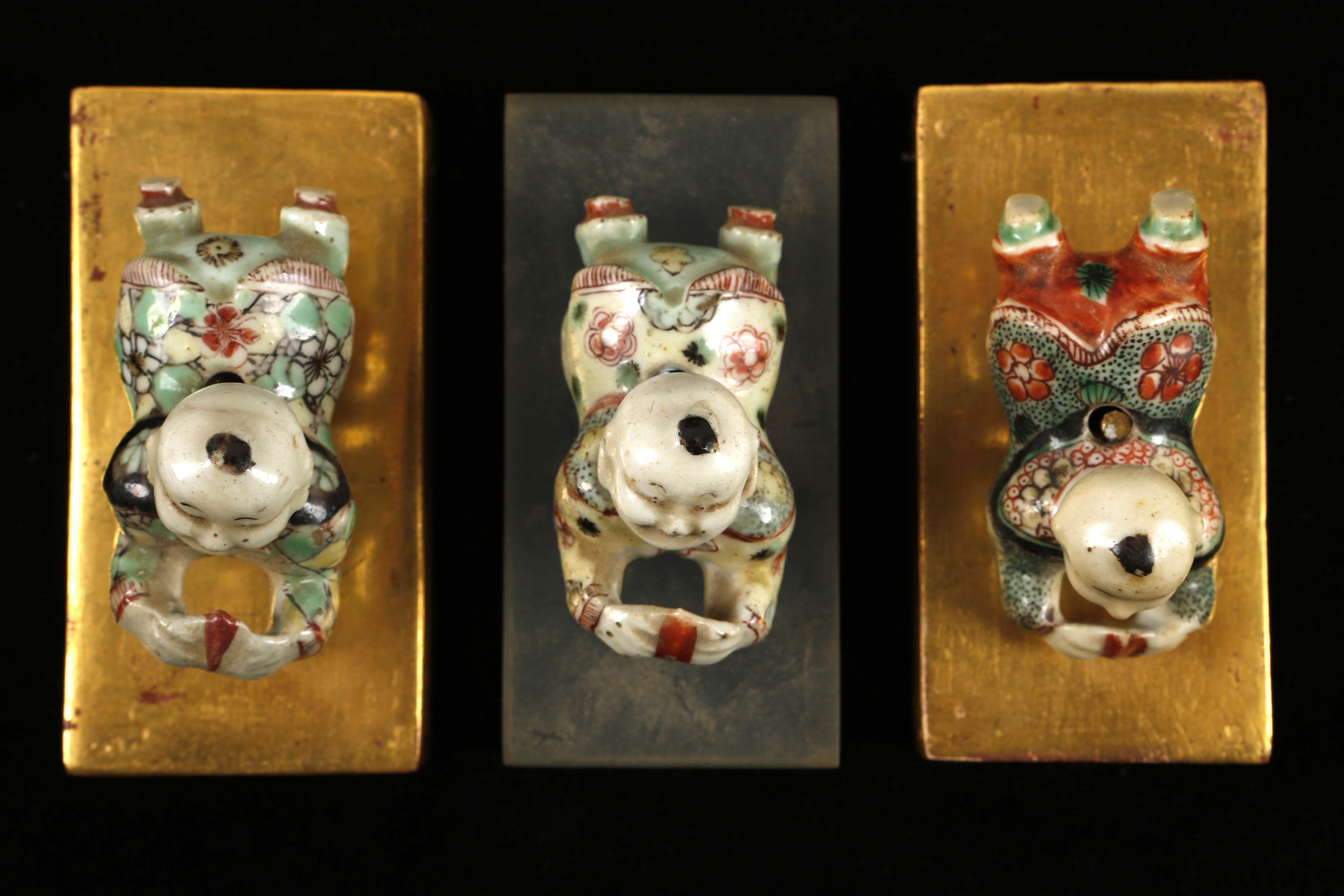 Photos from Marriott’s London home show the care with which he assembled the collection to fit into his stylish interiors. His correspondences with Michael Gillingham of John Sparks, the dealership from which he purchased most strongly, corroborate the attention given to each individual piece and its positioning within the house. In one letter they discuss, for example the positioning of a pair of kneeling boy candle sticks, lot 31. Gillingham visited the house on more than one occasion and the creation of a fully catalogued and photographed inventory of the collection.

The first three recorded acquisitions were all paintings, the Gai Qi and Yu Zhiding paintings from John Sparks, acquired 1951 and 1968 respectively and a pair of rice paintings from George Spencer Decorations Ltd. in 1969. These are perhaps the most personal expression of Marriott’s own taste. In all three cases it is Marriot’s name who appears on the invoice and the young artist (30 at the time of the first acquisition) was most likely the clearest expression of his personal taste, before he had acculturated to the influences of Gillingham and others. Indeed, the collecting of paintings was unusual in London at the time, which in contrast with America had traditionally focused more heavily on porcelain.

By the late 1980s, and with additional input from Sangorski, the collection had expanded to include porcelain, jades, later bronzes, snuff bottles and corals, as well as Japanese  (lots 350-354) and Islamic, Indian and South East Asian (lots 396-402) pieces but always with a guiding aesthetic vision. The collection was personalised by gilding wooden stands for the pieces, often at Asprey, and creating assemblages of certain objects. The group of corals, offered as lot 50, and purchased from three different dealers over the course of a years, is a prime example. A label below the coral boy, indicated that it was gilded at the request of Count Sangorski. The five pieces are offered as they were assembled within a glass cabinet with gilded base, and recorded within photos from Marriot’s home.

This well-provenanced collection, carefully assembled over several decades, without financial constraint and accompanied by numerous invoices, personal letters and photographs, provides a valuable insight into both the individual collectors and the state of Chinese art collecting in the second quarter of the 20th Century.