Two very special first editions of much-loved works by celebrated author J.R.R. Tolkien, 1892-1973, will be up for auction in our Printed Books and Manuscripts sale tomorrow, Wednesday September 28, 2016 from 1pm.

You can attend the auction in person, bid by telephone, or bid online from anywhere.

'The Hobbit’, full title ‘The Hobbit There or Back Again’, was the first novel ever written by Tolkien. Published in 1937, it was exceptionally well received. Nominated for the Carnegie Medal and awarded the New York Herald Tribune prize for finest youth fiction, it’s since become a classic in children’s literature.

“It’s particularly exciting to be able to offer a First Edition of such a well-loved work, of which only 1,500 were printed. Such is the popularity of Tolkien’s repertoire, that we expect a huge wave of interest.” 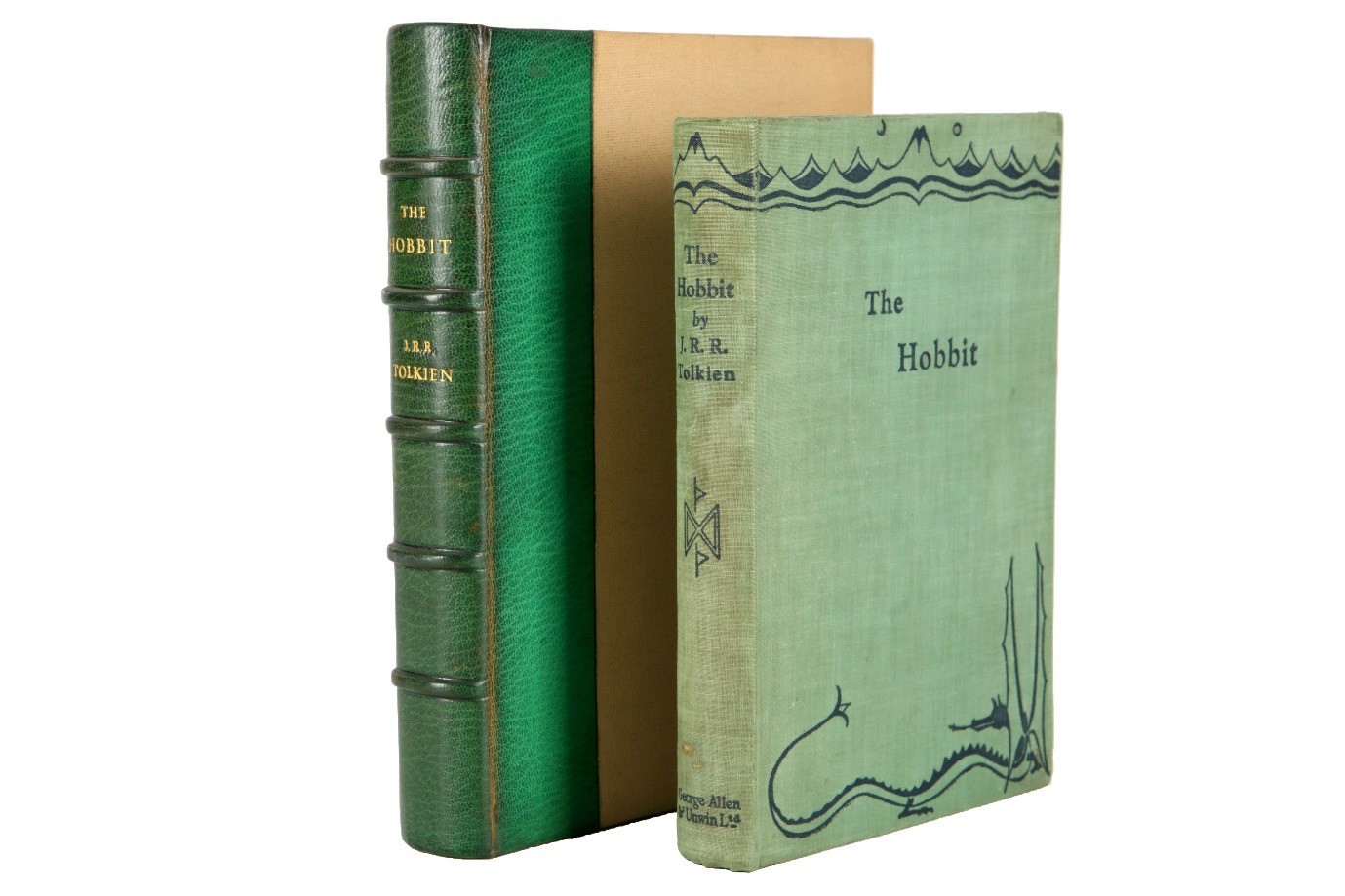 Tolkien began writing ‘The Hobbit’ as an Oxford University professor in the early 1930s. In a letter to author W.H. Auden he tells of suddenly becoming inspired while marking school certificates – writing on a blank page: ‘In a hole in the ground there lived a hobbit’. This was the very beginning of the highly popular book we know today, and which led to his next great work, ‘Lord of the Rings’.

In 1932 Tolkien lent the finished manuscript to several friends, including novelist, poet and literary critic, C.S. Lewis. One of Tolkien’s students mentioned it to Susan Dagnall, who worked at the publishers George Allen & Unwin.

She was gripped and showed it to Stanley Unwin, who asked his 10-year-old son to review it for him. His reaction was so good the firm decided to publish it – a decision that was to change the course of children’s fiction.

Never out of print

Published in September 1937, the full print run of 1,500 copies was sold out by December, due to so many outstanding reviews. Further editions followed, and it’s been translated into more than forty languages. Unsurprisingly, it’s never been out of print. It’s legacy continues with film and stage adaptations, as video and board games. 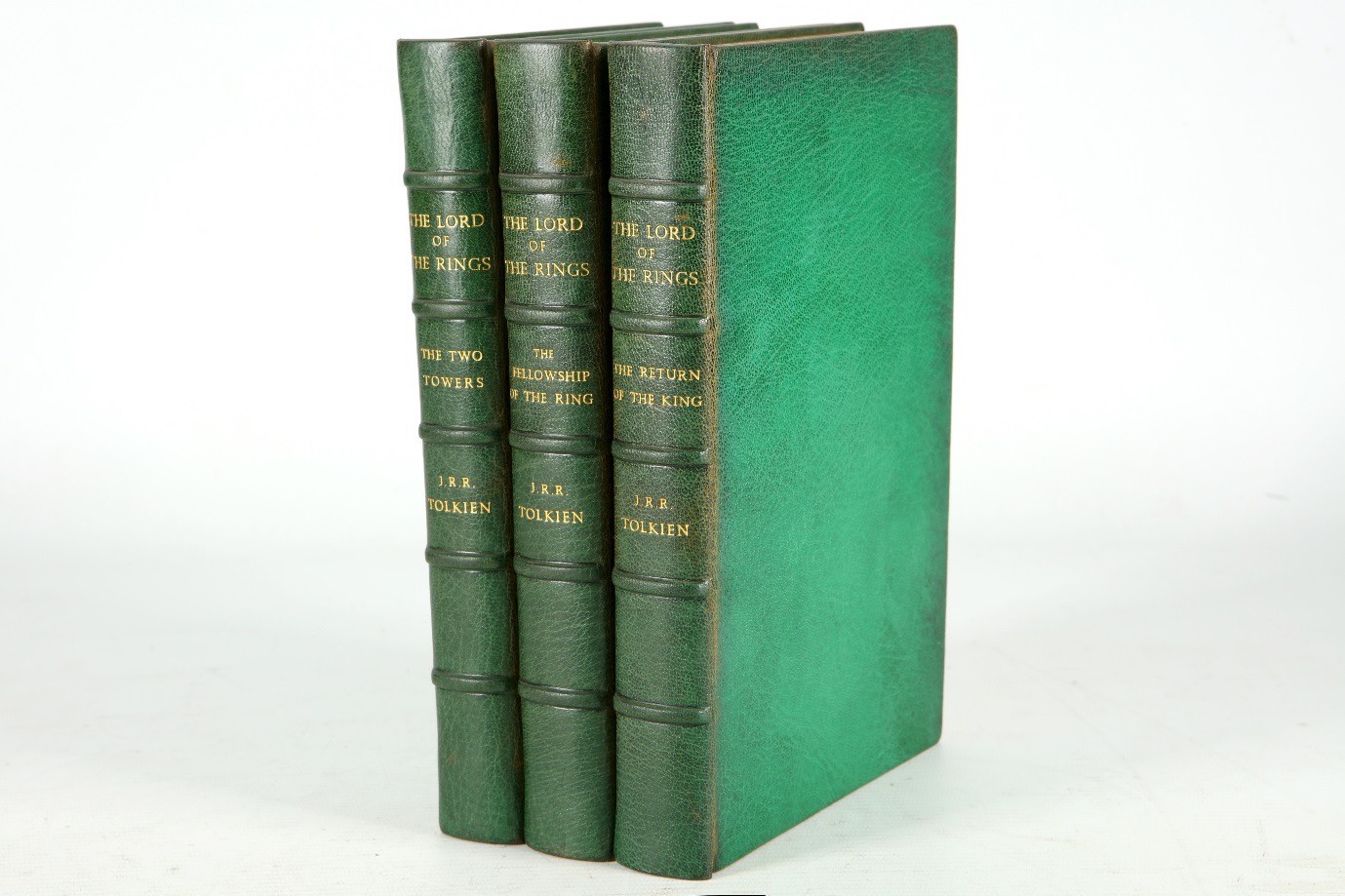 Lord of the Rings

This second important work is one of the best-selling novels ever written. Up for sale we have a First Edition of ‘Lord of the Rings’, which has sold over 150 million copies.

Intended as a sequel to ‘The Hobbit’, it developed into a much more extensive work, with the three volumes comprising: ‘The Fellowship of the Ring’, ‘The Two Towers’ and ‘The Return of the King’.

The author wrote the series between 1937 and 1949, two of the three volumes while still at Oxford. In 1972 the university bestowed upon him an honorary Doctorate of Letters – he also received a CBE that year. He died the next year, aged 81.

The trilogy was printed between 1954-1955 by the same publishers as ‘The Hobbit’. Like its predecessor, the book became a huge success, so much so that it led to a revival of the fantasy literature genre. 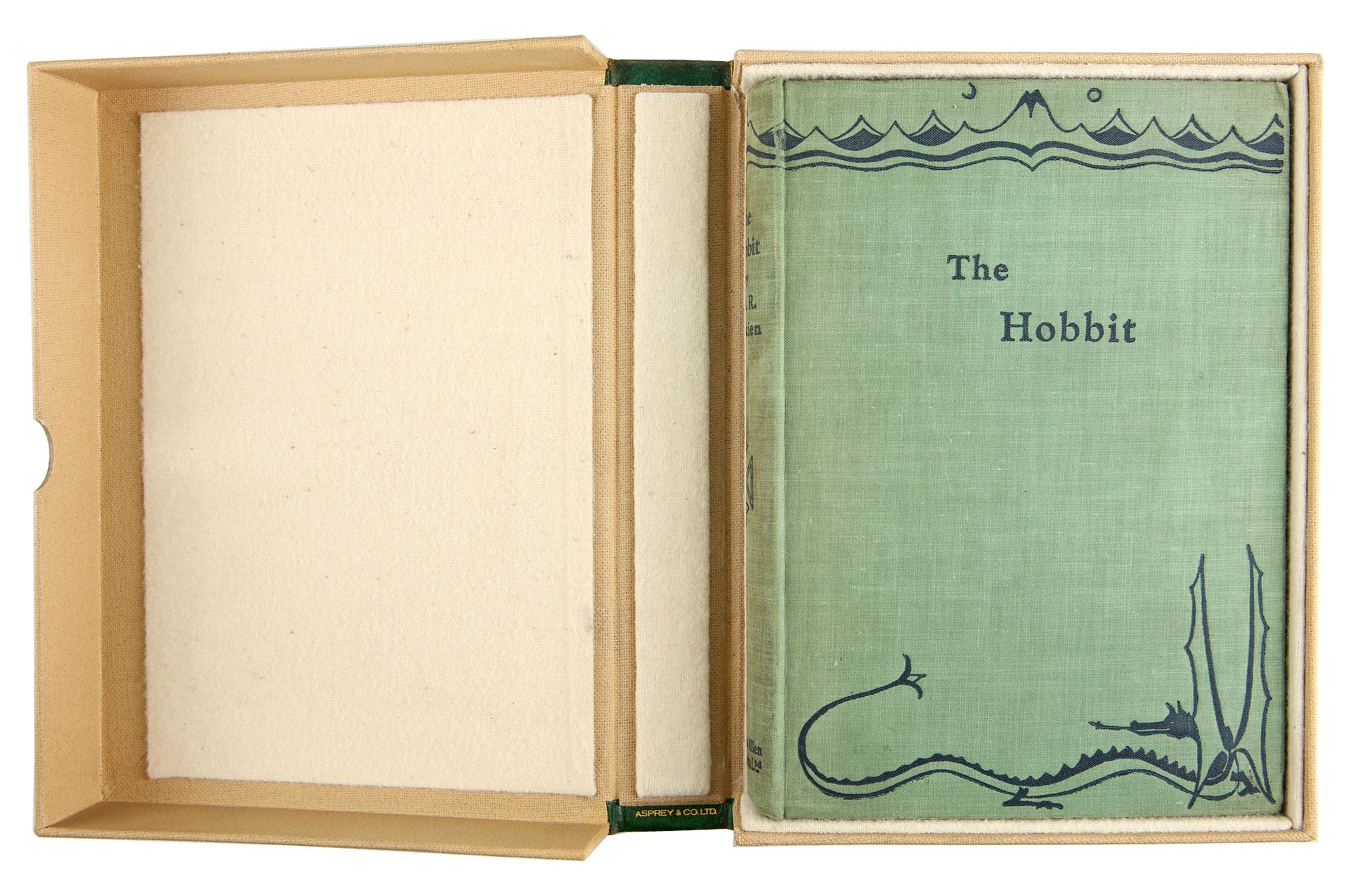 ‘The Hobbit’: this copy is in excellent condition and in its original green pictorial cloth and housed in a modern green morocco-backed box by Asprey & Co. Ltd. It’s estimated to fetch £1,000-£1,500.

‘The Lord of the Rings’: in good condition, the trilogy set is bound in contemporary green morocco by Asprey & Co and is estimated to fetch £2,000-£3,000.

Why not bid on one or both of these seminal works, and walk away with a piece of literary history?

You can attend the auction in person, bid by telephone, or bid online from anywhere. 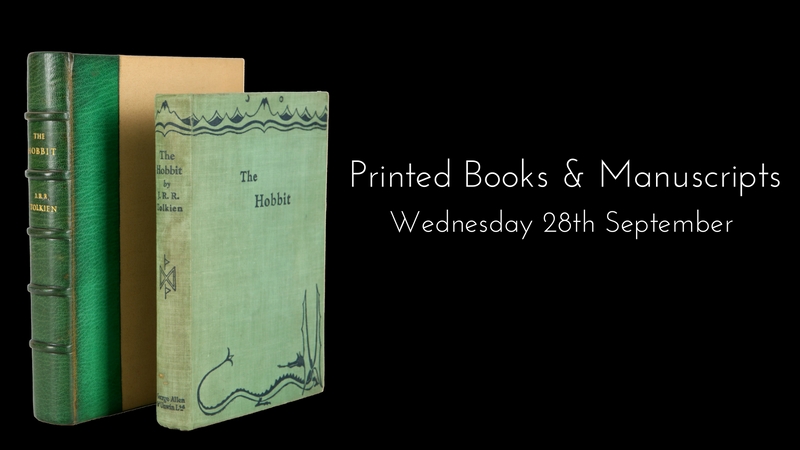 All images copyright of Chiswick Auctions.