Chiswick Auctions is London’s only auction house offering a specialised platform for rare and collectible cameras. Our November Photographica auction features one of the earliest black paint Leica M3 cameras known to still be in existence. The M3 was Leica’s first, and is still one of the most widely used and collected Leica M cameras. The company made nearly a quarter of a million examples between 1954 and 1967. Historically, the Leica M3 was sold with a chrome finish which was the preferred choice by most buyers in the primary market. This finish was far more durable than the lesser seen black paint versions. However, for professional photographers such as Henri Cartier Bresson, the added subtlety of a black painted Leica served as the perfect work tool required to capture the ‘Images à la Sauvette’ or Decisive Moment. 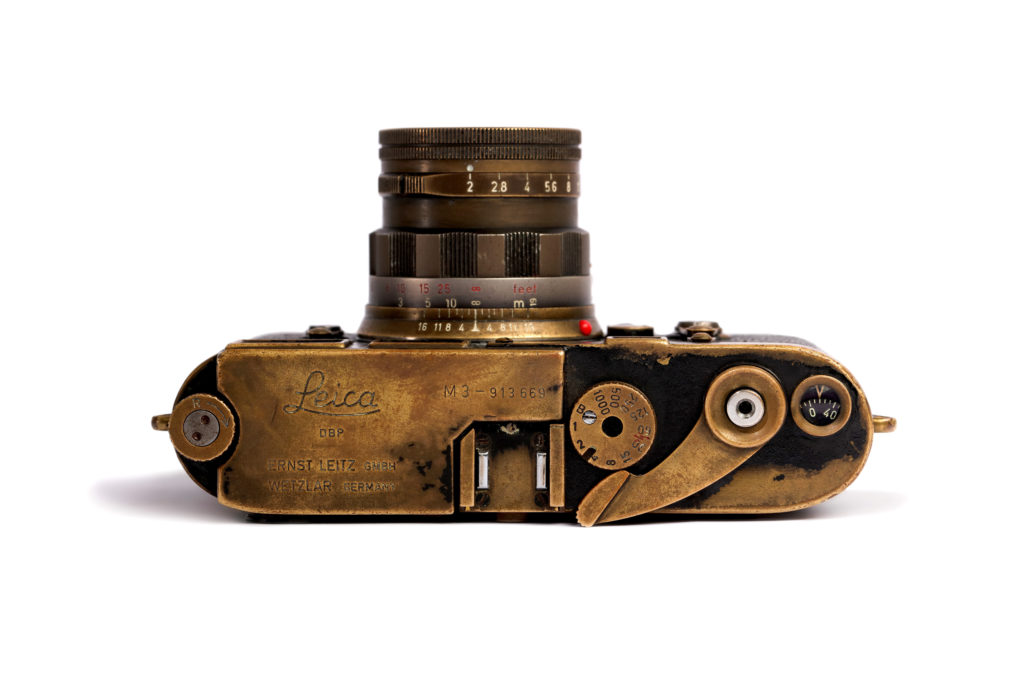 When Leica began painting their M cameras black, the finishes were to put it politely, very inconsistent, and very un-Leica. The company is known for precision, exceptional quality and design, and the black painted M2 & M3 cameras finishes were quite a departure from this ethos. Collectors and experts have recorded differences in the paint finishes between batches and even in the way the paint wears with time and use. These elegant and compelling inconsistencies have led to an explosion in the secondary collector’s market. Officially, the Leitz factory made 1,320 black paint Leica M3 in very small batches between 1959 and 1967, but as production of batches continued, some small parts were replaced with chrome parts. So it is important to remember that the earlier the batch, the more original the camera is and as a result, will often see a marked rise in the resale value.

Before the first official batch of cameras in 1959, the Leica factory in Wetzlar, delivery records show 90 M3 cameras delivered with a black paint finish between the years 1955 and 1959. These cameras, for the most part would have been specially requested, excluding the first 6 and the last 10 recorded, as they do not have consecutive serial numbers so were all made to order.

The serial number on the camera in our upcoming sale, records it as the 15th  black paint M3 camera to have been delivered by the factory, which indicates that it’s the second earliest example of this model ever to be offered at auction. The lens is also unique and rare, even amongst other black paints. The 5cm Summicron is one of Leitz’s most famous and celebrated lenses. This specific example, shares elements of both the first and second version of the 5cm Summicron, suggesting that it was a special request by the photographer who owned it. 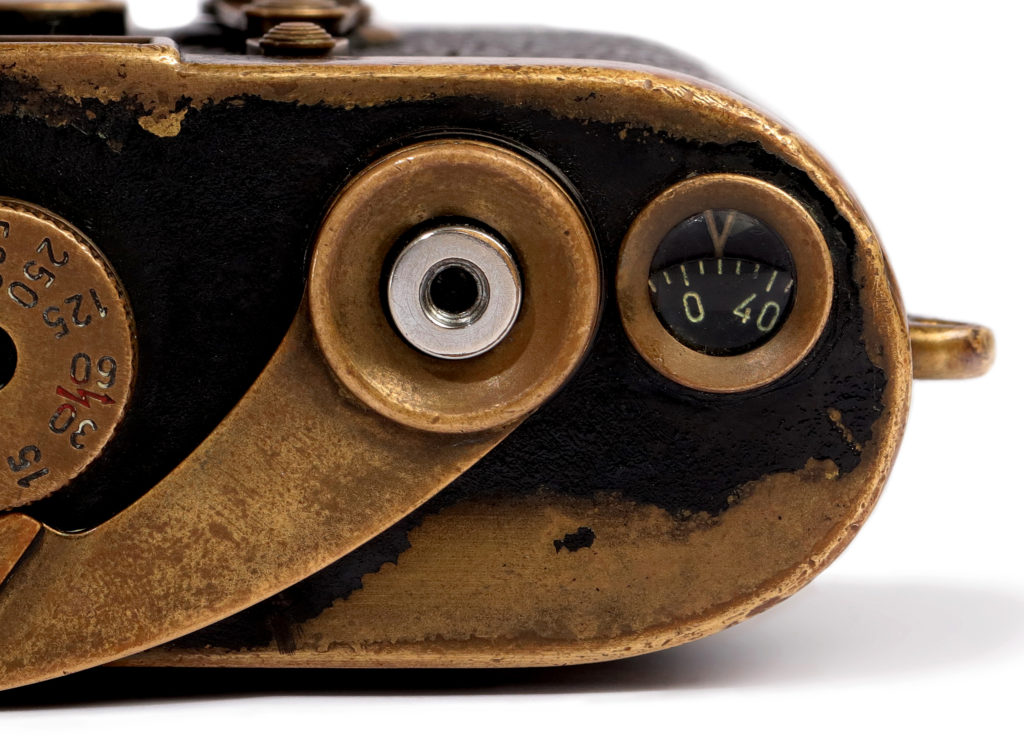 Magnum and the Leica M3

The model offered was delivered to the Paris offices of the famous Magnum Photo Agency in 1958, as it was the chosen camera of top photojournalists (who could afford it) at the time. Magnum Photographic Agency was one of the first photographic cooperatives, owned and administered entirely by its photographers. It was founded in 1947 by famous photographers such as Robert Capa, David "Chim" Seymour, Henri Cartier-Bresson, George Rodger and William Vandivert. They were some of the most influential and pioneering photojournalists of the 20th century. The members of Magnum have famously documented many historical events of the 20th century and it is also renowned for its extensive photographic archive. To carry out their tasks, Magnum photographers required the best, most reliable and tactile camera equipment, which is where Leica came in.

How the Leica M3 works

Leica is a German company founded by Ernst Leitz in 1914, that manufactures cameras, lenses, binoculars, rifle scopes, microscopes and ophthalmic lenses. Leica designer, Oskar Barnack decided to build a fast, lightweight, portable camera, to compete with the heavy camera equipment typical of the day. This camera became an icon of early photography and a favourite of many top photo journalists. The Leica’s M3 helped consolidate the legendary status of the camera brand through its design which enabled the photographer to keep their eye on the subject, when pressing the shutter and taking a photo, unlike an SLR. When pressing the shutter this facilitated constant viewing of ‘the action’, which made it perfect for reportage photography and aided in the capture of some of the most historical moments of the time on 35mm film. To this day, the design really hasn’t changed much, and Leica has maintained its reputation as the world’s best lens-maker and its M series cameras are comparable to Rolls Royce or Rolex in the photography field. 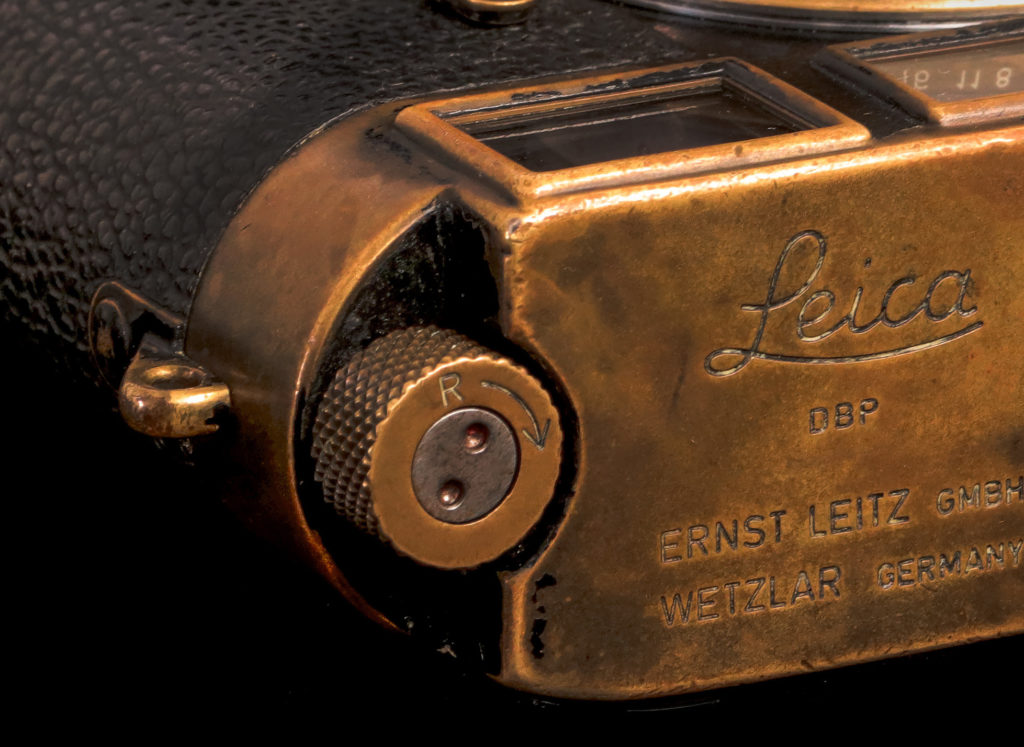 What is it worth?

This model is a unique proposition. When buying collectors cameras, often condition is the primary concern. This camera is mechanically perfect, however heavily worn. With such heavy use, it has very little of the original paint left, however where the paint has departed, it has left a beautiful and unique brass patina. You can observe from its condition, it has seen a hard and interesting life as a tool, and extension of a photographer’s eye, and has not just sat in a box for 60 years. The camera’s part in history, not just its rarity as an object, must be considered when suggesting an auction estimate. In 2018, famous American Press Photographer Sean Flynn’s Leica M2, which he used to cover the Vietnam conflict before tragically being killed in Cambodia by Viet Cong forces, sold for 60,000 euros at a European auction house. Previously, the earliest example of this specific camera, the second black paint M3, sold in 2014 for £320,000 in Hong Kong.

Bids for this example will be starting at £40,000 - £50,000, but due to its popularity and exceptional rarity and status as one of the earliest, original cameras used by a magnum photographer, anything could happen on sale day.

To find out more contact Head of Photographica, Austin Farahar.

Photographica, Thursday 14th November at 11am.

Please note that this auction will be held out at our South Kensington Showroom.