The Chinese inlaid Wood and Furniture of Ningbo

Ivory and satinwood inlaid work is a specific speciality of Ningbo in Zhejiang provenance and reached its highpoint during the Qing Dynasty. The active trade port close to Shanghai specialised in works for the export market with furniture and wooden objects were produced in a range of qualities. This is amply demonstrated by two stands each offered within the last two years in ASIAN ART sales at Chiswick Auctions, the tops of which are illustrated below. Both follow similar compositions, but the one on the left is inlaid with bone, whilst the one on the right is more finely inlaid with both ivory and satinwood. 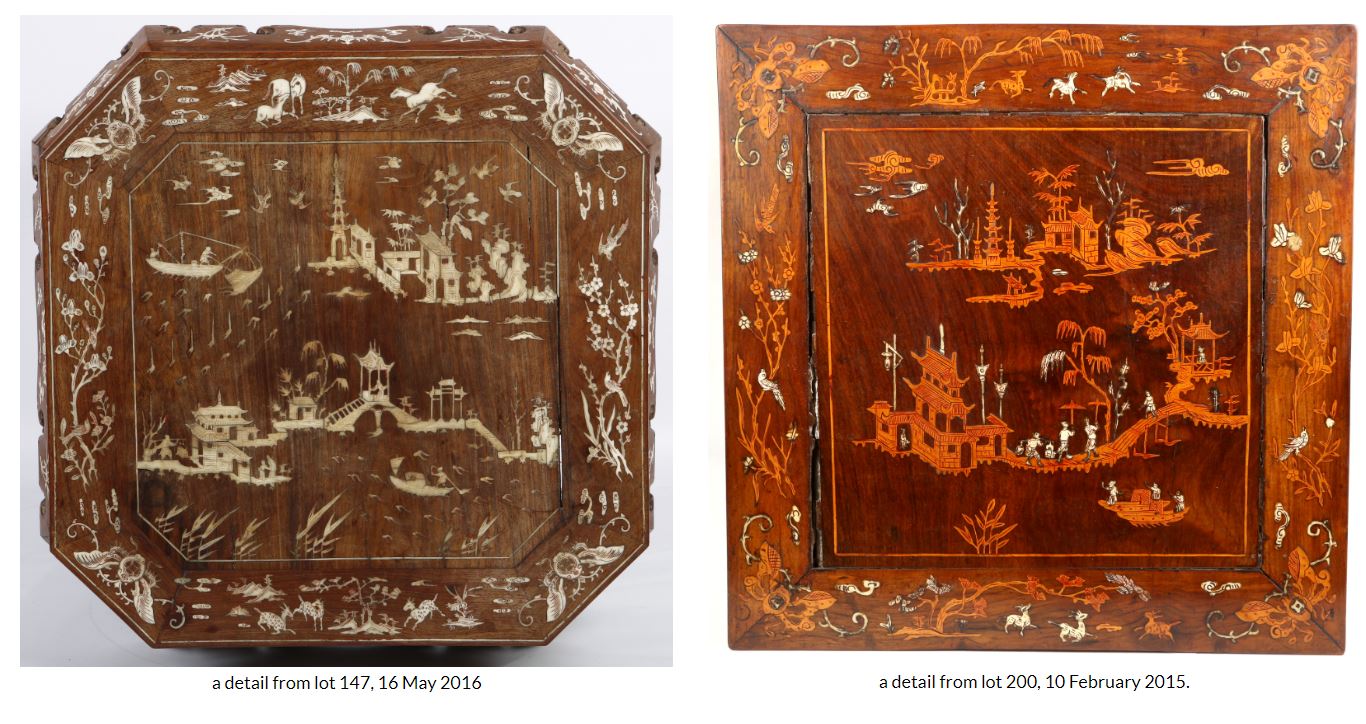 Fortune, a writer and traveller, notes of Ningbo furniture in 1847:

But what struck me as being most unique was a particular kind of furniture made and sold in a street, generally called ‘Furniture Street’ by foreigners who visit Ning-po… All peculiarly Chinese in their form, and beautifully inlaid with different kinds of wood and ivory… Everyone who saw these things admired them, and, what was rather strange, they seem peculiar to Ning-po, and are not met with at ang other of the ports, not even Shang-hae.

Lot 134, to be offered in ASIAN ART, 6 September 2016, is exceptional in quality among the output of Ningbo for its depiction of literary scenes, its unusual use of three different types of wood and the quality and depth of the carving of the inlaid elements.

Each panel decorated with a various figurative scenes within a landscape setting among trees, rocks and garden pavilions, within a thin satinwood border and a further jichi wood border, each panel inscribed to the top right with a line from the work of the poet Han Hong, 108 x 46cm.