The Silver & Vertu department at Chiswick Auctions has seen considerable growth in 2018, continuing to offer a broad selection of silver for all aspects of the market. Here we will look at a selection of objects that have performed well throughout this year across many categories within the field. 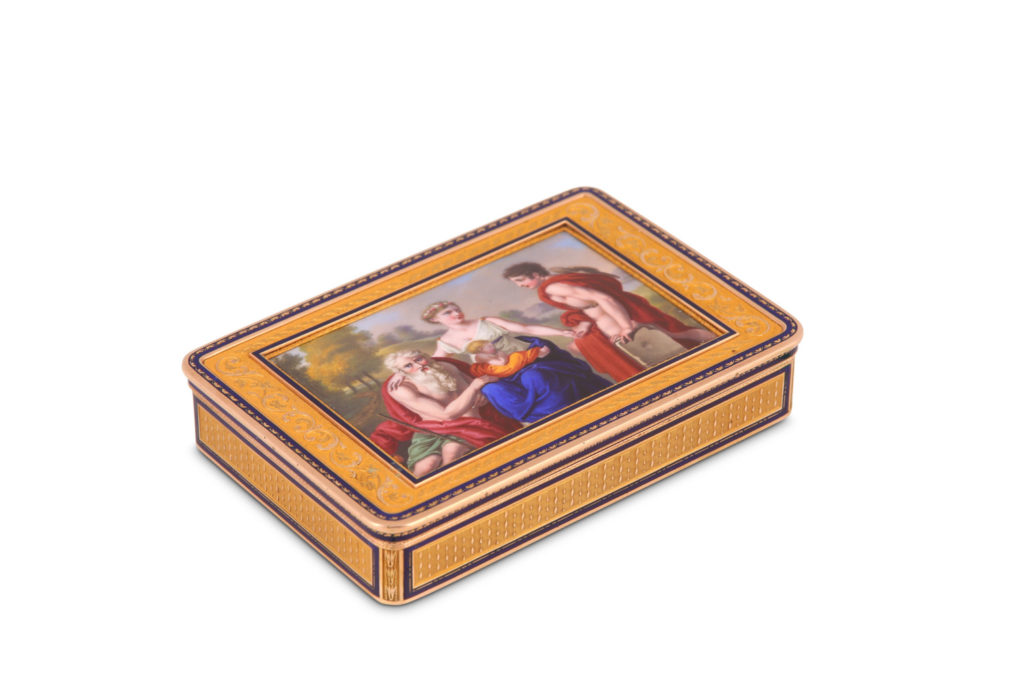 This year has been a particularly successful year for canteens or table services of flatware, the desire for complete sets or rare patterns pays testimony to the difficulty in finding such examples anymore, the trailing vine canteen is presently the only recorded example of a complete canteen in this most rare of patterns.

The soup tureen has been an object of much desire this year, a large and impactful item of silverware. Not only does the soup tureen make for a significant investment and sculptural display item but lends itself to traditional cuisine as well as more modern foods such as Asian noodle-based dishes or punches.

Celtic silver has continued to prove its consistent collectability, a premium is found for good examples of Irish and Scottish silver from notable makers such as the James Le Bas coffee pot or very rare provincial pieces such as Aberdeen or Limerick.

An important aspect of this year’s sales has been the attention given to the heraldic engraving upon items of silver, this has allowed us to unlock the history of ownership of these objects or link them to other silver owned by the family such as items that once formed part of much larger services.

Candlesticks continue to prove popular as the must have silver objects, ranging over the centuries and in design from enamel Art Nouveau examples to the fantastic and rare set of four examples from 18th century Dublin.

In the recent sale the importance of Judaica and silver belonging to prominent Jewish families saw great success and will be something we continue to offer. A pair of Torah Finials or Rimonim from the demolished Dalston Synagogue and an important soup tureen from the marriage of Benjamin Cohen and Justina Montefiore, sister to the famed Sir Moses Montefiore both attracted considerable attention.