Shawl brought back from Kashmir

Shawl brought back from Kashmir by famous dancer, Lady Constance Stewart to be offered in our upcoming Islamic and Indian Art auction on 3rd May 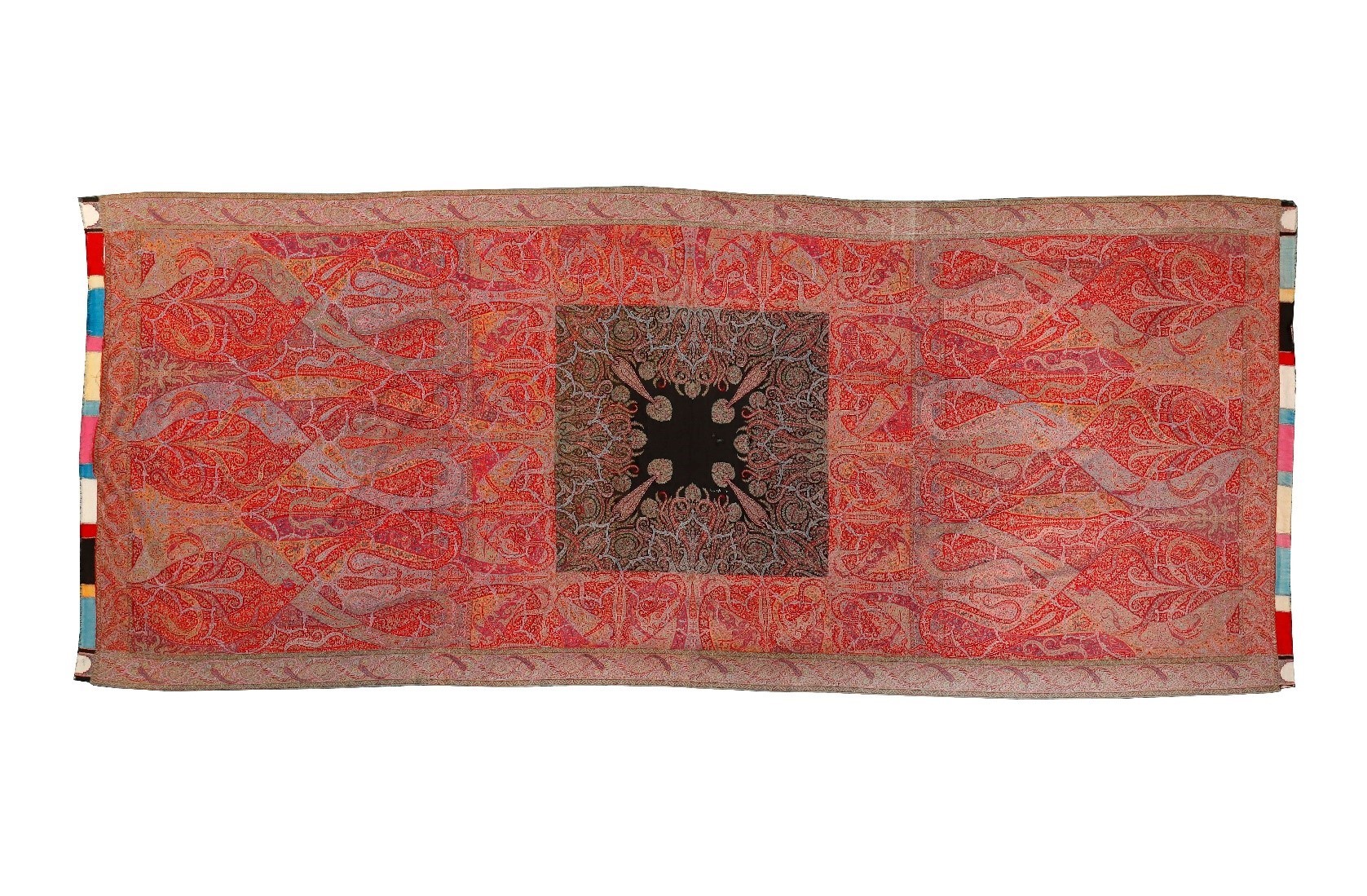 A Kashmiri shawl dating from 1872, from the private collection of the professional dancer, sportswoman and author, Lady Constance Stewart (1882-1932), is to be offered at auction. The shawl was brought back from her trip to Kashmir in 1902, where she travelled alone - a mean feat, as a solo aristocratic female in the 1900s and indicative of the strong spirit for which she was renowned. The shawl, from her private collection, will be offered in Islamic & Indian Art sale on Friday 3rd May 2019.

Lady Constance was the daughter of the 2nd Earl of Cromartie and was best known for her controversial career as a classical dancer. Among her many stage appearances she danced bare-legged on the New York stage in 1909, to the shock of high society. This was followed by appearances in London, including a week’s engagement at the Palace Theatre in January 1910.

She became renowned for her book titled Dancing, Beauty and Games, published in 1913. In the book she explored her views on rearing children and how to balance ‘the perfect harmony of body and mind’ She was married to Sir Edward Stewart-Richardson, 15th Bt, from 1904 until he was killed in 1914, when her eldest son inherited the title. In 1921 she remarried to become Lady Constance Matthew.

Kashmiri scarves are known for their quality and this hand-spun, colourful and highly decorative example is no exception. In excellent condition, it is estimated to fetch £500-£700.

Another interesting highlight in the sale is a rare 16th century Veneto-Saracenic dish. The title of ‘Veneto-Saracenic’ applies to a large group of 15th and 16th-century works that were created in metal. The pieces are attributed to Muslim craftsmen, however they were intended for the European market, so they combine the traditional, with a European style.

The workmanship is characterized by the extremely fine detailing and it is due to this that they are highly sought-after today. This particular example is quite unusual in that it is also very large. It is estimated to fetch £5,000-£7,000.

A portrait of Husayn ‘Ali Khan Mo’Ayyer Ol-Mamalek from the studio of Abol-Hassan Ghaffari Sani’ Ol-Molk also features in the sale. The work is a copy of a well-known composition in the Mo’ayyer ol-Mamalek family collection. Both the original and the copy demonstrate the development of 19th Century Iranian art history. The original is signed and dated Raqam Abol-Hassan Ghaffari Naqqashbashi, saneh 1270 AH (1854), however the copy was created at a later date.

Sani' Ol-Molk (1814-1866) was the son of the celebrated early 19th century painter, Mirza Mohammad Ghaffari and a pupil of the court painter, Mehr Ali Isfahani.  King Mohammad Shah had already sat for a portrait commission for him by the time Sani' Ol Molk was 29. Later he was fortunate enough to travel to Italy to study and copy the Renaissance masters at a time most of his countrymen didn’t travel beyond their home province. He returned to Iran in 1850 with a huge range of painting materials and colour prints and etchings by the great European master painters, which he later used as teaching materials in the painting academy he founded. However, these were not the only novelties he brought back. His new approach and newly-mastered technique introduced all aspects and genres of European painting to an eager Iranian audience. This portrait by the ‘father of modern Iranian painting’ is estimated to fetch £1,500-£2,000.