Ahead of the Asian Art auction on 13th November, Head of Department Lazarus Halstead explores the significance of red in Chinese art dating from the Qing Dynasty through a selection of lots offered in the sale.

In China, the colour red corresponds with fire and widely symbolises good fortune and joy. As a ‘lucky’ colour, red is strictly forbidden at funerals and widely seen during Chinese New Year and at festivals, marriages or family gatherings to bring good luck and keep evil at bay. A red envelope is a monetary gift given in Chinese society during holidays or special occasions. During Chinese New Year, charms written on red paper decorate people’s homes because according to legend the Nian monster has an aversion to anything red.

The natural rich red colour of coral and cinnabar lacquer is well exemplified in the elegant carving of two ladies, (pictured above). One has her arm outstretched and a fly wisp draped over the hand. Cinnabar is the red colour used on official seals in China and was considered a compelling elixir for long life. It was from cinnabar that the pigment vermillion was made, which was the colour historically used by the Emperor. The Emperor would use vermillion ink to annotate documents. The bright red of the jardinière, set with panels enclosing figurative scenes, creates a strong statement that contrasts with the flowering stems it would have been intended to hold. 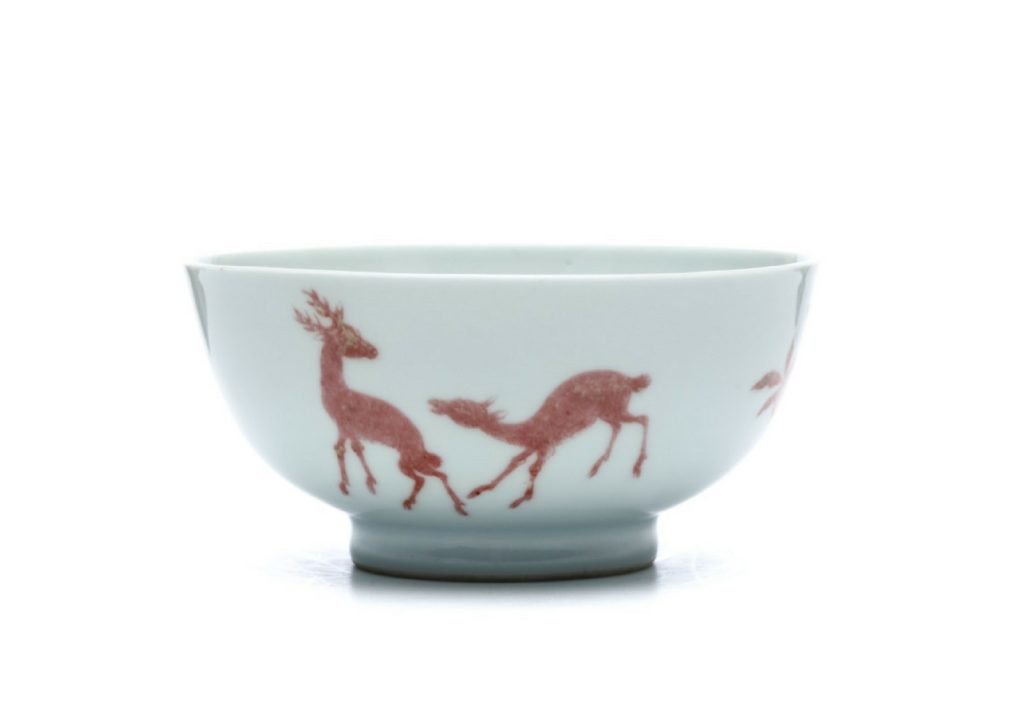 However, three porcelain pieces offered in the sale (Lots 237,  279 and 238) are more nuanced in their use of the colour red. Each piece dates to the reign of the Yongzheng emperor (1723-1735) and in each instance,  the glaze colour was carefully created through a series of complex processes. 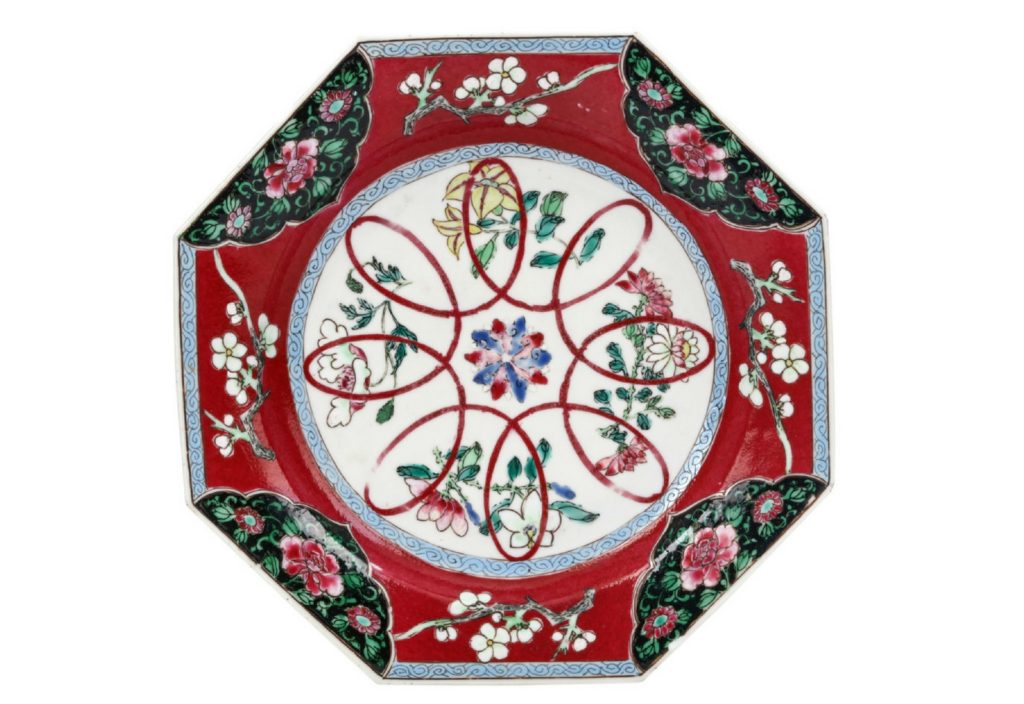 The flambé vase visually emphasises the emperor’s desire to recreate the Jun-ware glazes of the Song Dynasty. In contrast, the ruby decorated dishes were created directly for the export market, although they were created following the importation to China of new enamelling technology from the West. 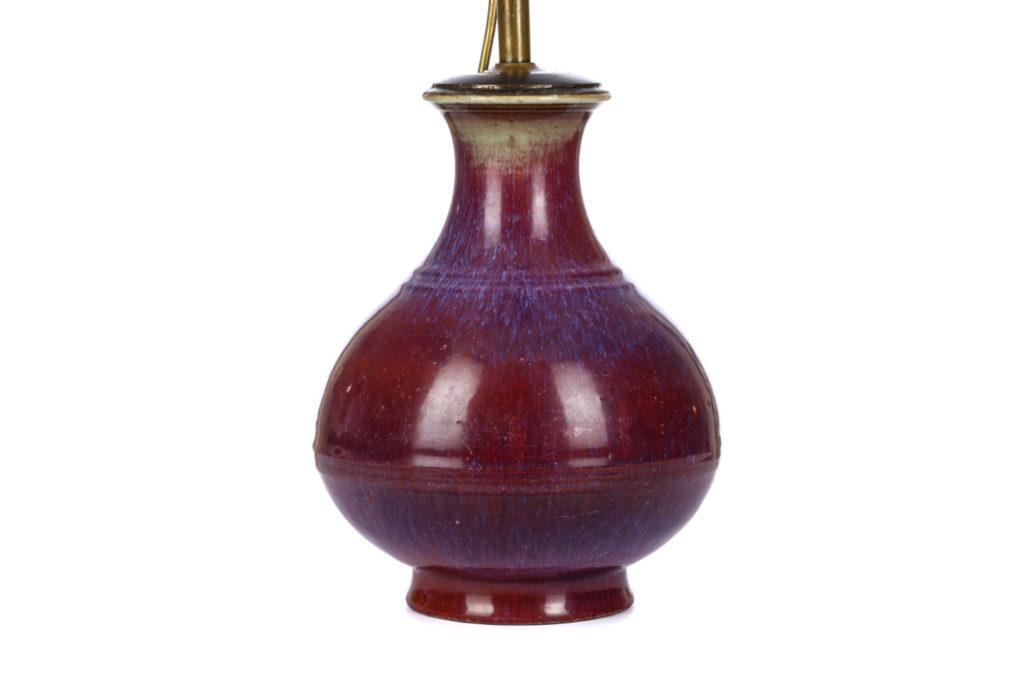 The next valuation day for Asian Art will be held in South Kensington on 30th November 2017.