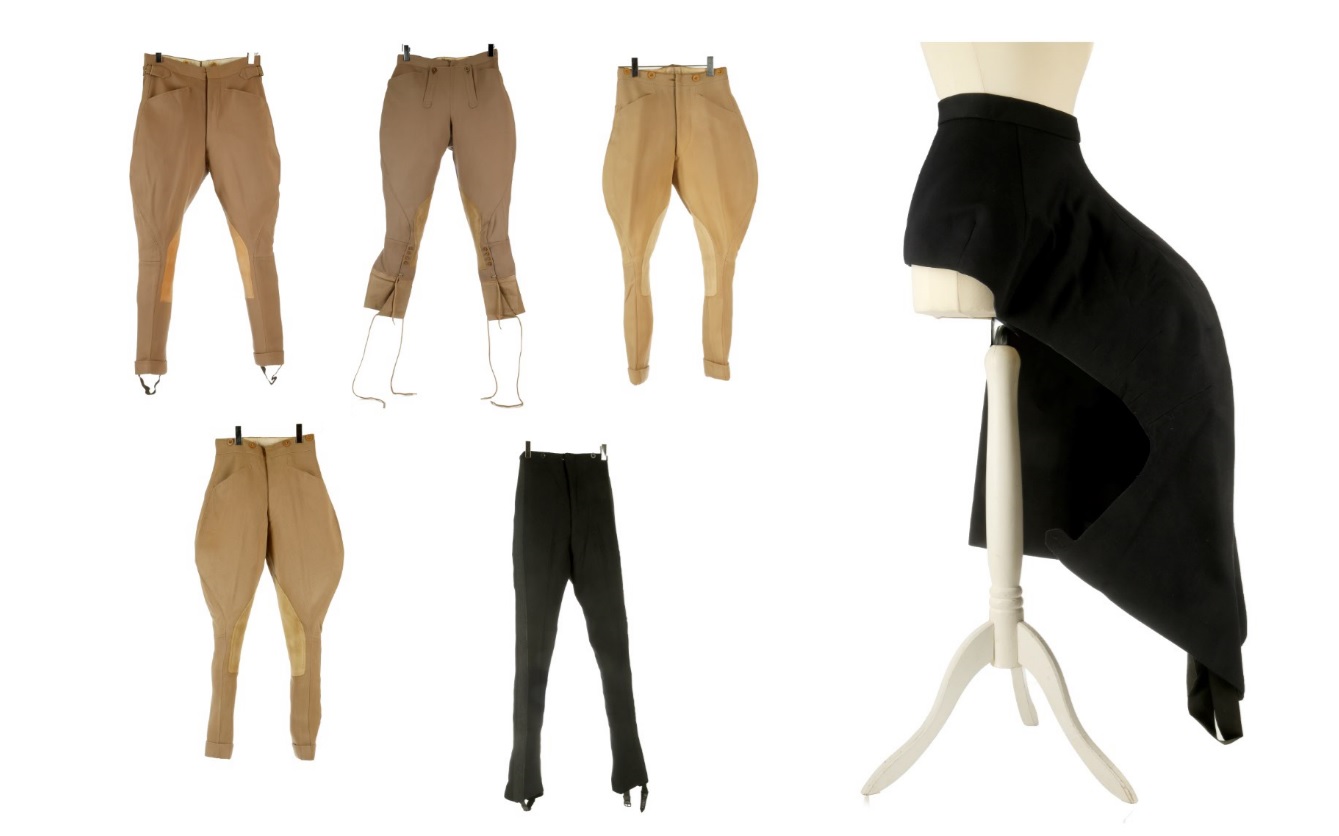 The clothing showcased in the forthcoming auction is accompanied by a hand written letter written by Weatherill, dated 1965, that states, ‘the garments in this box were made by the firm for various members of the Royal Family and have been handed back to them as mementoes.’

Included in the box are four pairs of jodhpurs, including a pair dated 1933, which according to this letter, ‘were the first we ever made for HM Queen Elizabeth II when she was a child.’ There are other pairs dated to 1935, when the Queen was 9 and in 1970, when she would have been 44. Also included is a pair belonging to Prince Charles, dating to 1958 when he was 10 years old, as well as a pair belonging to King George VI. In addition, there is a side saddle apron, or skirt, worn by the Queen for the 1954 Trooping of the Colours – the second she performed as Queen. The Trooping of the Colours was televised and films available show the Queen wearing the skirt at the ceremony.

Weatherill was elected Conservative MP for Croydon North East in 1964, and in 1983 became Speaker of the Houses of Commons; a post he held until 1992 when he was succeeded by Betty Boothroyd. In his acceptance speech, Bernard revealed that he had overheard one MP say to another, 'I don't know what this place is coming to Tom, they've got my tailor in here now.' He was the last Speaker to wear full dress robes and a set belonging to Weatherill are also offered in the sale. He was the last Speaker to wear full robes, including the Long- Bottomed wig. 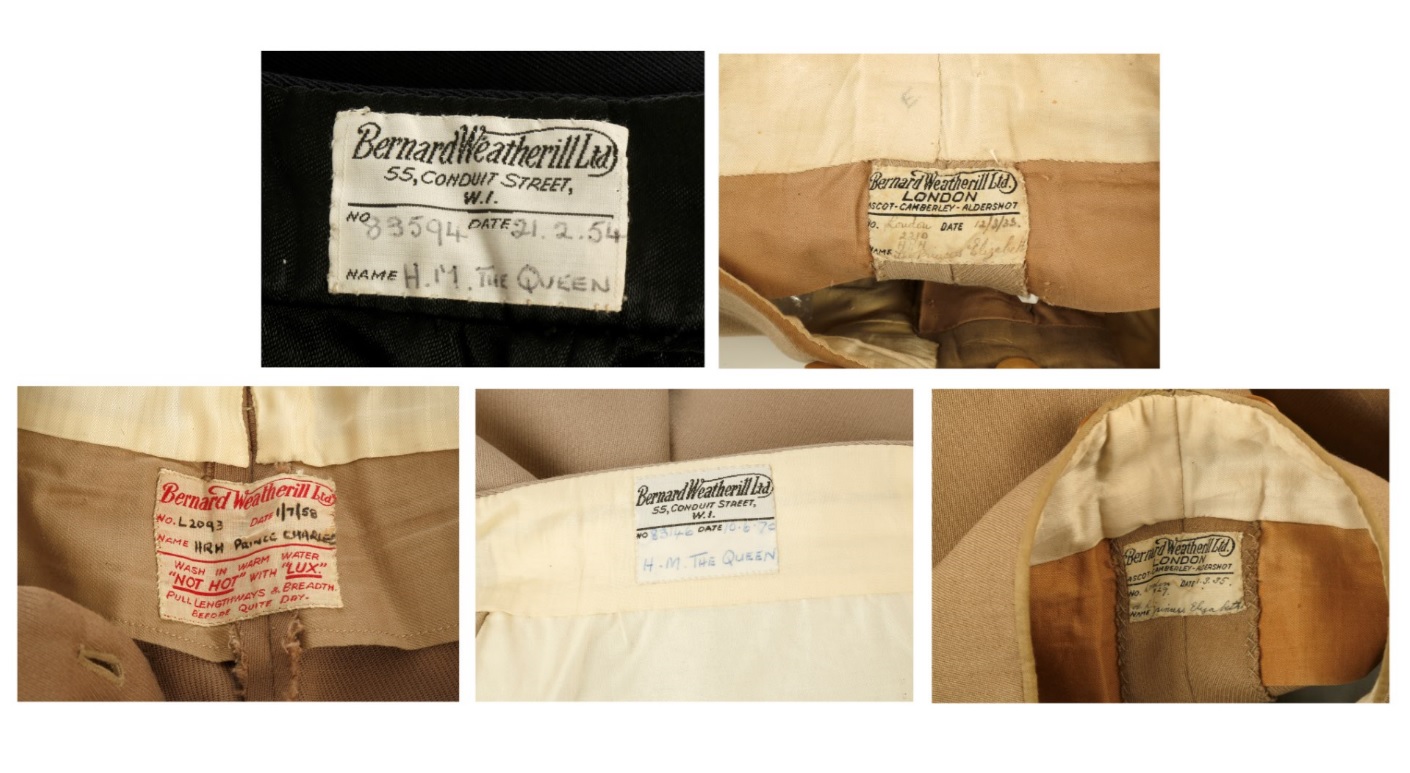