At our Design & Modern Contemporary sale in September, we were excited to offer an extraordinary private collection of Lalique glassware, featuring more than 20 pieces. 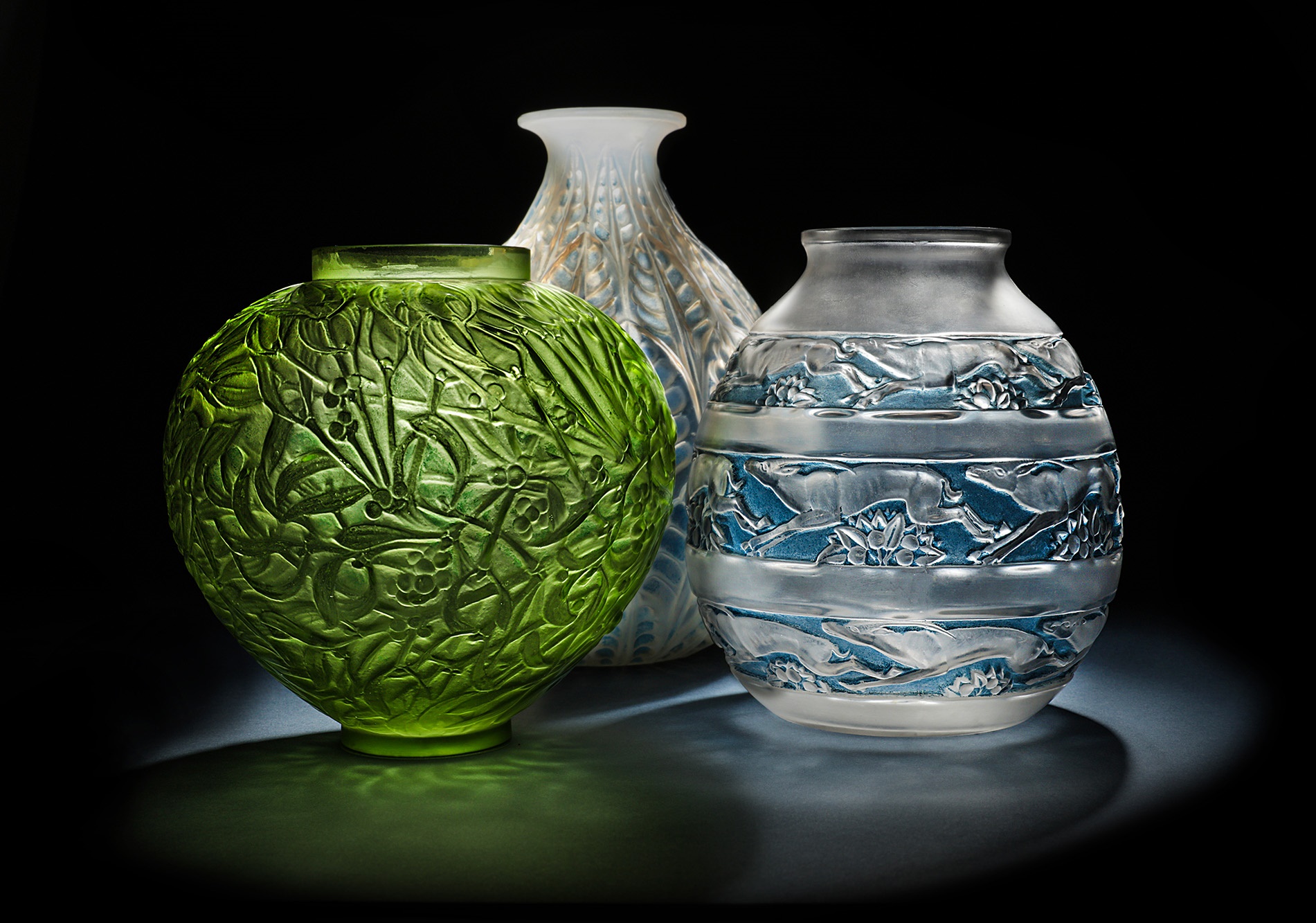 “Lalique is the one who has contributed the most to placing French decorative art, in the forefront of world production of decorative art” Gabriel Mourey, 19th century French novelist, playwright and art critic.

Acquired over a lifetime, the sizable private collection included 23 items collected by a devoted fan of Rene Lalique’s work was brought to Chiswick earlier this year. Thanks to the owner’s careful curation and an eye for beauty, each piece successfully embodied some of the most collectable elements of Lalique.

“A collection curated to such a standard is a rare find in itself,“ said Liz Winnicott, Executive Director and Head of Valuations.

“It included rare opalescent and coloured glass examples which exude the highest quality of Lalique’s repertoire; they are also rarer and more sought after as production stopped following his death in 1945.”

The majority of the collection included designs dating to the 1920s and early 1930s, the height of his popularity. Lalique had opened his glass factory in 1922 in Alsace, the centre of French glassware production, but production was halted for the Second World War and Lalique then passed away in 1945. The same factory is still used for the company’s glass production today.

The sinuous, organic motifs, a classic emblem of Lalique’s signature style and very popular in France in the early 20th century, were a consistent theme across this collection. In addition, the range of finishes Lalique applied to his glass were showcased across the selection, including polishing, frosting and in some cases, staining the glass surface to highlight the design. Some pieces were both handblown and then decorated with moulded details such as intricate florals, leaves and animal designs.

Glass works from Lalique could be engraved, moulded or acid stamped with ‘R. Lalique France’ – as many of the ones in this collection were.

They could also be etched with ‘Lalique France’ – particularly seen in works after 1945 and the death of René. However, it’s very unlikely to find a genuine piece that would be marked with his full name, ‘René Lalique’. 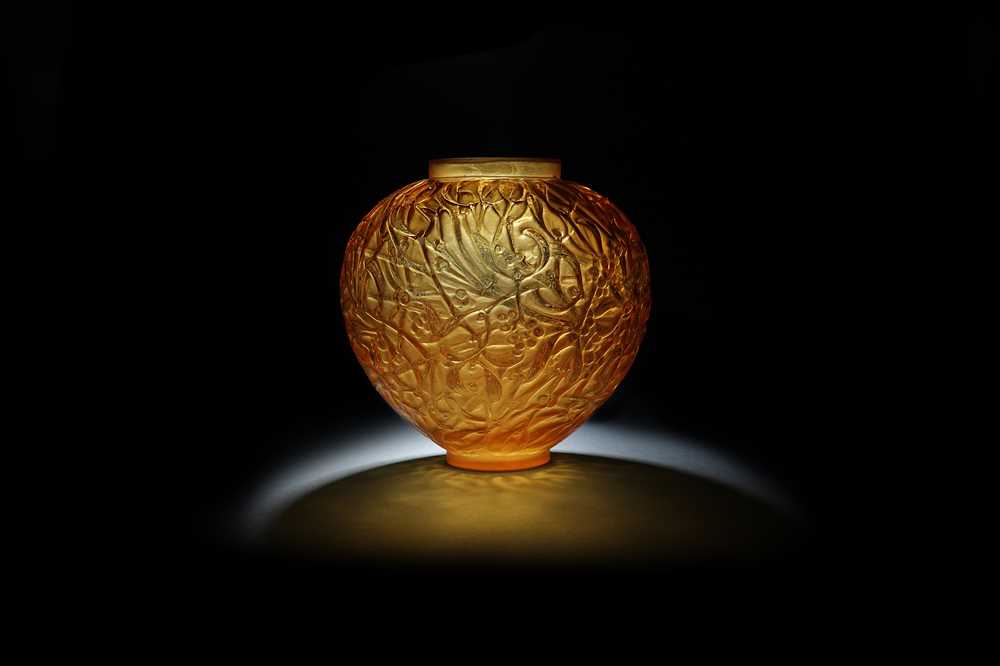 Whilst the collection was predominantly made up of vases and pieces of larger glassware, other top lots included a small, frosted glass Guirlandes clock and an amber glass Charmes plafonnier. These lots sold for £1,500 and £1,062 respectively, including Buyer’s Premium and were both from 1920s designs.

"Whether it’s an extensive collection or a single item - our experienced Design Department are on hand to offer free knowledge and advice on any 20th century decorative art & design which you might be curious about," said Head of Interiors, Paul Fox.

"From early design such as the Aesthetic Movement or Arts & Crafts, right up to Contemporary design, our dedicated team offer over 40 combined years of expertise at your convenience, and our ever popular tri-annual sales will see your items receive top-tier exposure from our West London Saleroom."

Our next Design sale will be 19 January 2022, and we are accepting consignments. Our team are available every Tuesday and Thursday, 10am – 4pm, for walk-in valuations at our Chiswick Saleroom.