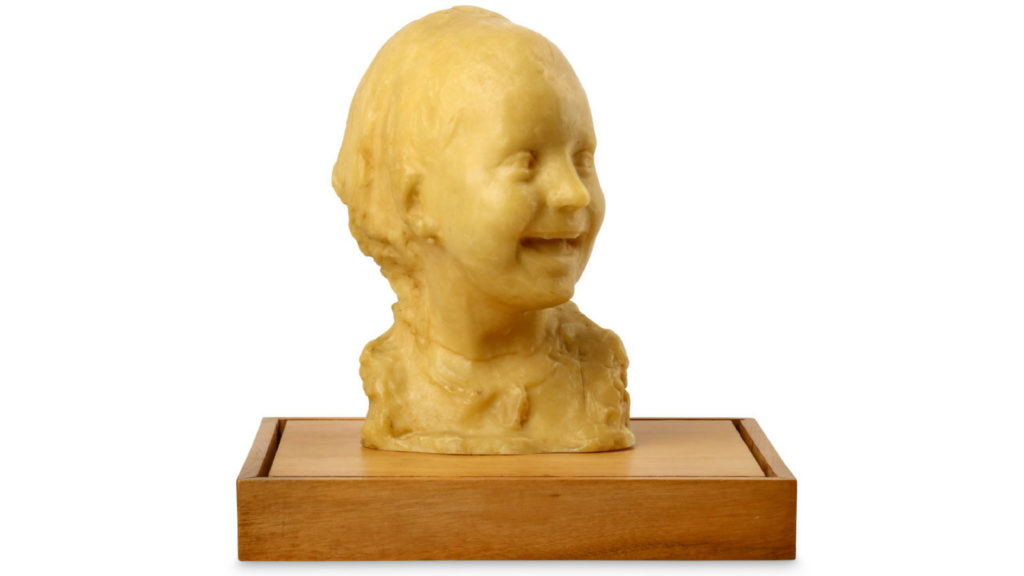 Ahead of the Fine European Works of Art & Clocks sale taking place on the 12th of September, Head of Department Rachael Osborn-Howard takes a closer look at a rare sculpture by renowned Post-Impressionist sculptor Medardo Rosso (1858 - 1928), Bambina Ridente, offered in the auction.

The story of Bambina Ridente, which is a wax head depicting a laughing child, began in 1889 in the Parisian Hôpital Lariboisière. The sculptor, having recently arrived from Milan and exhibited at the Exposition Universelle, is admitted to hospital with a high fever; and upon his discharge, produces a portrait of the daughter of the hospital bursar, Marie-Jacques Enjolras. We know that it was an important sculpture for Rosso as he cast it in wax, bronze and even donated a cast to the Galleria Nazionale d’Arte Moderna in Rome in 1913. However, like much of Rosso’s oeuvre, the work functions on many different levels, posing as many questions about his original meaning and motivations as it answers. We do not know if Rosso produced the portrait in order to pay his hospital fees, and as a commission, had to present the girl in a particular manner, or if he simply produced it as a gift, or whether he used the girl as a source of inspiration to transmit his own ideas. The artist’s choice of wax, his impressionist modelling of the head and treatment of the surface can be seen as an attempt to express other, more complicated themes through an anti-heroic depiction of joyous youth that is full of connotations of death and anxiety.

The sculpture featured in the seminal show The First Exhibition in America of Sculpture by Medardo Rosso held at the Peridot Gallery, New York, in 1959 and is illustrated in the original exhibition catalogue. This important exhibition helped to re-establish the sculptor’s international reputation, although during his lifetime he was considered to be ‘without doubt, the greatest living sculptor’ by the leading art critic of the day, Guillaume Apollinaire.

The sculpture was purchased by Louis Pollock, owner of the Peridot Gallery directly from the artist’s studio in Barzio, Italy, from the artist’s daughter-in-law, Clotilde Longoni Rosso. At the same time, she sold Louis Pollock two further works by the sculptor which are on the same invoice included in this sale, The Bookmaker and L’Eta d’oro. The Bookmaker is now in the Museum of Modern Art, New York and L’Eta d’oro was sold at Sotheby’s, New Bond St, on 9th February 2005 for £254,400. Bambina Ridente has been in the Pollock family since the 1959 exhibition.

Medardo Rosso’s work has been re-examined in more recent years and scholarly research now indicates that some of the sculptures thought to have been lifetime casts made by the artist were in fact authorised casts made legally after his death by his son Francesco, from the sculptor’s original plaster models. Perhaps the most famous example of these is the wax sculpture Grande Riseuse in the Tate (inv. No. T04846). Grande Riseuse was initially thought to be a lifetime cast and had provenance going back to the Rosso family in the 1960’s.  However, following examination by both Luciano Caramel, an Italian expert on Rosso and the then-Chief Conservator of Sculpture, Derek Pullen in 1989; it is now considered to be a posthumous cast. 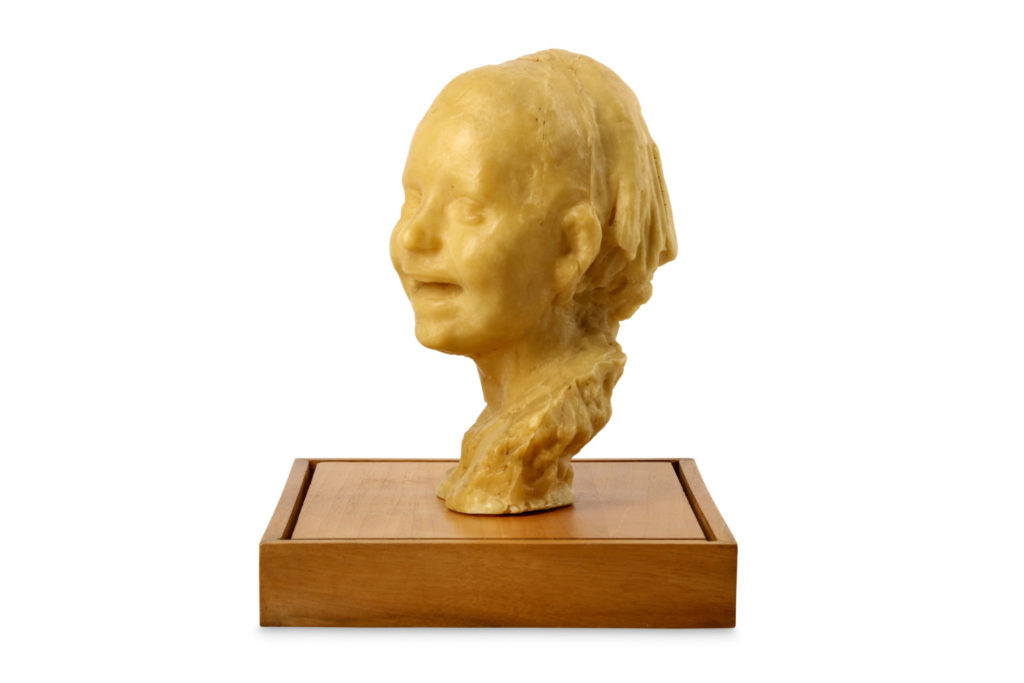 In recent years, other scholars have separated the sculptor’s oeuvre into those casts that have lifetime provenance and were cast by the sculptor and those that are un-documented or thought to have been cast by his son Francesco. This wax head Bambina Ridente is thought to be a cast by the sculptor’s son Francesco. Other posthumous casts of Rosso’s works by Francesco feature in museums around the world. For example, the wax head Ecce Puer (Behold the Boy) is now in the Hirschhorn, Washington (inv. No. 66.4411), and the other Bambina Ridente casts are in the Civica Galleria d’Arte Moderna, Milan and the Nationalmuseum, Stockholm.