This rare example of American colonial silversmithing work, fresh to market, will feature in our Silver and Objects of Vertu sale on Thursday 3 March 2022, starting at 10am 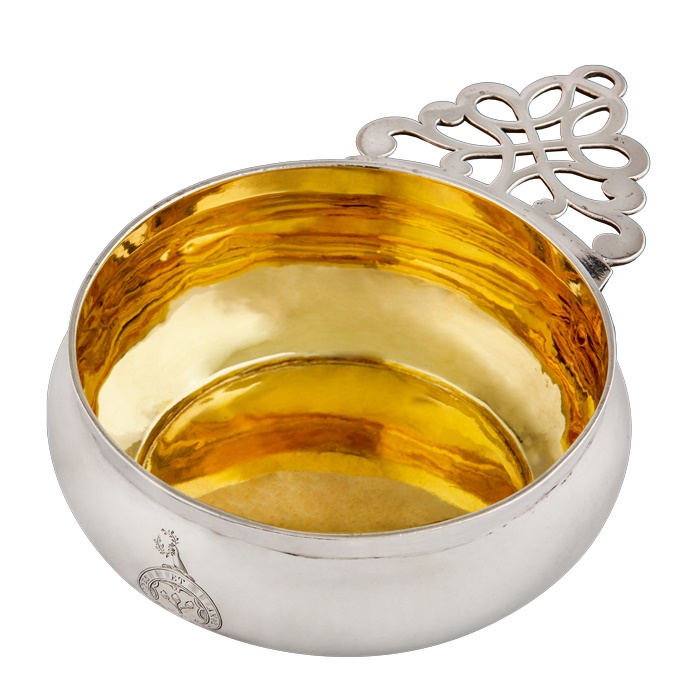 Silversmithing was a trade of very high repute in Britain and Europe. In the 18th century in the North American colonies, the possession of good quality silver was seen as an expression of wealth, status, and achievement. Within the ranks of the very early American silversmiths in the English colonies, there were several notable figures such as Jacob Hurd of Boston, Philip Syng and the Richardson family of Philadelphia, Daniel Christian Fueter and his son Lewis Fueter of New York. The most famous today is probably Paul Revere of Boston, who combined his silversmithing with his political interests in the independence war.

However, we are concerned here with another fascinating figure in the New England silversmithing trade, Myer Myers (1723–1795) who produced some of the finest rococo domestic and religious silver in pre-independence America. Additionally, Myers is unique in that he is the only Jewish silversmith recorded as working in New York.

Myers has been the subject of much biographical research and there is also much work that has been carried out to catalogue the works that he and his various workshops produced, over the years in the New England colonies, during the war of independence and afterwards. His output reveals much about his craftmanship, his wealthy patrons, colonial Judaism and the changing cultural values during this period of upheaval.

Chiswick Auctions is delighted to be able to offer for sale a porringer by Myers at the next silver sale on 3 March 2022.

A porringer is a name applied to two forms of vessel, both initially found in 17th century England, one with twin scroll handles, sometimes with a cover, which might more correctly be referred to as a caudle cup, the other with a shallow bowl with a singular side handle. These have been erroneously described as bleeding bowls in the past, but likely owe more in their design to the European éculé, also the lid of a skillet, a scarce earlier 17th century silver vessel, also used this shallow bowl and single handle design. The single handled porringer had fallen from use in England in the early decades of the 18th century but continued to be extremely popular until the end of the 18th century in the American colonies.

This silver porringer (Lot 281, estimate £4,000 - £6,000) comes from the period that Myer Myers worked with another significant silversmithing figure; Benjamin Halsted (1734–1817) forming a partnership around 1756. Myers and Halstead created works in a fashionable decorative style taken from current trends in London, as well as elegant, plain works such as this porringer. 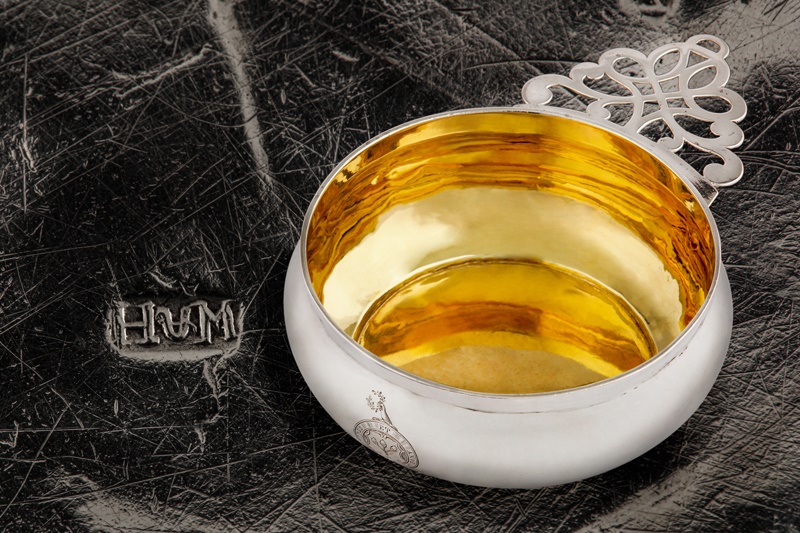 What is notable about this particular item is that it carries Myers and Halsted’s distinct “H&M” mark – the first of any such commercial partnership to do so in all of America, something which would go on to become a distinct feature of the North American silversmithing trade. No system of assay was established in colonial America unlike the colony of Jamaica in the middle decades of the 18th century. As their partnership appears to have ceased by 1766, this porringer likely dates to these 1760’s years. This is the peak of Myers' output in terms of technique and production of exceptional pieces. 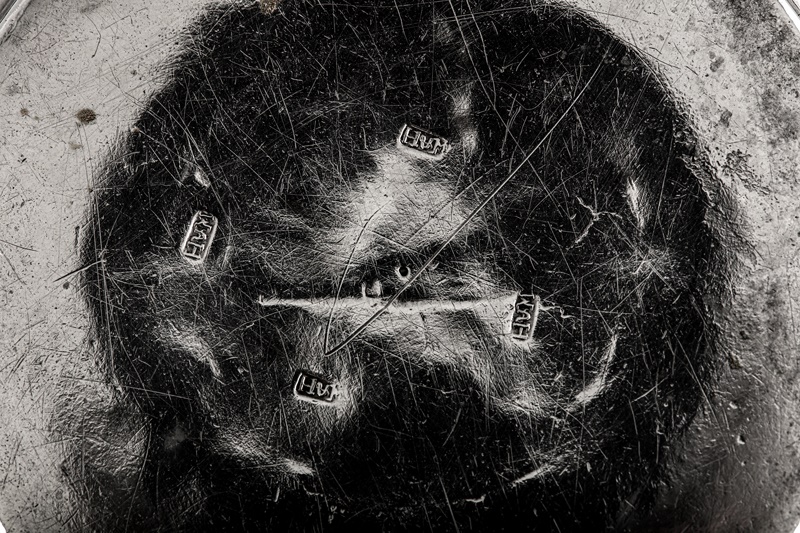 American Colonial silversmithing, especially for holloware, is truly rare but even more so from the highly coveted Myer Myers, who partnership with Benjamin Halstead only has about 20 surviving items recorded, with this porringer being a new addition to that list. It was brought to John Rogers, Head of Department, because of his interest in colonial silver and expertise in obscure rare marks. John Rogers comments: "we are presenting our clients with a valuable opportunity to own some prominent Colonial era silver work that is unlikely to be seen at sale again in the near future".

Chiswick Auctions is delighted to be auctioning this item amongst a large range of silver and objects of vertu in the latest of our popular and growing sales. We look forward to your joining us on Thursday 3 March 2022 at 10am to be part of this exciting event.

For more information on these lot or the rest of the sale, please contact: