Portrait of a Potter – Lucie Rie 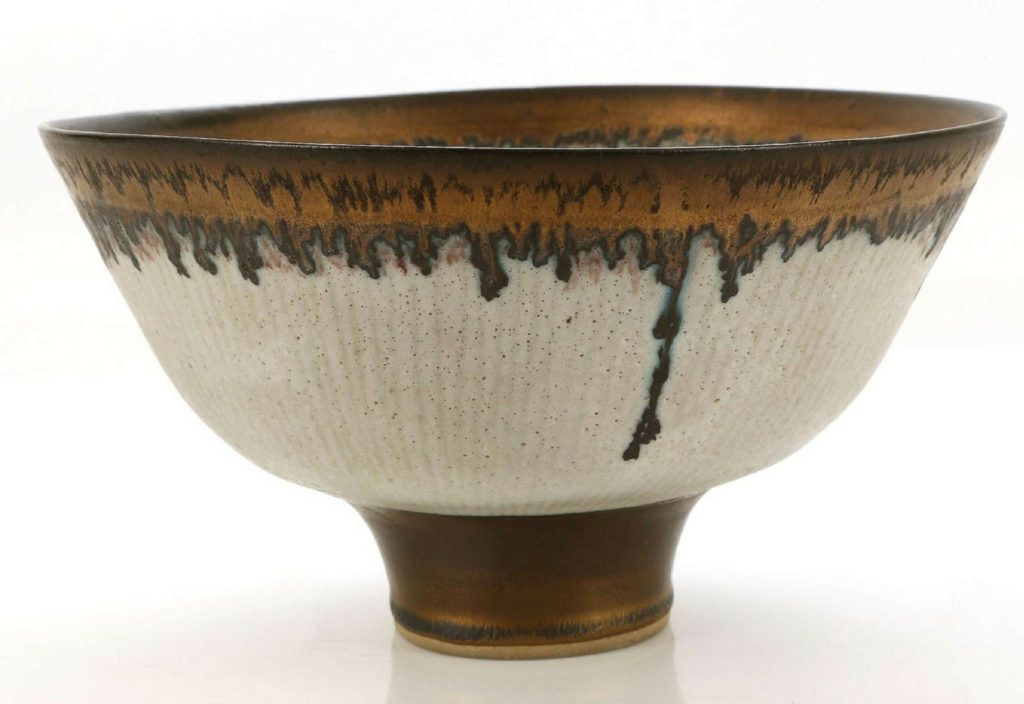 ‘I am never tired when I make pots.' – Lucie Rie

Ahead of the 20th Century & Contemporary Art & Design auction on 23 January, we take a closer look at the enduring appeal of the work of Austrian-born studio potter Lucie Rie, who is recognised as one of Britain's most eminent potters.

Lucie Rie is internationally celebrated for her simple, pure and straightforward forms, as well as the bright, bold glazes, rich in texture and deliberately evocative, that became her trademark. In 1967 Rie hosted a retrospective exhibition at the Arts Council and in 1991, she was awarded a Damehood. An exhibition in 1994 at the MoMA was a joint exhibition with her colleague and friend Hans Coper and encapsulated the culmination of her career. Rie’s work is housed in institutions across the globe, including the MoMA and the V&A.

Having established a name for herself in Vienna, Rie fled the burgeoning Nazi influence present in her home city and arrived in London in 1938 as an émigré artist where she established a pottery studio at Albion Mews in Paddington. By the time Rie arrived in London, she had already been awarded several prizes for her work at European design fairs, including a gold medal at the Brussels International Exhibition in 1935. Rie would experience lifelong separation from her close relatives and financial uncertainty into middle age. To make ends meet, Rie designed and produced buttons and jewellery for Bimini.

‘Through her training as a potter in Vienna to her exile in London, and to her creation of a style of making that had no counterpoint in the earthy functionalism of British pottery, she projected a force-field of separation from the expectations of those around her.’ - Edmund de Waal 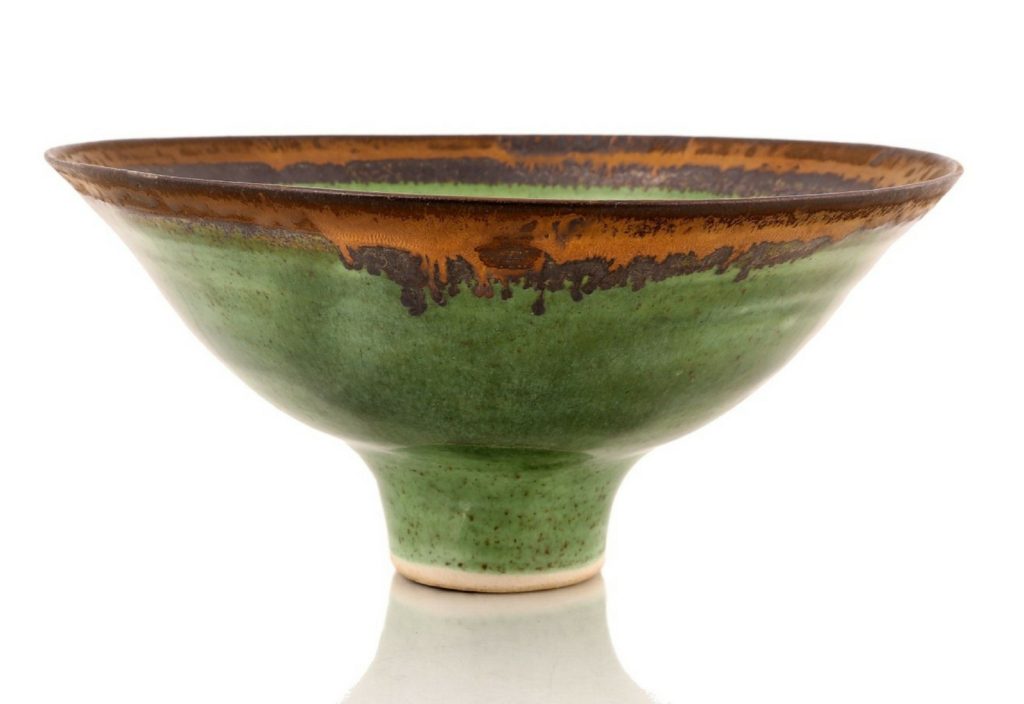 The Albion Mews workshop marked the beginning of the Rie-Coper partnership, which was based on reciprocal inspiration and understanding.  Rie would live here until her death in 1995. Rie and Coper were both preoccupied with expressing their individual style, outside of the mainstream tradition. Rie was in part influenced by Neolithic and Bronze Age pottery and the tools made with bird bones used to make patterns on the clay.

The potter’s popularity resides in the paradox at the heart of her work – the fragile-looking pieces are sculpted using sturdy stoneware. Furthermore, appeal lies in the varied decoration, melting colours and rainbow colours such as peacock blue, magenta and gold. A top tip for buying her works at auction is paying close attention to the condition of the particular piece. Rie’s pieces are sought-after by collectors across the globe and with prices for her work steadily increasing since her death, the market remains buoyant.