Ahead of the Printed Books & Manuscripts auction on 26th July, Specialist Carmen Donia explores the 'Cries of London' - a recurring theme in English printmaking for over three centuries, through ten framed prints (Lot 183) offered in the sale. 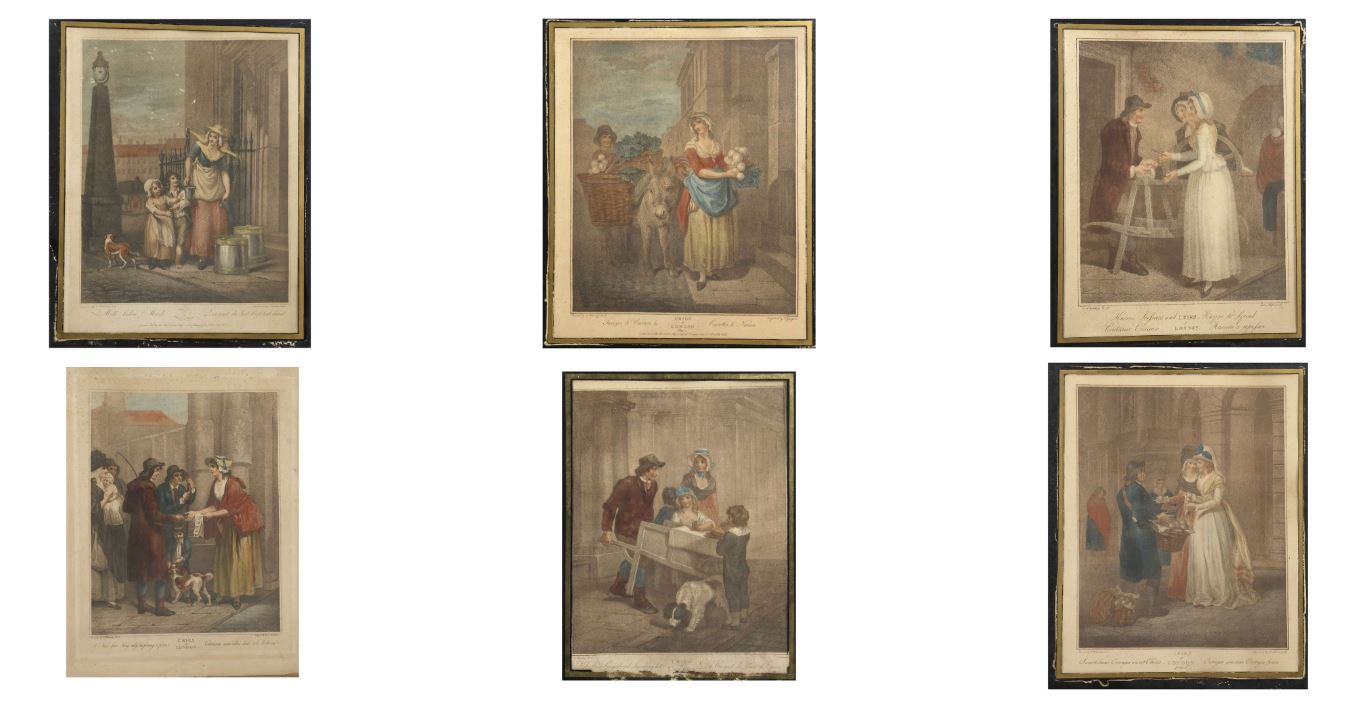 Whether in broadsides, books or engravings, the 'Cries of London' was a recurring theme in English printmaking for over three centuries. The very first set appeared in Paris around 1500 and between 1687 and 1739, the ensemble was first introduced into England by Dutch and Italian artists.

These colourful prints form a visual record of London’s 'lower orders' - the peddlers, street hawkers and grocers who made their living on the city streets. They provide an insight into a forgotten London where itinerant tradesmen would advertise their wares with a musical shout or a melodic rhyme.

London in the 18th and 19th centuries was famous for its noises. The street 'Cries' embodied the spirit of London and inspired many artists of different styles and techniques to create series of portraits, from idealised scenes to satirical caricatures of urban characters. One of the best known series is the group of pictures executed by Francis Wheatley (1747-1801), which enjoyed a long period of popularity in the English print shops. Between 1792 and 1795 Wheatley exhibited 14 paintings of the 'Cries' at the Royal Academy, with enough success for Colnaghi & Co. to commission some of the best engravers in England, including brothers Luigi and Niccolò Schiavonetti, Giovanni Vendramini and Thomas Gaugain, to reproduce thirteen of the series in stipple. Luigi Schiavonetti, born in Bassano in 1765, engraved with vivid tones the 'Primrose Seller', the 'Milk Maids' and the 'Orange Seller', shown above, in a style that was maintained by the engravers Cardon, Vendramini and Gaugain.

The engravings were offered for sale individually (at seven shillings and sixpence for a plain set and sixteen shillings for a coloured), or in a portfolio collection. Beautiful anonymous milkmaids with children, orange sellers and ballads hawkers are among the picturesque figures of this set of images. The 'Cries' featured products from all over England and Europe, mirroring the consumer revolution and showing London as a dynamic gateway to a larger world. In spite of their little value, these images became fashionable, even abroad (as suggested by the French version of the titles) and remain famous to this day as valuable documents of social history.