Philippa Glanville: Women Silversmiths from the 18th century to the Present day

The last Silver and Objects of Vertu auction featured an impressive scope of silverware and achieved fantastic results, including a pair of George III antique sterling silver candlesticks which realised £7,320 and a Harington Inkstand by Paul Storr, £10,370.00, (including buyer's premium.)

The esteemed Philippa Glanville OBE, formerly chief curator of the metal, silver and jewellery department at the Victoria and Albert Museum and co-author of ‘Women Silversmiths 1685-1845’ (Washington D.C., Thames and Hudson 1990), wrote an essay for the catalogue:

Today, mention women and silver in Britain, and a handful of distinguished individuals come to mind, such as Junko Mori, Ndidi Ekubia, Angela Cork or Rebecca de Quin. They create one-off art works for private clients and museums and are celebrated by the Goldsmiths’ Company. However, their predecessors two or three hundred years ago ran very different businesses. Active in both trade and craft at all levels, women ranged from the wealthy City retailer Louisa Perina Courtauld, resplendent in silk in her portrait by Zoffany, or Rebecca Emes, plate worker and partner with Edward Barnard in the largest manufacturing business in the world, to modest anonymous burnishers or button makers. Margaret Binley, mainly known for wine labels, also supplied Parker and Wakelin with buttons and buckles. She was presumably at the bench, taking on her late husband’s business, as happened across the country.

Women such as Welthian Goodyear, Bristol spoonmaker, Ellen Dare of Taunton or  Elizabeth Haslewood of Norwich acted as autonomous agents, running workshops and selling at regional fairs, being  fined by the  Goldsmiths Company for substandard work, signing a petition for a regional assay office, taking apprentices and paying out for insurance policies on their shops, workshops and stock .Not all registered marks at Goldsmiths Hall; we benefit from Tim Kent’s research in Wessex ,teasing out women such as Mrs Elvie of Dartmouth, widow of Peter , in trouble with the Exeter Company 1708;”we find yu have tricked us  men a  second time” .

From Hester Bateman, to Jane Williams of Cork and Elizabeth Eaton, women marked fish slices and other serving pieces such as asparagus servers, in a well-informed commercial response to the pockets and tastes of their customers, to dignify a dining table at modest cost.

In the past women silversmiths, notably the longlived Hester Bateman, were sometimes  described as creating more delicate silver, feminine in character. But this is to ignore the reality of the successful Bateman business established for more than half a century in Bunhill  Row. The secret of their highly commercial wares, exported and sold by retailers across the British Isles, lay not in gender but in their innovations. As John Culme showed, the Batemans had the first steam engine for flatting silver. If feminine delicacy was a factor, how to explain the heavy costly silver wares sold with Eliza Godfrey’s mark?  At her West End shop in Norris Street, her fashionable customers could buy rococo baskets, tureens and coffee wares, as depicted on her lavish trade card. Her secret was to pick her suppliers, her modellers, chasers and engravers as well as ensuring that her shop staff were courteous, well dressed and could speak French.

In the past thirty years, both archival discoveries and object studies have   reinforced a much richer and nuanced picture of the complex and multi-layered silver world. We can celebrate the role of women silversmiths on public view at the Museum of Women in the Arts in Washington, The Museum of Fine Arts Boston, Virginia Museum of Art and in displays at the V&A, the National Museums of Wales and of Scotland, and Exeter and other regional museums. Collectors can enjoy this approach too. Satisfying glimpses of women at work occur, such as the signature of Judith Touzeau, on a receipt for a modest purchase of secondhand spoons from her employer Louisa Courtauld in the trade cards at the British Museum. 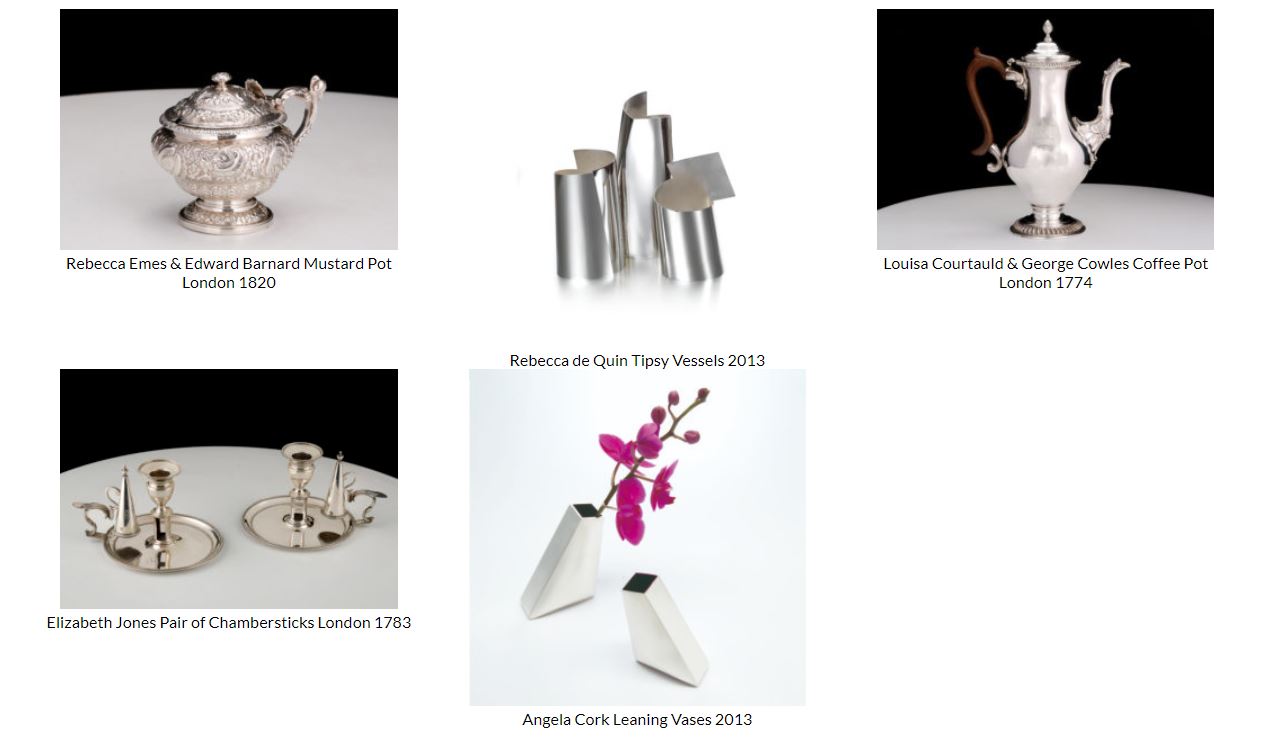 Entries are currently invited for the forthcoming auction taking place on 18 July, please contact Head of Silver John Rogers before 18 June with images for a free valuation: silver@chiswickauctions.co.uk