Origins of Coffee - from Ancient Ethiopia to the European Coffee-House 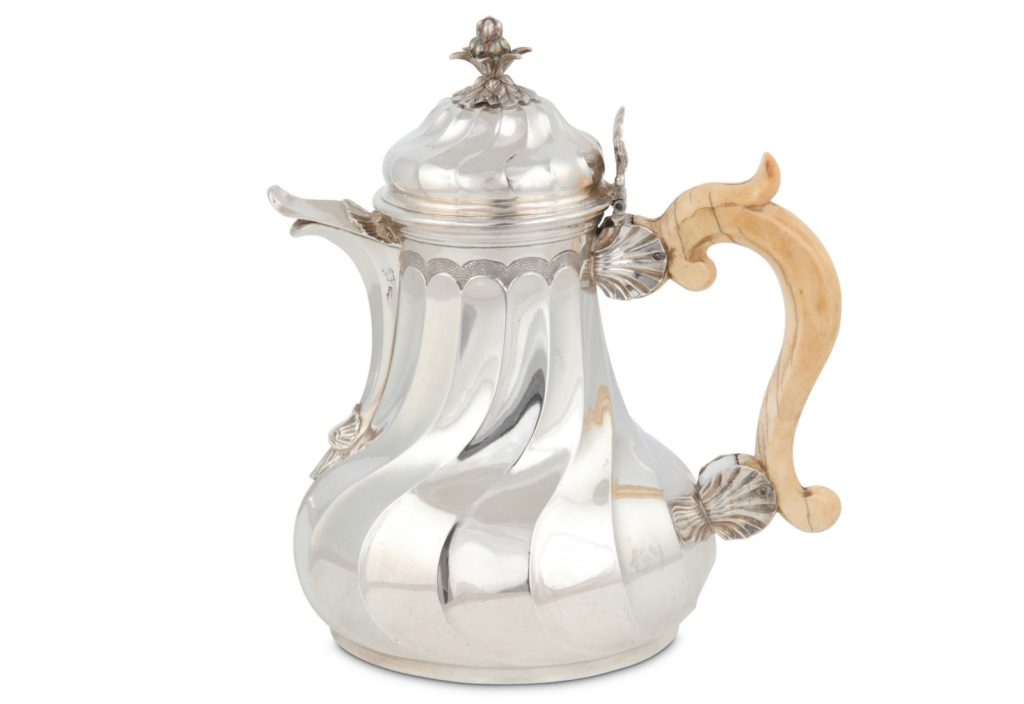 Ahead of the auction of Silver & Objects of Vertu taking place on 19th June, Specialist Amicie de Villenfagne explores the origins of coffee, the burgeoning trend for coffee houses in Europe and how this renowned drink was consumed during the 17th and 18th centuries.

Studies have shown that the first coffee bush was recorded in Ethiopia during the Prehistoric period. Coffee is famed for its specific taste and aroma, as well as for its stimulant properties. It was originally the latter that instigated the production of a coffee based drink; legend has it that in the 9th century a local shepherd noticed the stimulant effect the plant had on his goats. Supposedly, he then gave a branch to a monk, who boiled the beans and created a drink that was used to help other monks stay awake during a long night of prayer.

It is believed that coffee spread first to Yemen during the 12th or 13th century, then rapidly to the surrounding area and after became the official drink of the Arabic Peninsula. During the 15th century, pilgrims travelling back from Mecca introduced coffee to Persia, the Ottoman Empire, Egypt, North Africa and Syria. As a result, a plethora of coffee houses opened in Cairo, Constantinople and Mecca and became a place where people socialised, engaged in games, read poetry and exchanged ideas. 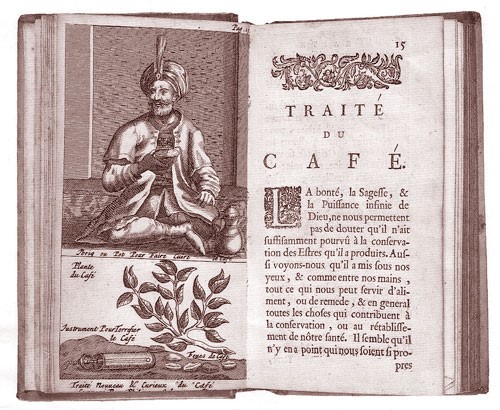 The Ottomans used two types of recipient for the preparation of coffee; the Cezve, a conical recipient with a long handle and the Ibrik, which later evolved into the baluster coffee pot popular in 18th century France. Coffee quickly became an important part of daily life, so much so that a Turkish law apparently stipulated that a woman could divorce her husband if he did not provide her with her daily measure of coffee.

Coffee was first introduced to Europe in Venice, through merchants returning from Constantinople around 1600. Coffee houses became a trend, with several popping up including the renowned Caffe Florian in 1720, which still exists today. The ambassador to the Ottoman Empire visited France in 1669, when he famously offered Louis XIV coffee served in a Turkish style ceremony. As a result, Turkish coffee became a fashionable drink amongst the French elite and it is known that Voltaire consumed up to twelve cups of coffee a day and was a keen collector of coffee pots. By 1700, there were over 2000 coffee houses in Britain and similarly to the East, they fast became a place where intellectuals and philosophers shared ideas and new theories were born. 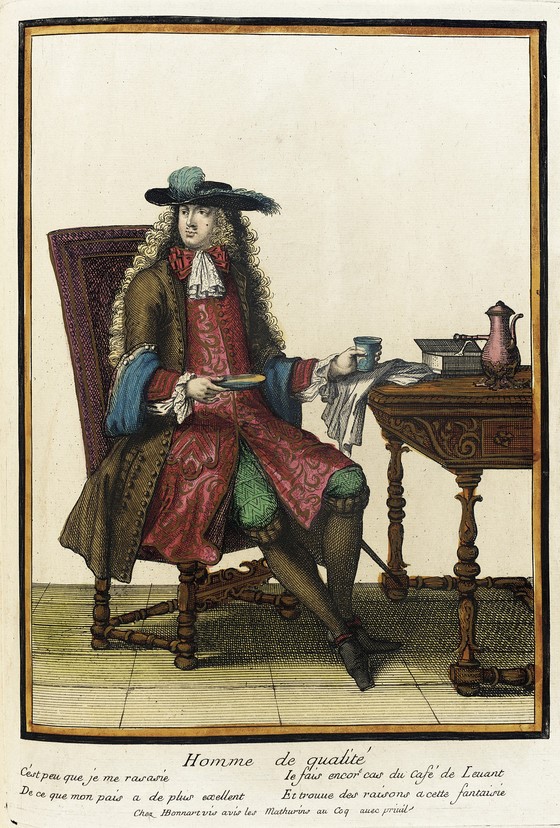 Objects linked to the preparation and consumption of coffee in Europe were initially imported from the East and then became manufactured locally. A large number of these were silver, although between 1699 – 1709 Louis XIV’s edict demanding that precious metals be melt down to finance war favoured the use of porcelain in France.

Initially used for coffee, tea and chocolate, it was only towards the end of the 17th century that shapes evolved so that each type became used for only one type of beverage. The oldest coffee pot that exists was made in 1681 by Georges Garthorn in England and was of conical form. The model favoured in France was the baluster coffee pot, raised on three feet with a high and short spout and with an ebonised wood side handle.

For several centuries, coffee was prepared using the traditional Turkish method, which used one instrument to boil and serve the coffee. Heated by an alcohol burner placed between the feet, the spout was high enough so that the grounds would not be poured with the liquid. Marabout pots (see lots 266, 270 and 272) were placed directly on a burner stand. This type of preparation was replaced by filtration and the coffee pot was then used solely for serving rather than preparation.

The average height of a coffee pot is approximately 18 to 22 cm, but smaller models do exist and contain enough to serve one or two cups. These are referred to as ‘égoïste’, meaning ‘selfish’ in French or ‘bachelor’s’ in English (see lots 265 and 266). Larger models are found mainly in the North of France and in Belgium, destined for weaker coffee (see lot 269.)

During the 18th century, items started to be grouped together to form an ensemble. Services were created to include a tray, a teapot, a coffee pot, a milk jug, and sometimes cups and saucers. It was also during this period that coffee became widely available; by the 1760’s many families owned a tin coffee pot and it was a refreshment no longer enjoyed solely by the elite.