Money in the (piggy) bank

The first preview of the upcoming Antiquities and Tribal Art sale is a lot that will appeal to all serious investors in the art market.

Here is a very special small terracotta piggy bank, which was produced in Indonesia during the Majapahit Empire in the 15th Century.

The shape is very familiar, with round hollow body and an opening over the back where the coins can be inserted.

Money boxes of the most disparate shapes have been in use since the Greek and Roman times and throughout the Middle Ages. However, the custom of using containers in the shape of a pig originated in Indonesia, in particular from the island of Java during the Majapahit Empire.

Majapahit piggy banks come rarely on the market as they needed to be broken to get at the coins patiently saved inside them. 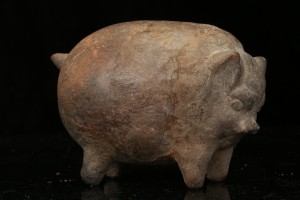 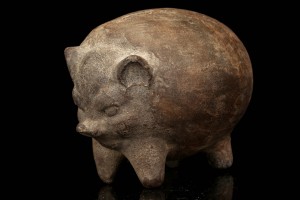