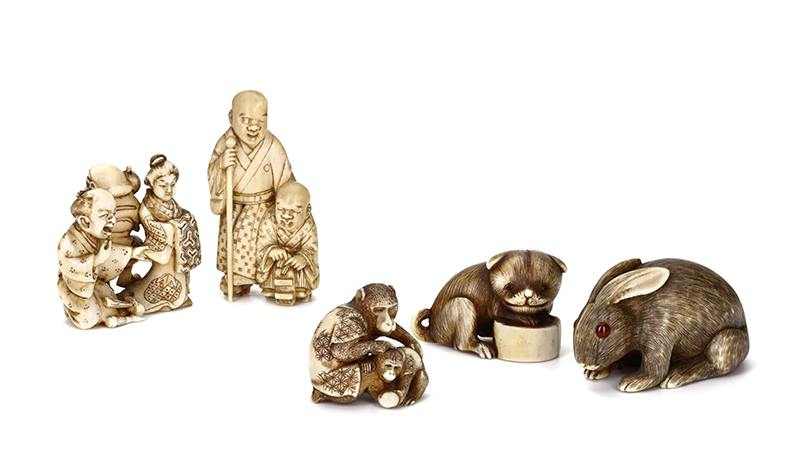 Ahead of the auction of Netsuke taking place on 27th February, Japanese Art specialist Yasuko Kido delves into the history of these intricately carved, miniature objects that provide a window into Japanese culture and society during the Edo period (1608 – 1868) and continue to captivate collectors around the world. 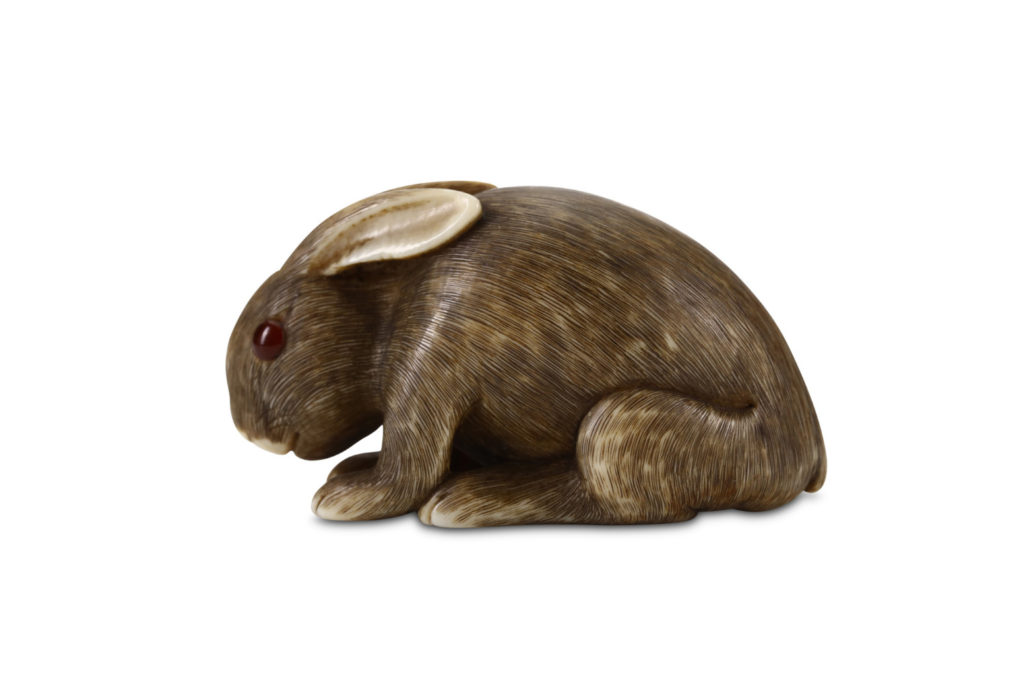 Edmund de Waal’s The Hare with Amber Eyes (2010) narrates the compelling story of a Jewish family’s miraculous survival through the wars and turbulence of the 20th century through a collection of treasured netsuke.

Following the Second World War, the family was unable to recover most of its collection, including priceless artwork. However, Anna, a loyal maid at Palais Ephrussi in Vienna during the war years, was able to hide 264 netsuke inside a mattress. Included in this collection was de Waal’s favourite - the hare. The average size of netsuke is only 3cm in height and with this in mind, they are discreet, easy to transport and require little space to display. 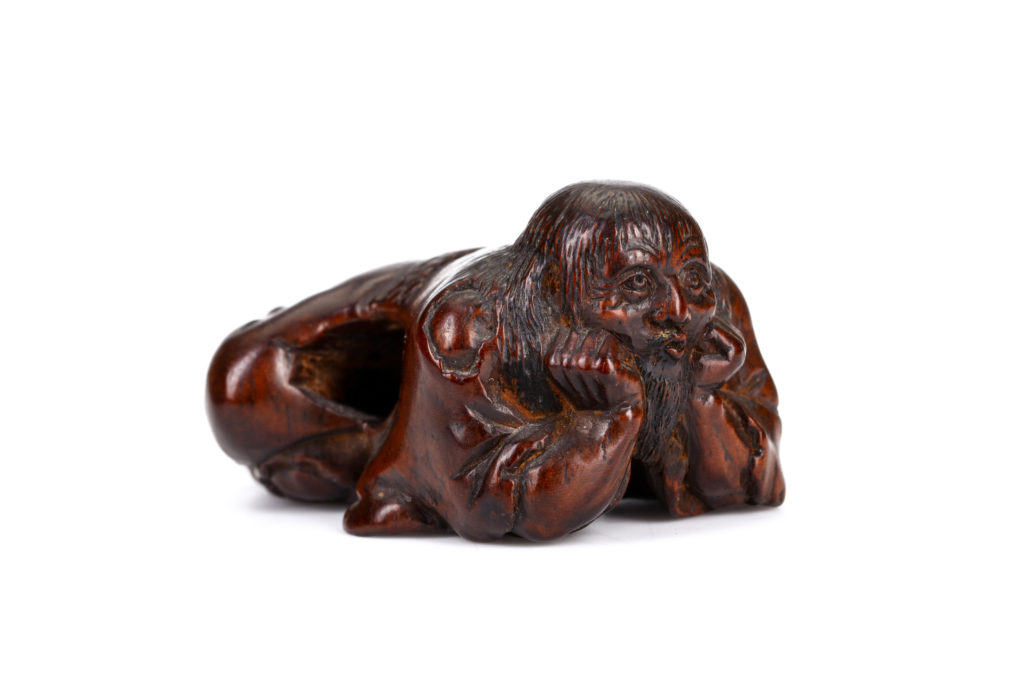 From the 17th century onwards, netsuke were a key practical component of traditional Japanese fashion. They had a wholly specific function; these ornamental miniatures were used as a toggle to fasten purses, containing personal belongings such as tobacco or medicine, to kimonos. Encapsulating a distinct time and place, netsuke were required to be unobtrusive, have a hole through which to pass a cord and have no protrusions that could damage a kimono.

Netsuke were required to be comfortable but also aesthetically pleasing; comparable to accessories such as cufflinks worn today, men of all classes used netsuke and the type chosen changed according to weather, season or occasion. However, as they evolved, netsuke became particularly popular amongst merchants who wanted to demonstrate their style and flaunt financial status through their fashion accessories.

As the production of netsuke developed, craftsmen began to experiment with advanced and varying ways for them to be used and handled. As a result, netsuke evolved into a uniquely Japanese art form in their own right, unrelated to other types of creative output in China. 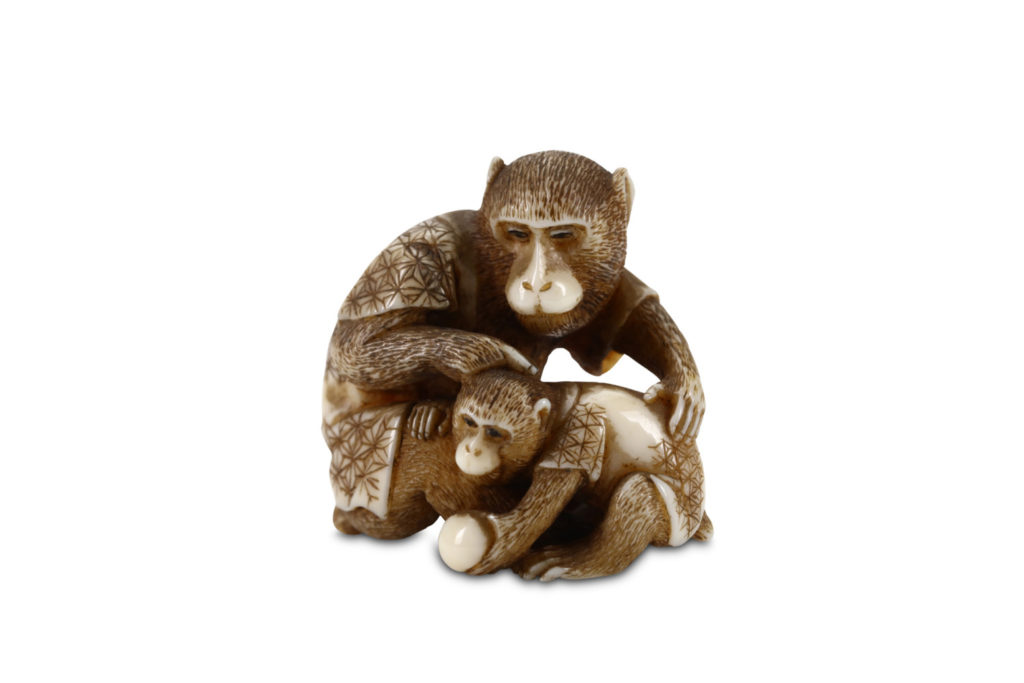 The clear parameters set by function allowed the makers’ imagination to run wild with subject; centuries of Japanese visual culture and the Chinese legends, historical episodes and exotic motifs contained in illustrated books provided a rich source of inspiration and resulted in an extraordinary variety of netsuke. Although early netsuke were less elaborate in appearance, this freedom to experiment resulted in a great inventiveness throughout the 18th and 19th centuries. The range of netsuke include animals, mythological creatures, religious subjects, legendary figures or botanical subjects, each one with its only unique story to tell.

Furthermore, later netsuke would often reflect cultural norms in a humorous or satirical manner. This mirrored a prevailing trend in Japanese art that was preoccupied with daily life such as work, contests or games. 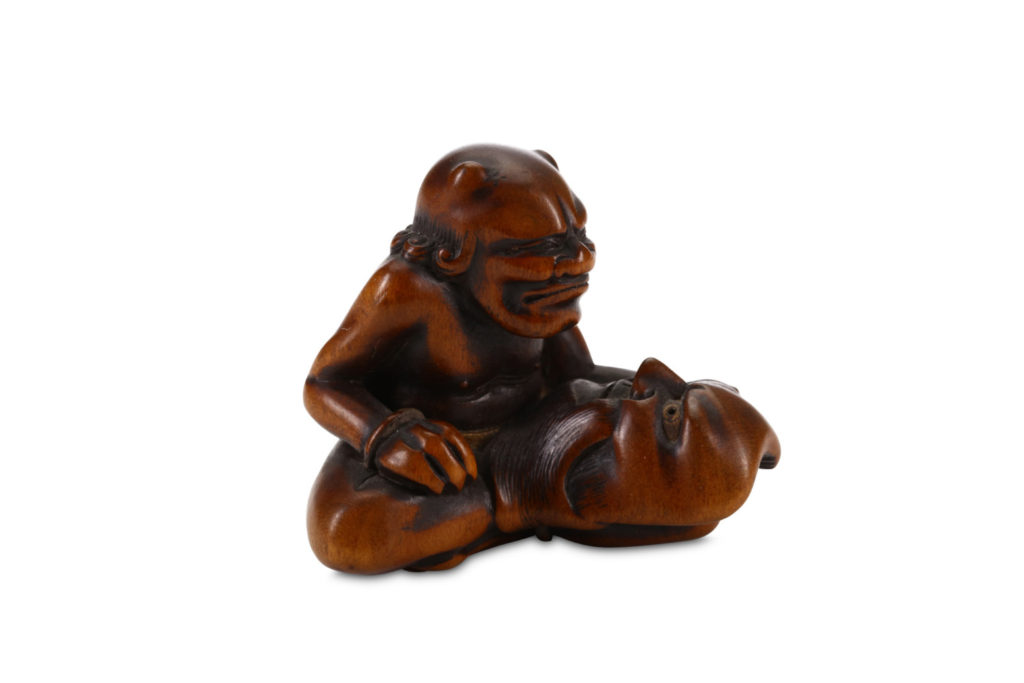 'Netsuke were produced by highly skilled craftsmen, some of whom were trained Buddhist sculptors or makers of musical instruments during the early Edo period. As demand for netsuke grew in the 18th century, makers began to sign their work and emerge as recognised artists in their own right.' - Yasuko Kido

However, not all netsuke are signed and it was not unusual for copyists to reproduce the signatures of their well-respected contemporaries. Authentication requires an expert eye and we are on hand to offer just that. 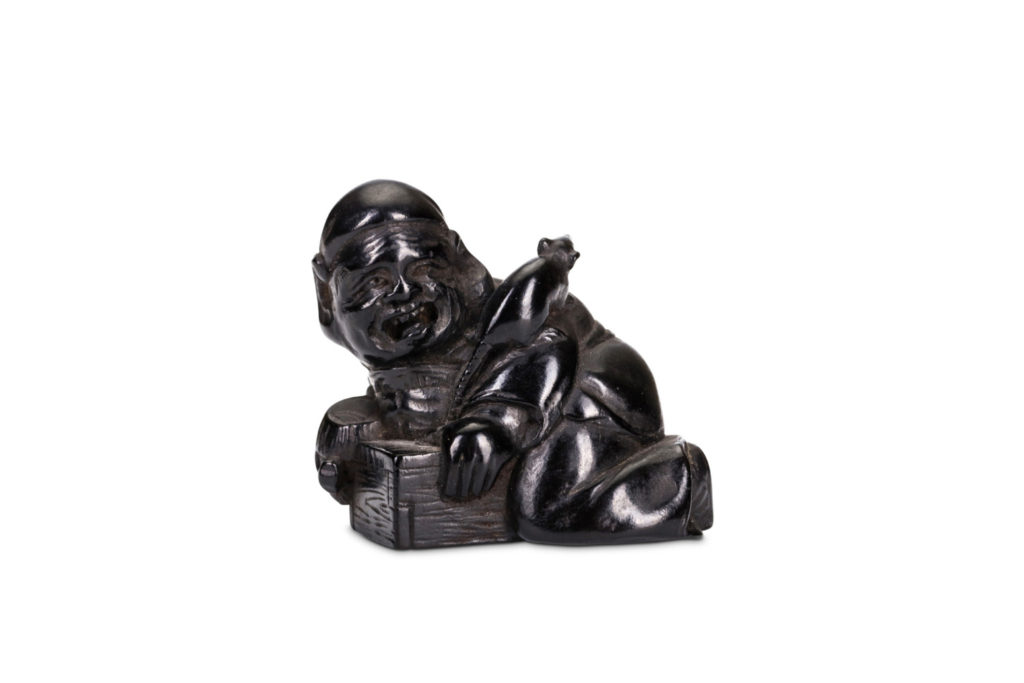 As Japanese fashions became more influenced by the West, the demand for netsuke dwindled and they became prized by collectors around the world. This was particularly apparent after Japan opened to the West in 1854; a variety of decorative arts began to be exported and makers of netsuke were able to make a living due to demand from Westerners who were attracted to the exquisite workmanship and their small size.

The appreciation of Netsuke as an art form is an international one; a global network of collectors and dealers study and share their knowledge through membership of study groups and conventions, including the International Netsuke Society. Specialist dealers exhibit their netsuke at international art fairs and many museums house a selection, including the British Museum that has over 2,300 in its collection.