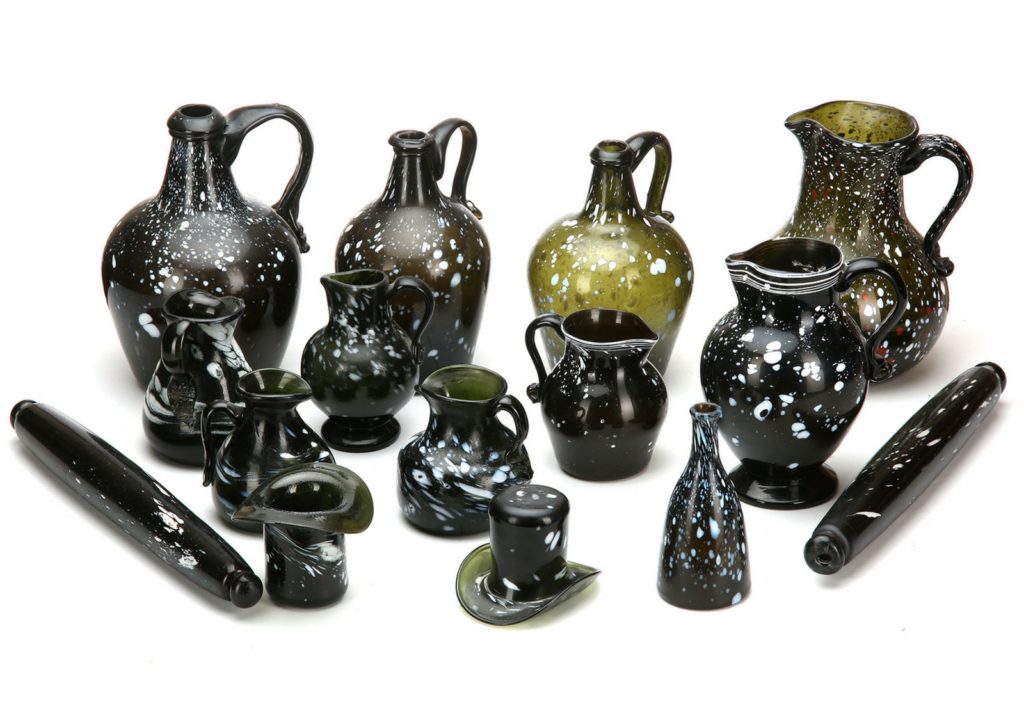 Ahead of the auction of Ceramics & Glass on 13th February, Head of Department Dr. Jim Peake explores the story of Nailsea glass through a private collection of archetypal early Nailsea-type glass offered in the sale, which characteristically flecked with white, includes jugs, flasks, rolling pins and a rare pair of novelty hats.

'Splash decoration on blown glass has been used since the Roman period, if not before. It was produced by rolling a molten gather of glass over a hot marver, which is a heat-proof flat surface usually made of iron or steel, to pick up coloured chips of crushed or powdered glass prior to blowing. It is this streaked and splashed, sometimes also trailed and combed, decoration which is characteristic of Nailsea or Wrockwardine-type glass of the late 18th and 19th centuries.' - Dr. Jim Peake

In 1745 Parliament first levied the Glass Excise tax in Britain, which lasted for a hundred years until its abolition in 1845. The introduction of this tax imposed administrative restrictions and a heavy financial burden on the English, and later the Irish, glass industries. All types of glass were subject to this tax, with higher quality colourless flint and crown (window) glass charged at the highest rates, and poorer quality green and bottle glass at the lowest rates.

'Restrictions were placed on the types of glass that a factory could produce; they could make either lower quality bottle and crown glass, or higher quality flint glass which was used for tableware and finer items, but not both.' - Dr. Jim Peake

Excise men were employed to inspect the factories to make sure they were paying their taxes. The increasing demand for both windows and bottles in the course of the 18th century in Britain meant that many glass factories sprang up to meet demand. The heavy duty and restrictions on flint glass meant that it was commonplace for bottle factories to make tableware out of bottle or window glass, which was decorated very simply with white dots or trails to make it more attractive. 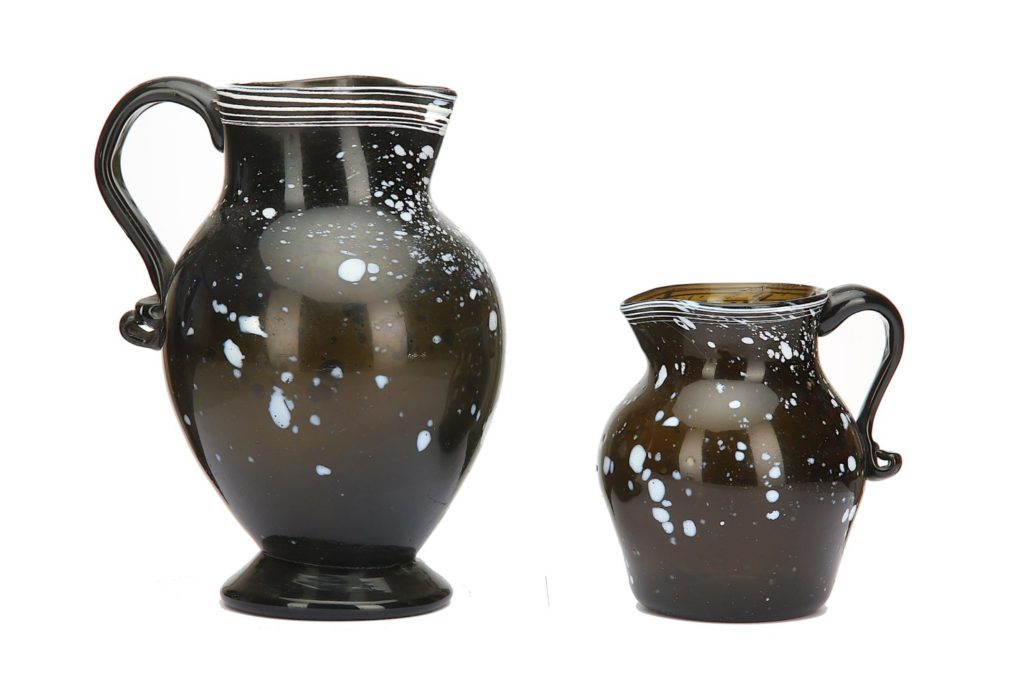 The Nailsea factory was established by John Robert Lucas near Bristol in 1788 to produce bottle and window panes. Ideally situated by a coal mine, all the raw materials for glass production were available nearby. It was one of the largest of many bottle factories making flecked, mottled and striped glass, and as such gave its name to glass decorated in this way. Nailsea is now mainly associated with glass novelties but these were in fact made at bottle and window factories all over the country, including Newcastle, Stourbridge, Wrockwardine Wood in Shropshire and Alloa in Scotland.

Both types of glassware were typically decorated with white or coloured splashes or lines, sometimes combed to produce feathered decoration. By the mid-19th century Nailsea-type glass was brightly coloured, in shades of green, red, blue and yellow; clearly not the products of the everyday bottle and window glass factory which lends its name to this glass. 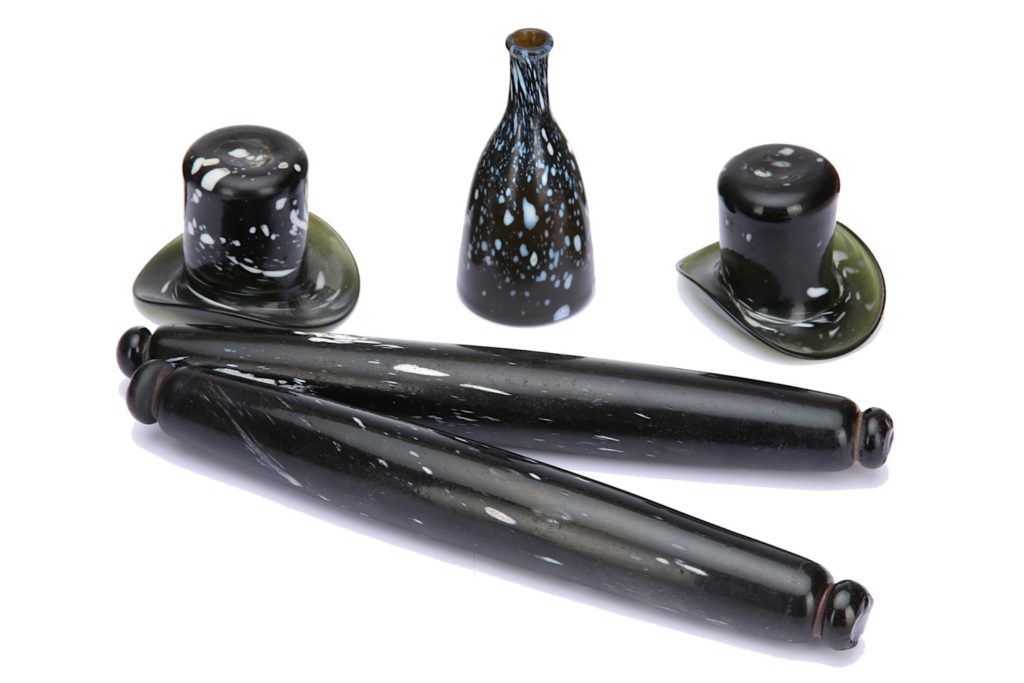 'Novelty items including glass walking sticks, pipes, hats and swords were in popular demand, which are rather romantically assumed to have been produced to use up the remaining glass in the pot at the end of the working day. However, the extent of export of these pieces shows that this was far more than a backdoor business.' - Dr. Jim Peake

The Nailsea factory closed in 1873, but Nailsea-type products remain instantly recognisable and popular amongst collectors. Whilst the brightly coloured pieces from the Victorian period are inexpensive, pieces similar to those offered in the sale, produced from vernacular bottle glass in the late 18th and early 19th centuries, are more rare and remain highly sought after.