Laque is the new Black! Mother-of-Pearl Inlaid Porcelain in the Kangxi era 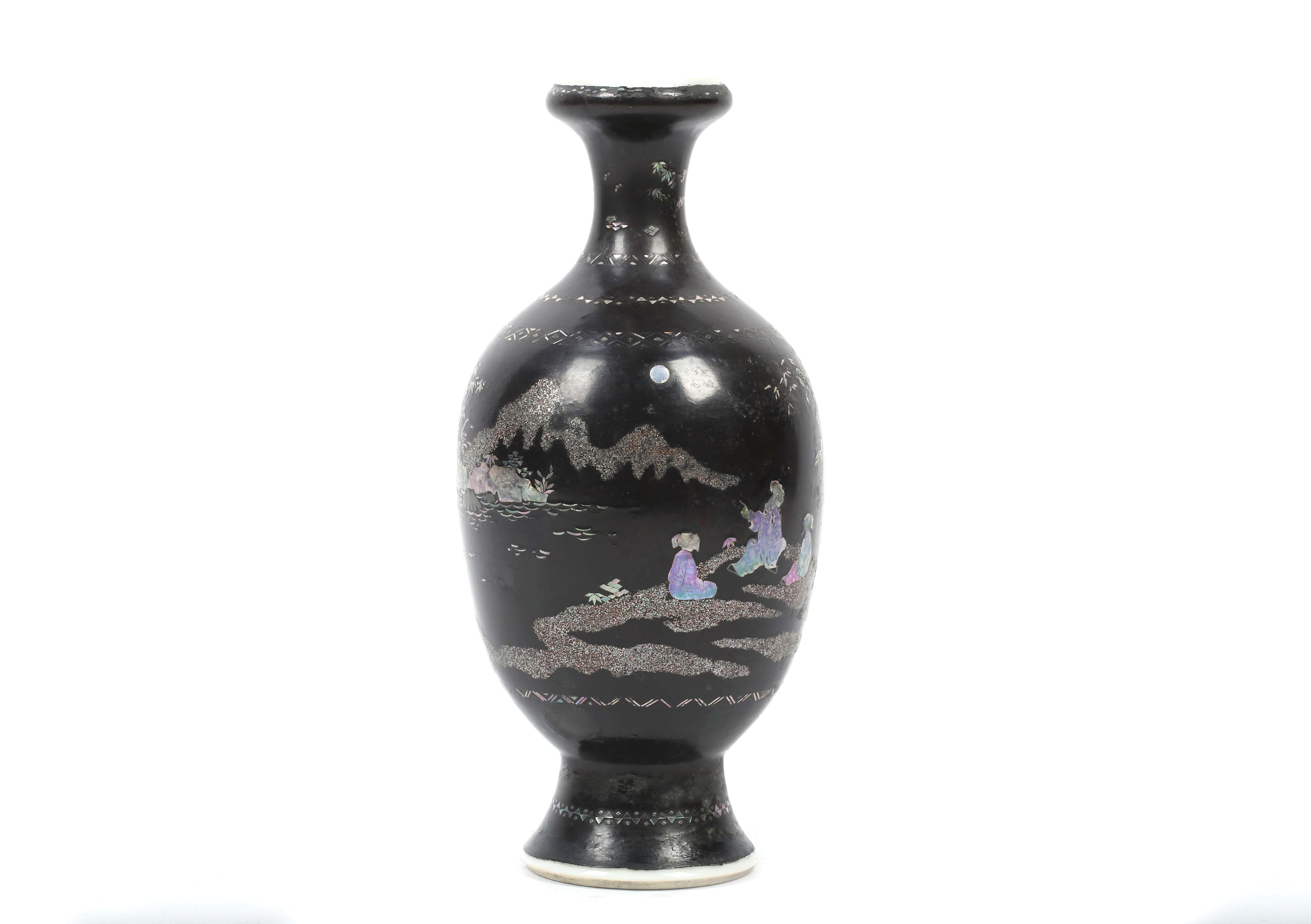 Mother-of-pearl inlay has a long history in China, but the works produced through the 17th Century and into the Kangxi period (1662-1722) are a particular highlight. 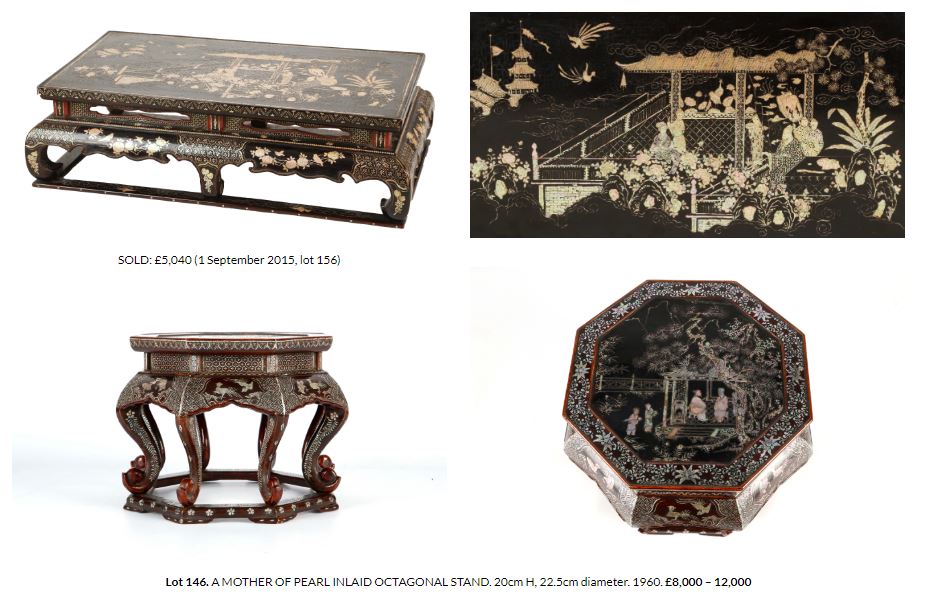 Examples of porcelain applied with lacquer and mother-of-pearl inlaid decoration, sometimes referred to as laque burgautée, are extremely rare and require a pain-staking process of cutting, polishing and lacquering mother-of-pearl pieces before setting within a black lacquered surface which takes on the appearance of a glaze. The technology behind the limited group of known pieces of this type is thought to have been developed under the reign of the Kangxi Emperor although Strange (1926) attributes one lacquered vase from the Stephens collection to the Qianlong era (1736-1795). Among the Kangxi examples, there are a pair of baluster form vases and covers from the Grandjean collection in the Museum of Decorative Arts (donated 1923), a jar from the Winkworth collection in the Gemeentemuseum in the Hague (donated 1933) and a yenyen vase from the Bushell collection (published in his work, Chinese Art, 1910, vol 2). Another piece, without provenance information, is reproduced in an article from a 1910 edition of Connoisseur magazine. These pieces are illustrated below left to right.

The European interest in these pieces, apparent particularly in the first quarter of the 20th Century and earlier, gives an indication that European porcelain collectors may have appreciated them within a broader context of Chinese porcelain, rather than as virtuoso examples of mother-of-pearl inlaid black lacquer. Indeed black-ground porcelain, particularly popular with the European export market, experienced significant development in the Kangxi era. Mirror black glazes (for example, see lot 231) were high fired with a highly glossy finish and were a specific innovation of the Kangxi period, being produced from colbalt with iron and manganese rather than the purely iron-based blackwares of the Song Dynasty. Mirror black porcelain was on occasions decorated in gilt, and in very rare cases enamelled with other colours.

Another Kangxi development in black-ground porcelain was famille noire porcelain where black is applied to the unglazed surface of the vase under a layer of bright green enamel to intensify the colour, often around the edges of coloured enamel decoration. In this context it is easy to see how laque burgautée decorated porcelain may have been seen as a novel variation on the theme of black-ground porcelain.

Nevertheless, the present piece in its pared down depiction of scholars relaxing outdoors exhibits a strong literati aesthetic; and in common with Beurdeley and Raindre's (1987) description of the Winkworth jar, is 'a piece of great rarity' (Qing Porcelain: Famille verte, Famille rose, London, 1987, p. 65).