As CHISWICK AUCTIONS embarks on its inaugural sale of FINE CHINESE PAINTINGS, head of department LAZARUS HALSTEAD introduces why 20th Century ink paintings represent a good place to start for the would-be collector.

Chinese paintings are also often considered a difficult field to get into. However, the work of twentieth Century artists represents an accessible place to start. Also, by buying well provenance works you can avoid problems of attribution and authenticity often associated with Chinese classical paintings.

Twentieth Century works represent a golden age in the five thousand year old art form of Chinese ink painting, a time when modernisation, experimentation and cross fertilisation with Western Art techniques took place. The five artists represented below, to be offered in FINE CHINESE PAINTINGS on 15th May 2017 at Chiswick Auctions represent something of the range of styles and techniques that took place over the last 100 – 150 years.

Whilst slightly outside the 20th Century in terms of date, Ren Yi was one of the leading figures in the movement known as the Shanghai school, which is considered by many as an important precursor to the modernisation of the 20th Century. Ren Yi is particularly known for his figurative painting and bird and flower painting and his work is characterised by bold brushwork and strong colours. 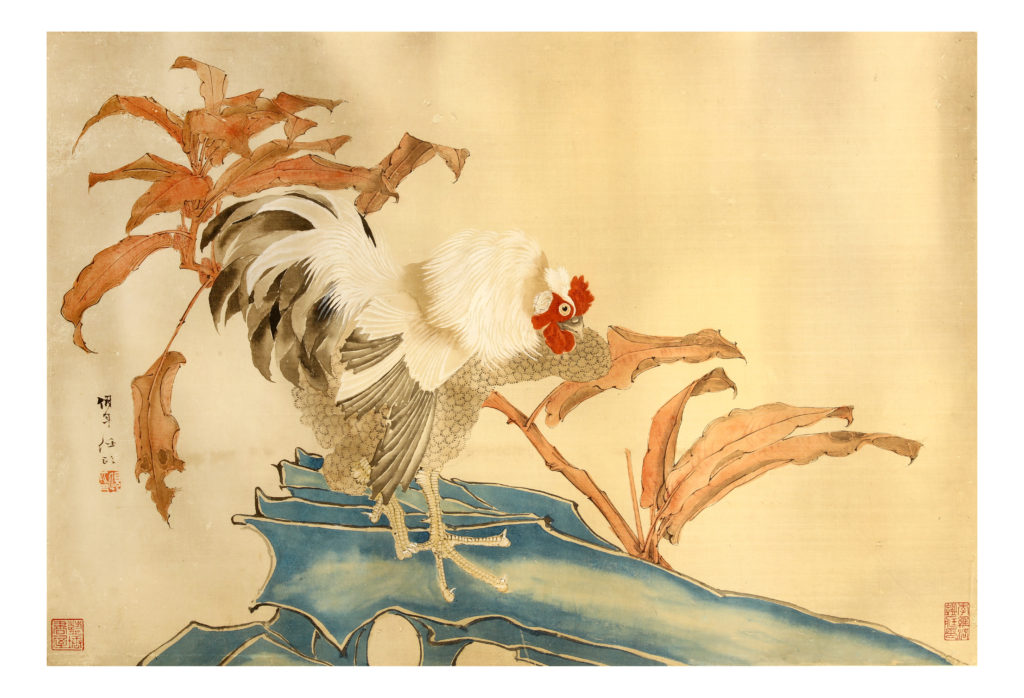 Often considered the greatest master of 20th Century Chinese paintings Qi Baishi lived to the age of 93, with much of his most representative work created in the third quarter of his life.

A student of the great ink painter Zhang Daqian, Fang Zhaoling is likely the most famous female Chinese artist of the 20th Century. She is famous for naïve figurative scenes and also spent time in the UK. 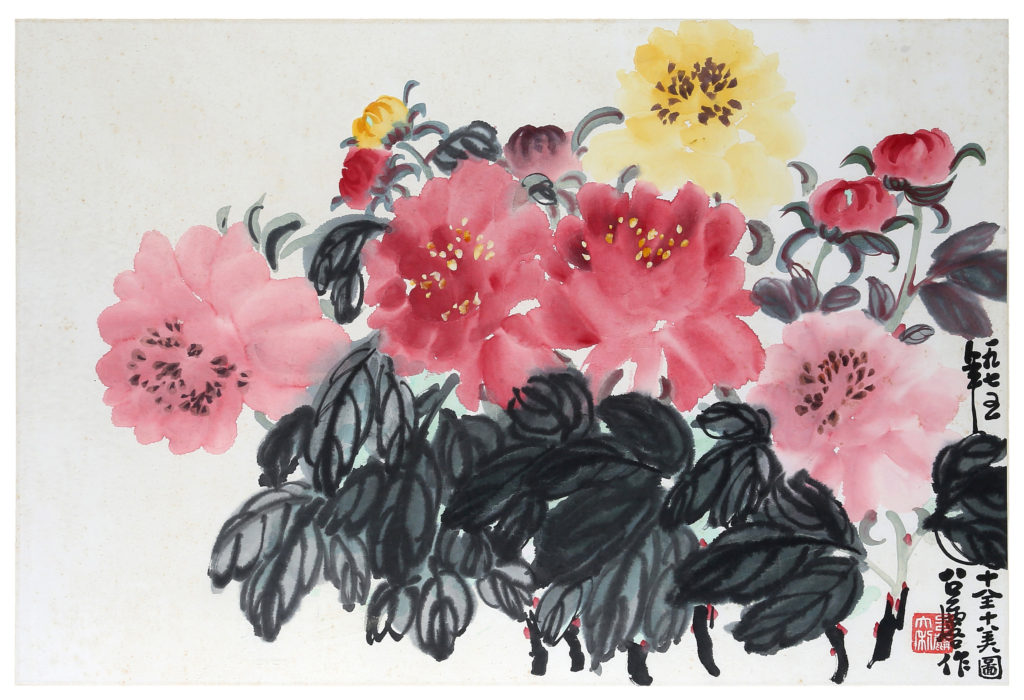 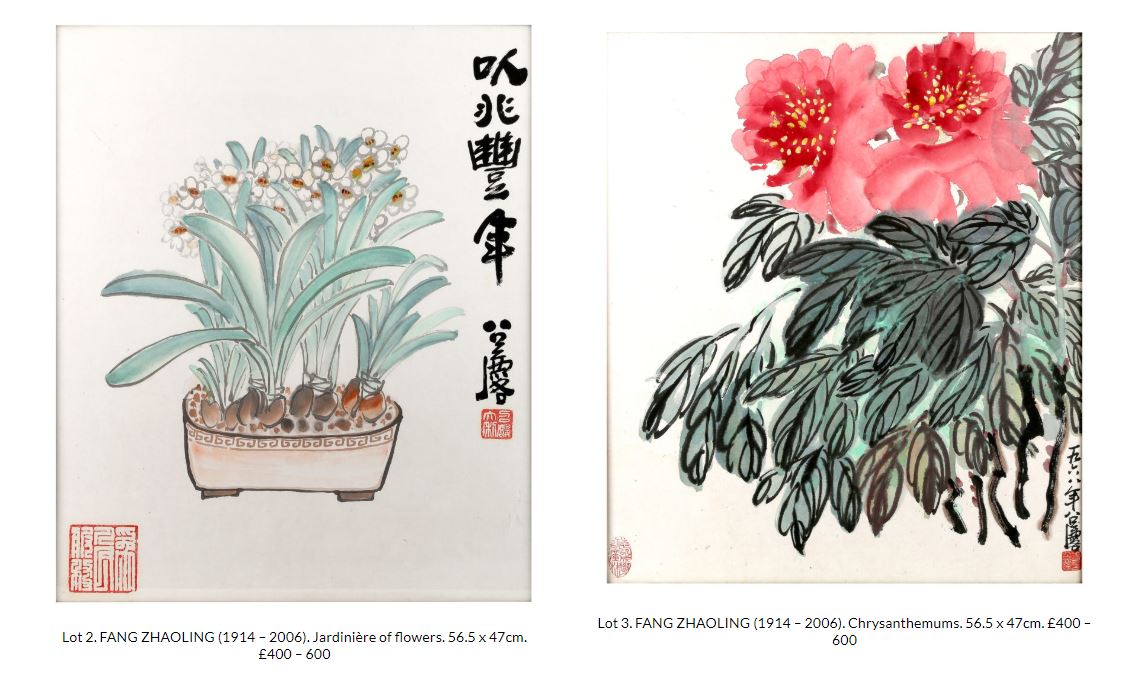 An accomplished landscape painter, Ying Yeping was a professor at Xinhua Art Academy prior to 1949 after which point he relocated to Shanghai. 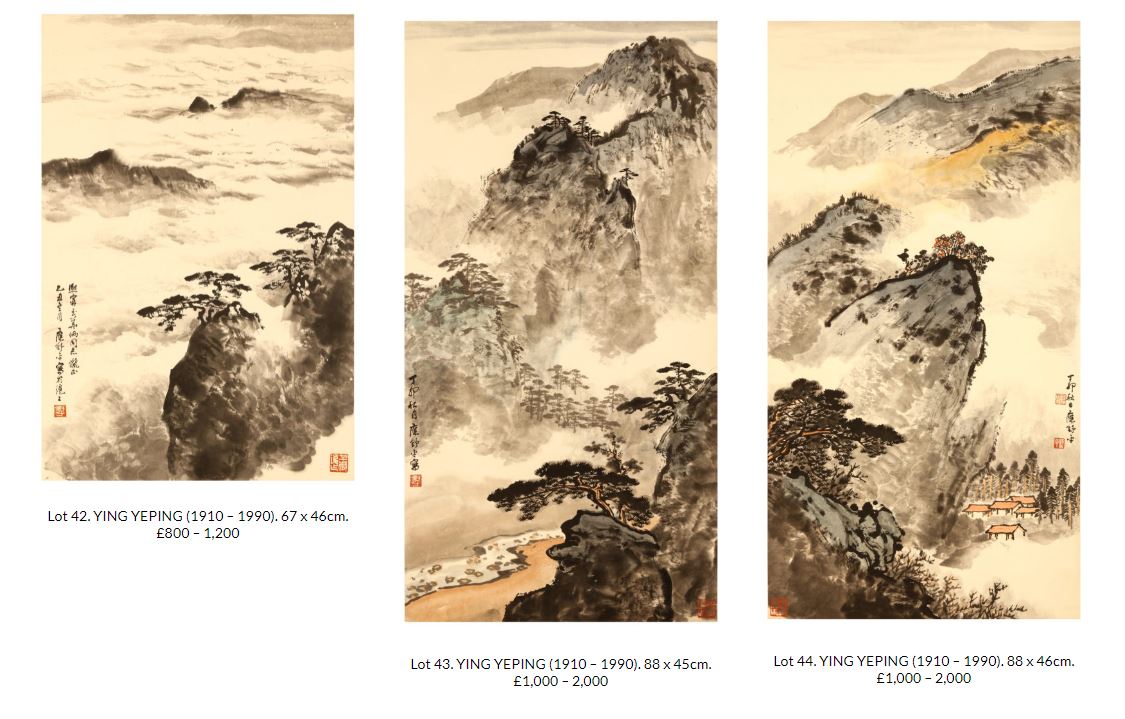 Chen Jialing belongs to a group of artists broadly working under the category of ‘Contemporary ink’. His work applies principles of abstract expressionism to Chinese ink painting creating dreamlike paintings of lotus plants or landscapes. 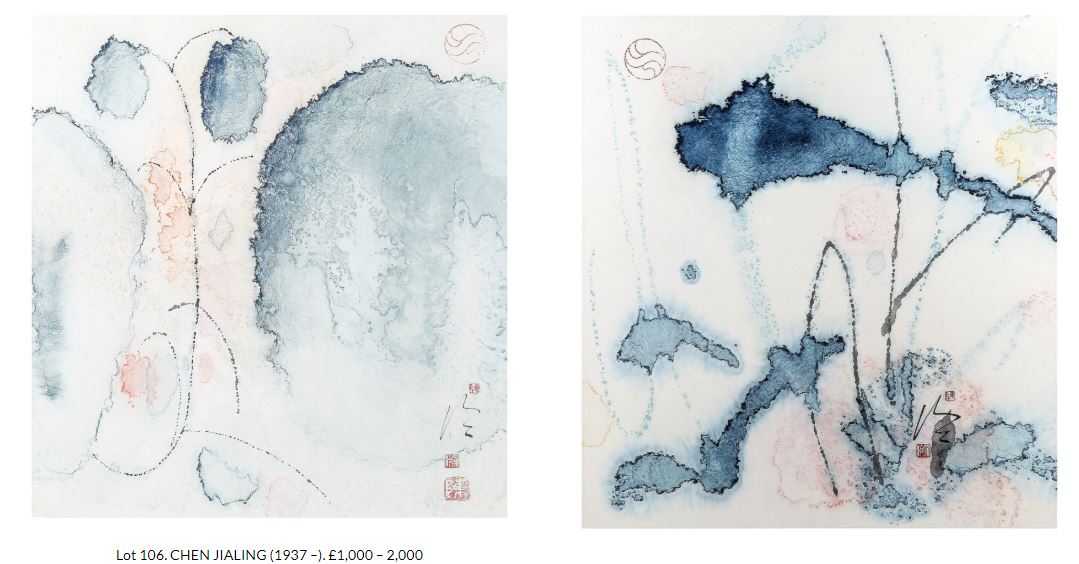 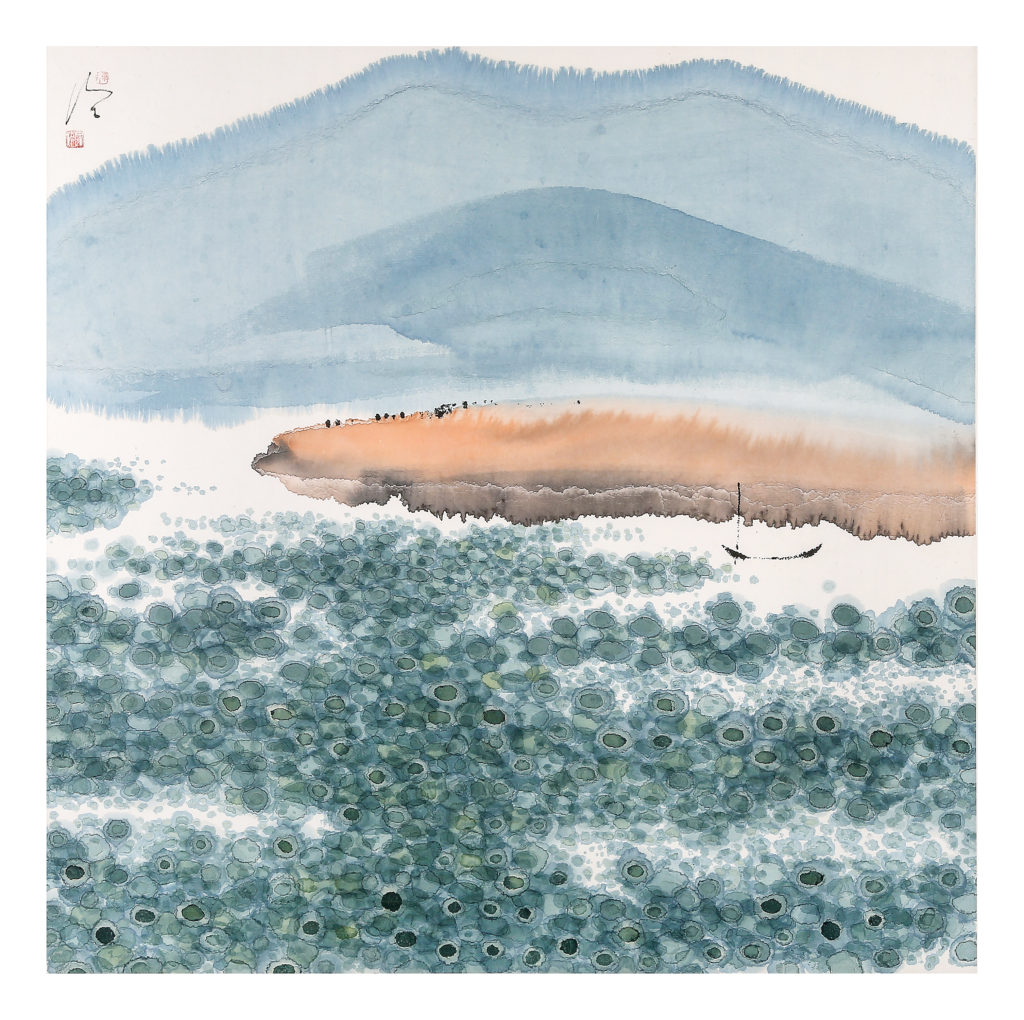 All lots illustrated above, will be offered in FINE CHINESE PAINTING, Monday 15 May 2017 by Chiswick Auctions.