Decorative arts created during the reign of China’s greatest Emperor

Ahead of the inaugural sale, Kangxi: the birth of an era, taking place on the 12th November as part of our Asian Art Week, Head of Asian Art Lazarus Halstead takes a closer look at the curated selection of porcelain and decorative arts created during the reign of the great Kangxi Emperor (1661 – 1722) offered in the sale.

As the first ruler of the Qing Dynasty, the Kangxi emperor reigned from 1661 to 1722. Kangxi is considered to be one of China’s greatest Emperors and his reign marked a time of technological and social advancement, in which the arts also flourished. The Kangxi Emperor was Manchu and his ascendency marked the assertion of power by the Manchu people over the Han minority who had ruled China during the preceding Dynasty. As such it is often possible to spot references to Manchu identity within the artwork of the Kangxi period. 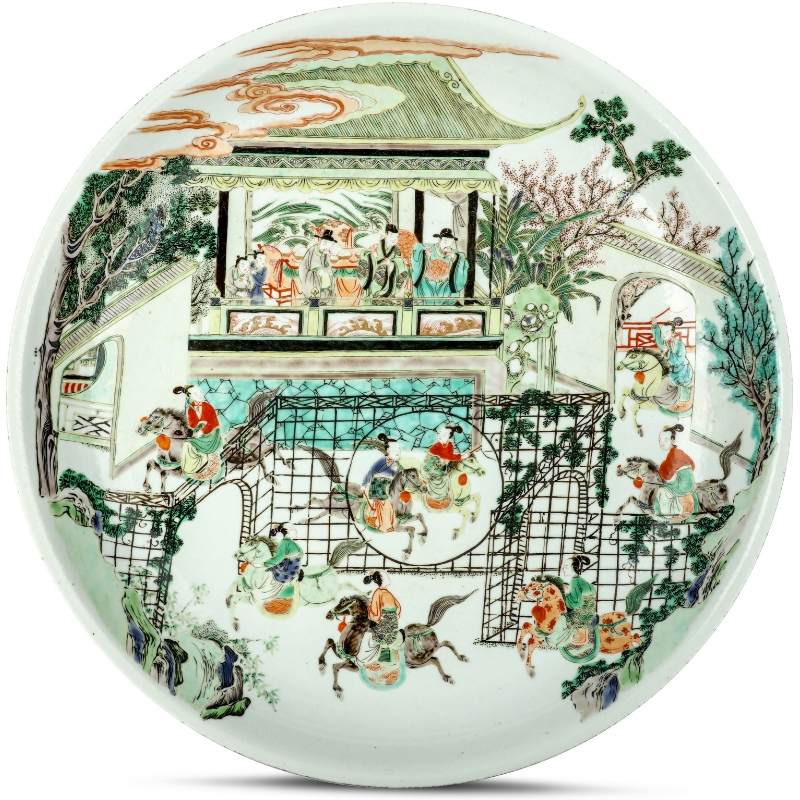 The wucai dish (figure 1) depicts a group of ladies racing horses among trellis work on a palace veranda. This visually refers to the horse-riding heritage of the Manchu people, confirmed by contemporary Western accounts. George Staunton, a member of the Macartney delegation to China commented ‘on horseback, riding astraddle like men’ (Mark C. Elliott, The Manchu Way: The Eight Banners and Ethnic Identity in Late Imperial China, Stanford, 2001, p. 246).

References to Manchu culture also evolved in the physical art itself. Developments in mother-of-pearl inlaid lacquer during the period meant that the intricate detail of inlay work and its incorporation of gold leaf meant that the medium reached new a new zenith of achievement during the Kangxi period.

In fact, mother-of-pearl shells were harvested from the Sungari, Yalu and Amur rivers in Manchuria, which gave them a special association with the Manchu homeland (John Kieschnick, The Impact of Buddhism on Chinese Material Culture, Princeton, 2003, p. 135). Examples of mother-of-pearl inlaid lacquer can be found in figures 3, 4 and 5 shown above.

Other artistic developments of the period were venerations of the achievements made by previous Dynasties. This included the technique of monochrome red glazes which had previously been perfected for a short period during the early Ming Dynasty. The langyao glaze was developed under Lang Tingji (1663-1715), supervisor of the imperial kilns at Jingdezhen during the Kangxi era. For examples of this glaze see figures 6 and 7.

Other examples in the sale make a show of archaism, taking the archaic forms of the gu (figure 8), the fanghu (figure 9) and the decoration of taotie masks drawn from archaic bronzes of the Shang and Zhou. 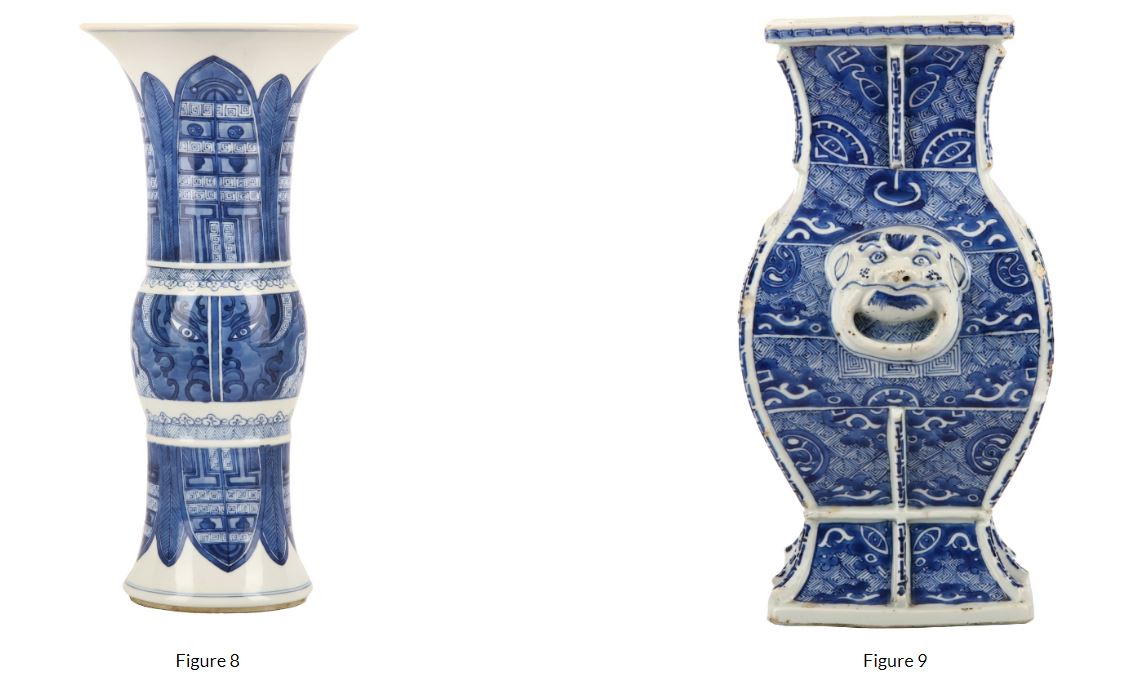 In the West, the Kangxi period is perhaps most strongly associated with porcelain, both blue and white and famille verte. Famille verte porcelain are works enamelled in colours with green generally considered dominant, and is known in Chinese as wucai (or five colours). It was popular throughout the 19th and early 20th Centuries. The sale includes pieces from the collection of H.E. Leetham, acquired from Bluetts between 1916 and 1923 (figure 10,11 and 12).

Blue and white porcelain designs often stemmed from woodblock prints of the period. Figure 13 depicts a scene of women working at textile embroidery. Such scenes derive from works like the Yuzhi gengzhi tu (Imperially Commissioned Illustrations of Agriculture and Sericulture), commissioned by the Kangxi emperor. 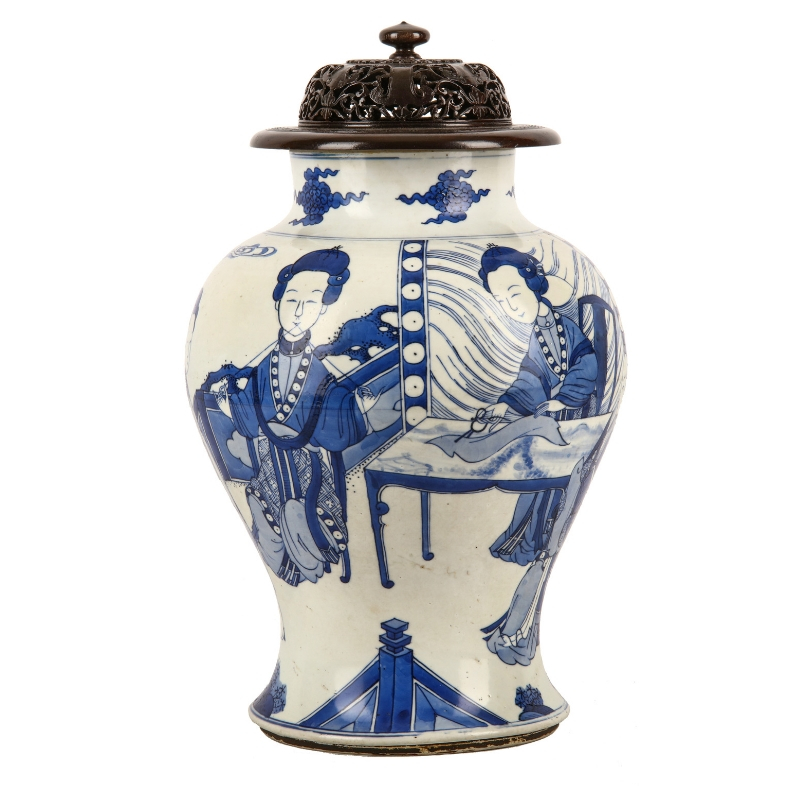 Imperially designed works provided the model for the production of commercial kilns which could be unmarked but of extremely high quality. A distinction is often made between domestic and export pieces, however, the distinction is sometimes difficult to qualify and verify.

Many works were created for stately homes or even Royalty and the association between Kangxi pieces continued through the twentieth Century. Coco Chanel collected thirty-two Kangxi era coromandel lacquer screens which she used to decorate her apartment at 31 rue Cambon.

“I’ve loved Chinese screens since I was eighteen years old…I nearly fainted with joy when, entering a Chinese shop, I saw a Coromandel for the first time…Screens were the first thing I bought…” (Claude Delay, Chanel Solitaire, Gallimard, 1983, p 12).’ – Coco Chanel 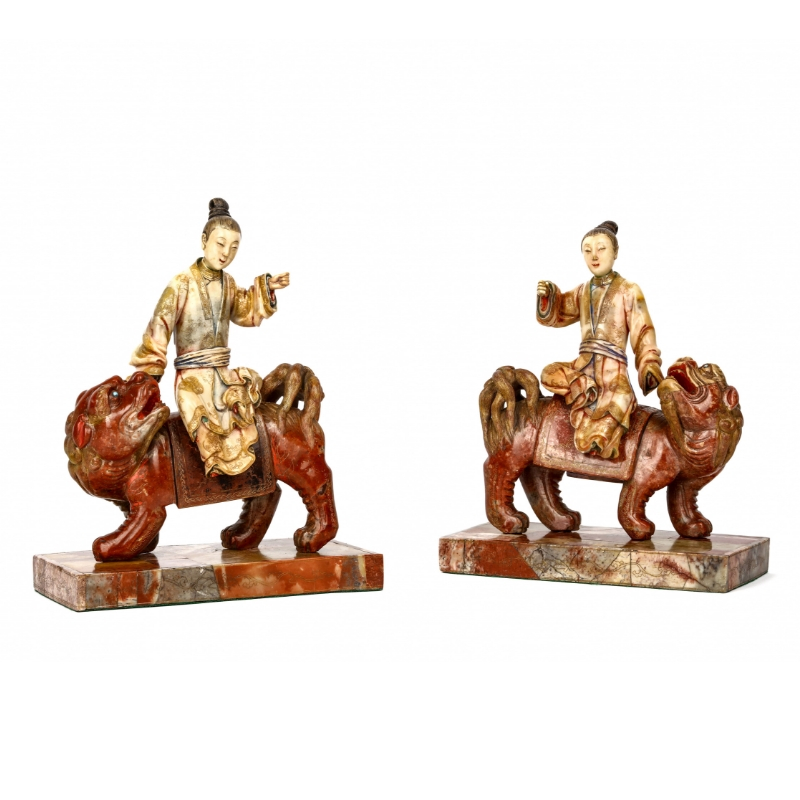 Soapstone carvings from the collection of Sir Hans Sloane entered the British Museum in 1753 with one piece, a 'Chinese idol with pott (sic)', having entered his personal collection prior to 1718 (R. Soame Jenyns, Chinese Art. The Minor Arts II, London, 1965, p. 270, pl. 182). See figure 14 for examples of soapstones dating to the Kangxi era. 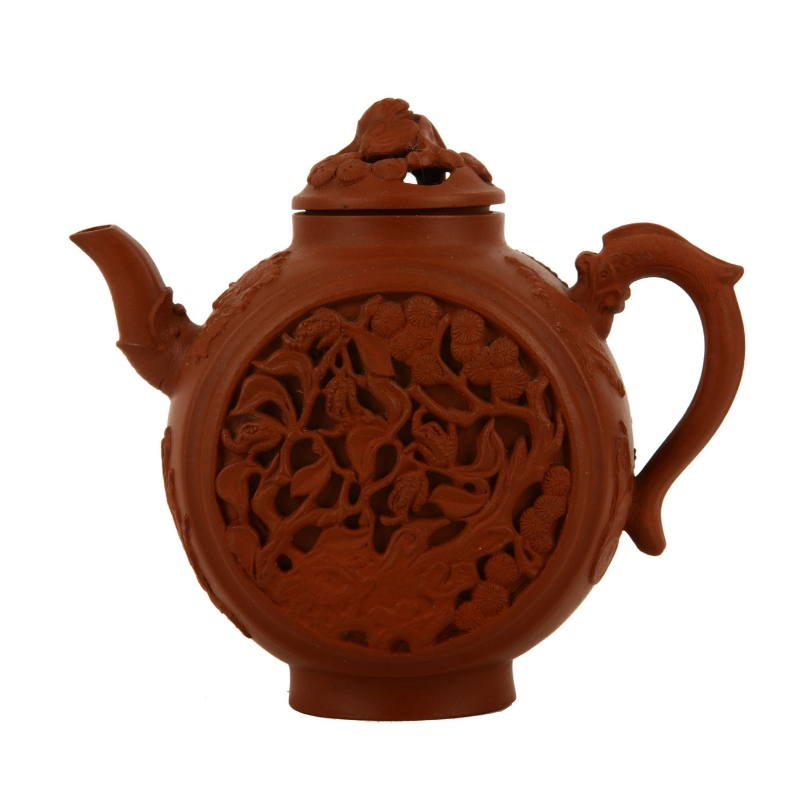 Yixing stoneware teapots are another case in point. A group of Kangxi teapots with dragon head spouts and moulded decoration from the Danish Royal Collection, entered Europe before 1701 and are not in the National Museum of Copenhagen. Examples can be seen in Yixing, Teapots for Europe, no 197. Related examples are shown above (figure 15). 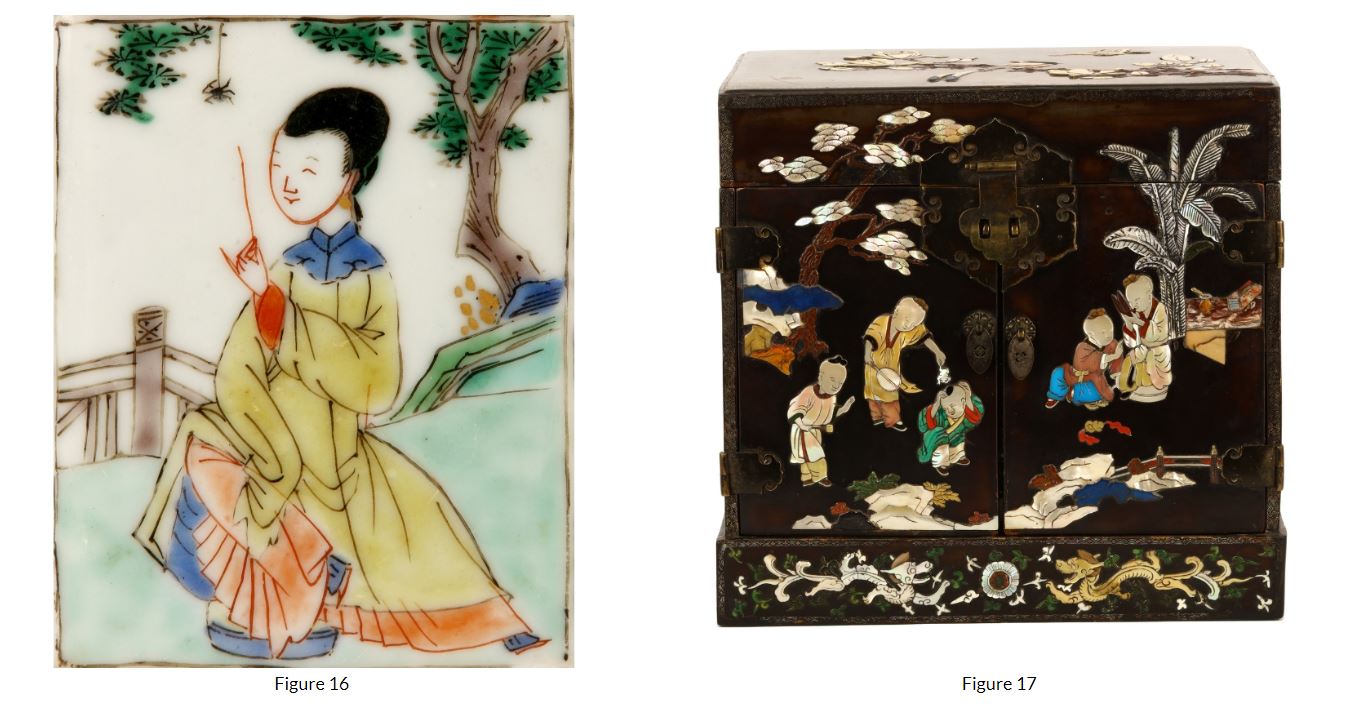 But aside from the academic and ostentatious, perhaps the most heartening aspect about the art of the Kangxi period are the touches of humour, such as the depiction of a lady holding a long stick seated behind a spider (figure 16), or a boy taunting his crouching companion with a frog (figure 17).

We are currently inviting consignments for the sale, please contact Head of Department lazarus.halstead@chiswickauctions.co.uk.