Inspired by the Aga Khan III’s weighing ceremony in 1936 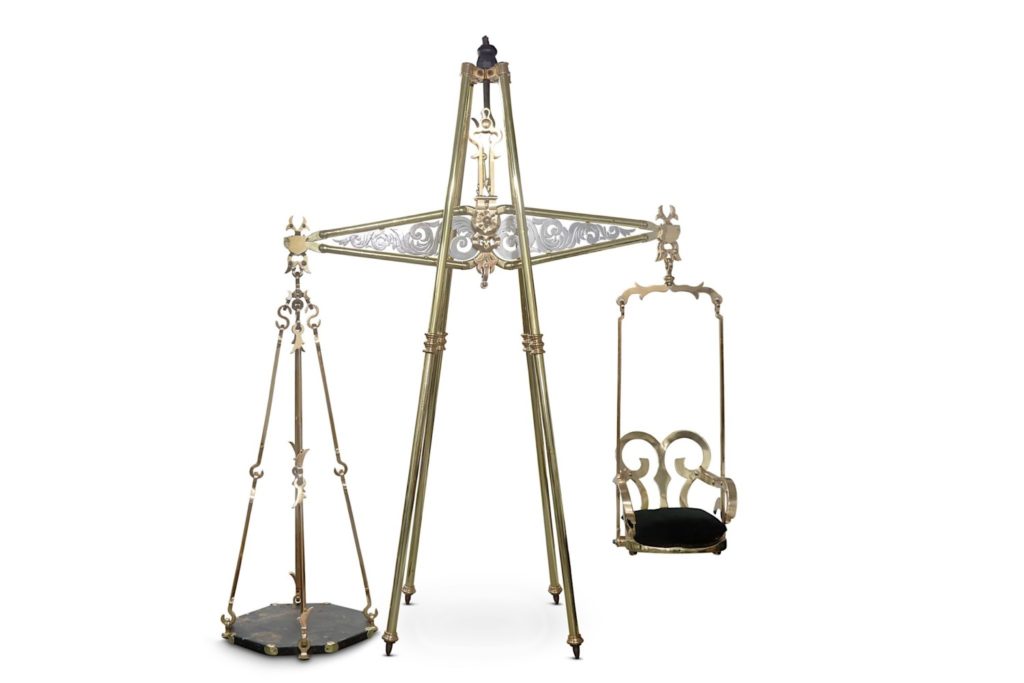 Ahead of the Islamic & Indian Art auction on 27th April, Specialist Beatrice Campi takes a closer look at a life-size reproduction of a brass weighing chair designed for the Aga Khan’s weighing ceremony offered in the sale.

Comprised of a weighing chair with a throne-like shape and balancing arms hanging from the centre, the chair is adorned with a flower-shaped brass bob indicating the weight of the two components being measured and is beautifully worked in brass and silver to reproduce lush scrolling motifs.

Reminiscent in style and structure of models that have been produced in India since the 16th century, the example offered for auction bears close resemblance to the one illustrated in a well-known Mughal miniature in the British Museum, which depicts Prince Khurram, the future Shah Jahan, being weighed against gold, silver and other precious materials whilst his father, the Emperor Jahangir, watches on. 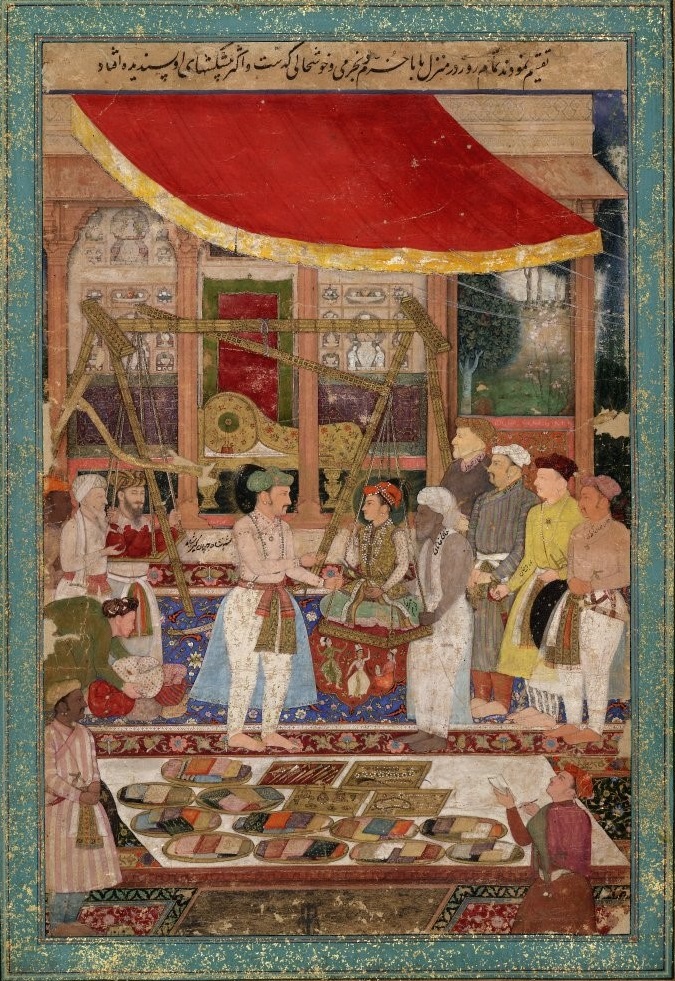 The weighing scale offered in the sale differs in shape and design from the 20th-century models, which would have included a weighing platform, normally of square or rectangular shape, and the typical bob structure of bulbous form. Although this scale might have been produced in the 20th century, its inspiration seems to hark back to the classical Indian tradition.

'If the link to Mughal India appears quite strong, the link to an eminent figure who took part in numerous weighing ceremonies in times closer to our days and collective memory is even more so. Indeed, photographic and documentary evidence shows that Sultan Muhammad Shah Aga Khan III (1877 – 1957) was weighed on a very similar model on 19th January 1936 in Mumbai in occasion of the Golden Jubilee of his khanate.' - Beatrice Campi 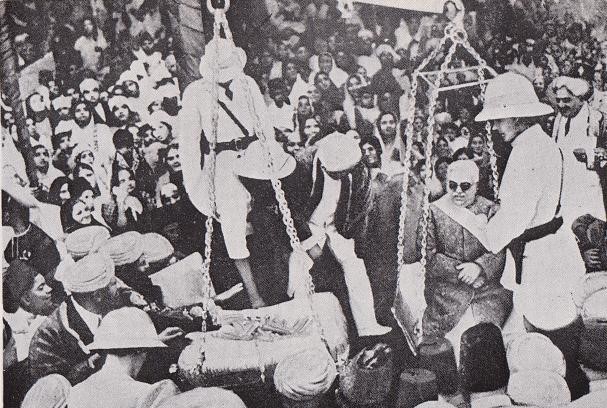 The 48th Imam of the Ismailis being weighed in gold on the occasion of his Golden Jubilee in Hasnabad,
Bombay, on 19th January 1936 © Simerg 2018

Weighing ceremonies of kings and eminent leaders were a common practice in the Indian Subcontinent. The origins of this practice are deeply rooted in ancient Indian traditions and the first epigraphic and documentary evidence dates back to approximately the 6th century.

The weighing ceremonies of the Aga Khan were not solely an opportunity for the Ismaili community to come together and show support for their religious leader.

'They soon became fundraising activities with specific charitable intentions as the equivalent of the Aga Khan’s weight in gold or diamonds would then be invested to support and improve the quality of life of the Ismaili believers, to build schools, universities, hospitals and create employment. The model offered in the sale is likely to be a reproduction inspired by the sensation that these events generated.' - Beatrice Campi

His Highness Aga Khan III was often in London and when he visited he would go to No. 3 Berry and Bros and be weighed there. Archival documentation at Berry and Bros shows that the Aga Khan was weighed 331 times from 1924 up until two years before his passing, 11th July 1957. The scale he used has been in the shop since 1698 and is very similar to the structure and shape of the example offered in the sale, showing that this model of weighing chairs was typically produced and in use as early as the 17th or 18th centuries.

A special thank you goes to Gemma Duncan and Elspeth Macleod at Berry and Bros for granting access to archival records.