How to Invest Series: Handbags

Uncertainty with Brexit and economic recessions forecasted in both the UK and US mean that certain investors are turning their attention away from traditional stocks and shares to a more diversified portfolio. In this series we will be discussing how to invest wisely in Luxury items including; Jewellery, Handbags, Wine and Watches; what to look out for and brand names you can trust. Today we will be focusing on how to invest in Handbags.

The secondhand market for designer handbags has sky-rocketed in recent years.  The market is driven by buyer’s demand, as more and more people are getting clued up on the benefits of buying second-hand designer goods. There are a number of reasons that pre-loved is more popular than ever, not least with the rise in demand for ‘sustainable fashion’ rather than fast fashion.

The best bags for resale and investment purposes are Chanel and Hermès who rely heavily on brand heritage. The most popular bags from these houses, (the Chanel 2.55 flap bag, the Hermès Birkin, Kelly and Constance bags) have been in constant production for decades. These bags are usually the safest bet for those looking to invest in handbags and, kept properly and in good condition, should yield the highest returns.

One of the main reasons that these bags increase in price on the second-hand market is that the houses themselves continually increase their retail prices. The Hermès Birkin, for example, has increased 500% in price over the last 35 years. In fact, the Birkin is set to double in price over the next decade with the market been particularly buoyant, making it a safer opportunity than many standard investments. Much of that is down to the difficulty many people face in getting their hands on a brand new one. The famous ‘waiting list’ for the Birkin or Kelly no longer exists and has been replaced by a far trickier system, that is best described as ‘you’ll only get one, if Hermès wants you to have one’. If you aren’t well-known to, or well-liked by your Hermès boutique manager, it is unlikely you will ever be allowed to buy one new. It’s the same with Ferrari, where you are “chosen” to purchase their very best vehicles.

Buying second-hand levels the playing field; that is if you are lucky enough to be able to afford the five (and sometimes six) figure price tag. Many of these bags are brand new, or at least never used, and will have been purchased by canny Hermès shoppers who know that they will often make a profit on their bags by putting them on the open market.

Some examples of such investments are: 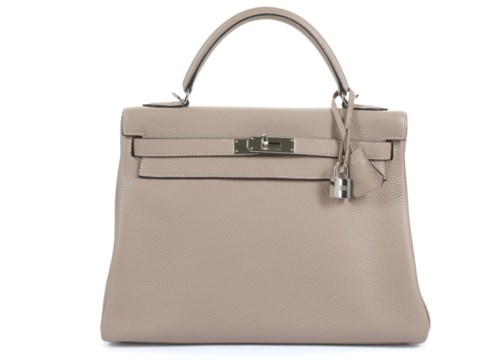 Three points to bear in mind when investing in Fashion and Handbags:


For more information get in touch with Head of Department, Popsy Kundi and Fashion Specialist, Katy Healy from our Designer and Handbags & Fashion Department.