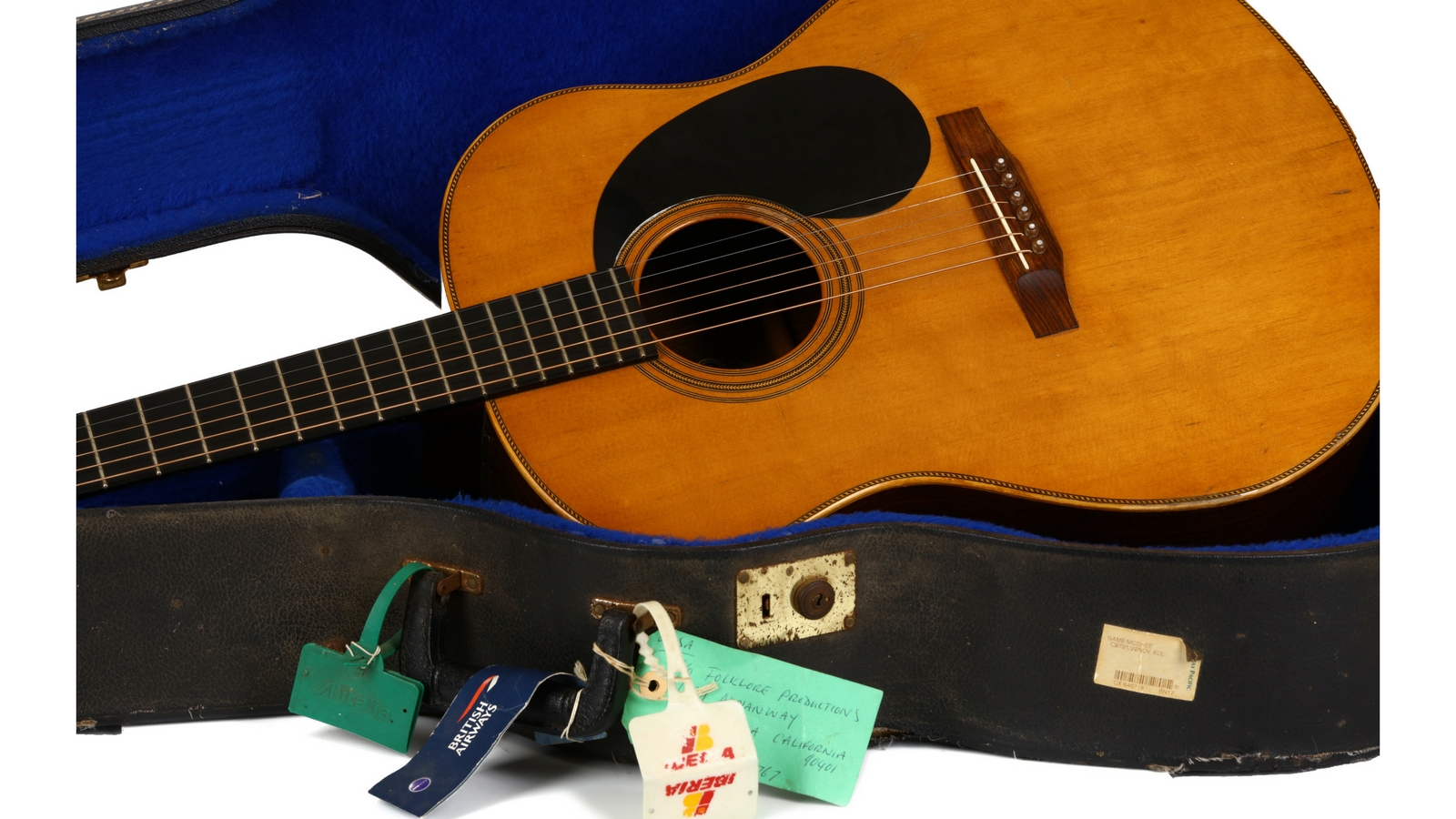 Ahead of the Vintage and Rare Guitars and fretted instruments auction on 4 October, Specialist Dr. David MacGregor takes a closer look at a rare Michael Gurian Dreadnought Acoustic Guitar in the collection of British Folk Guitarist John Renbourn offered in the sale.

This guitar is accompanied by an impressive collection of rare guitars and other folk fretted instruments from Renbourn’s collection. Renbourn was well known on the British Folk and Folk Rock circuit. His passing in 2015 was mourned by contemporaries such as Stefan Grossman, Davey Graham, Richard Thompson, Bert Jansch, (with whom Renbourn shared guitar duties in folk rock group Pentangle) and Jimmy Page, who cited Pentangle and Renbourn in particular, as key influences on the acoustic side of Led Zeppelin’s music.

'We were contacted by John’s family to appraise the remaining instruments earlier this year. Whilst John’s Martin and Custom OM instruments are being retained by his immediate family, I was privileged to examine and value the other remaining guitars for them’. - Dr David MacGregor

Renbourn lived in both the U.K. and the USA and toured widely in Europe and Japan. Whilst he tended to use Martin, Franklin and Ralph Bown luthier built OM models, he also amassed an extensive collection of rare and interesting guitars and other folk fretted instruments.

‘When I met them to appraise and value the guitars, the Gurian attracted my attention immediately. I knew the Michael Gurian name and his reputation for building wonderful instruments. Whilst the strings were old and in pretty-poor shape, even tuning the guitar up to open D revealed a wonderful mellow, woody tone that was very different to the Lowdens and Martin’s I usually play. The wonderfully slim playable neck and hand finished wood binding are particularly noteworthy features of this instrument.’ - Dr. David MacGregor 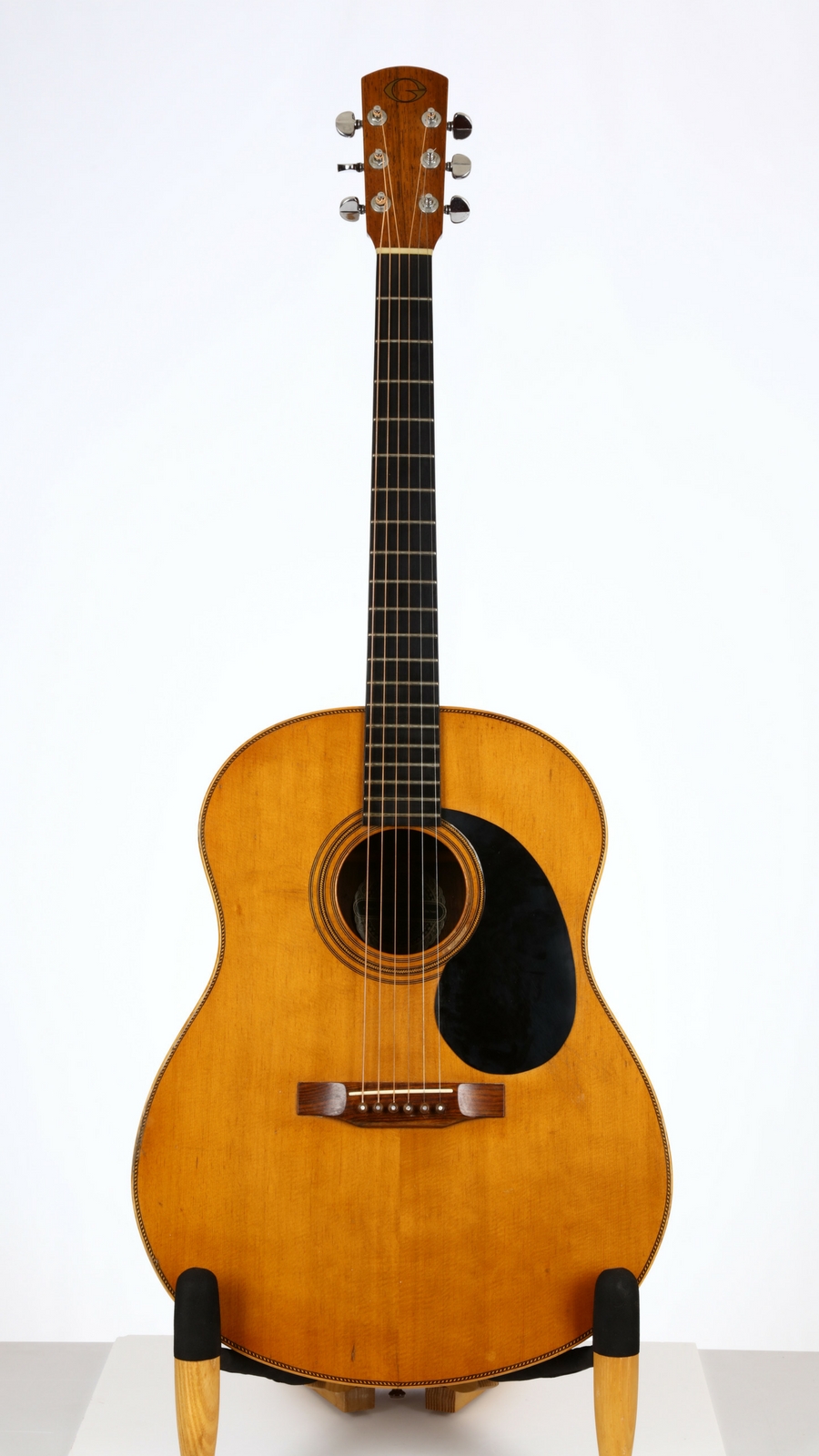 ‘I know that the instrument was purchased in the early 1970’s in the USA, most likely from Michael Gurian directly. Whilst American collectors and dealers will be more familiar with the Gurian name, it is a particularly rare guitar in the U.K. Furthermore, it was owned by one of England’s foremost folk guitarists.’ - Dr. David MacGregor

Whilst the guitar has a very old repair to the neck and headstock possibly done by Gurian himself, it is both a unique vintage instrument and a link back to the British Folk and Folk Rock scene of the late 1960’s and early 1970’s. This was a time when bands like Fairport, Convention and Pentangle were fusing folk, rock, jazz and world music influences and having a profound impact on their contemporaries and fans alike.

'I was amazed just looking at the case it came in, which is covered in airline stickers and backstage passes from a number of concerts in the USA, Europe and Japan. It is a fascinating guitar with a fascinating history.’ - Dr. David MacGregor