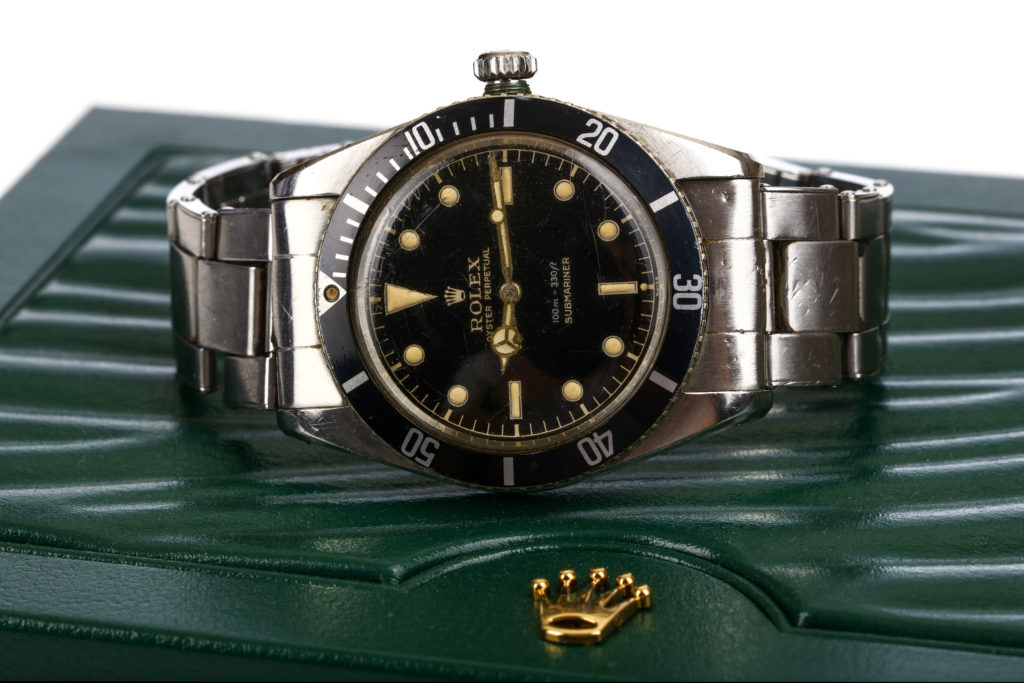 Ahead of the Watches auction on 28th November, Head of Department Matthew Caddick investigates why Rolex remains considered by many as the most sought-after luxury watch brand. Considering its benchmark of quality, it is of little surprise that Rolex watches have been worn for decades by iconic figures including Sir Winston Churchill and British racing motorist Sir Malcolm Campbell MBE.

From its inception, the Rolex brand positioned itself as the watchmaker of reliable adventure tools, creating timepieces for specific and functional rather than decorative purposes. This aspect of the brand continues to appeal to the collectors of the classic models, such as the Milgauss, designed for professionals who worked in electro-magnetic environments such as the early nuclear research labs, and the Explorer, created for mountain climbers and able to withstand adverse temperatures. Its predecessor the Oyster Perpetual Chronometer accompanied Sherpa Tenzing Norgay and Sir Edmund Hillary on the first expedition to the Mount Everest summit in 1953 and is still in working condition today, housed in the Beyer Watch and Clock Museum in Zurich.

Aerospace company Boeing won the race to enter commercial service first and, along with air carrier Pan Am, became synonymous with the jet age for passenger travel. The story goes that the first GMT-Master was introduced in 1954, as commercial travel boomed, at the request of Pan Am who wanted a timepiece that could help its pilots who were experiencing jet-lag by showing them home time and the time at their destination simultaneously. The GMT-Master offered in the sale (pictured below) is an example of one of the last uses of Bakelite on a Rolex watch.

In 1953, French Navy diver Jacques Cousteau wrote The Silent World, a book that narrated his underwater explorations. This book and the Academy Award-winning film that followed captured the world’s imagination and forged a generation of recreational divers. Rolex’s response was to create the Submariner; a classic and versatile wristwatch that responded to the demand for a high-quality water-resistant watch. On 5th October 1962, Ian Fleming’s fictional spy, James Bond, played by Sean Connery, made his cinema debut wearing a Submariner. Not only was the world’s most long-standing film franchise born, but it also immortalised this wristwatch. The reliable and rugged dive watch fast embodied suave masculinity and adventure. 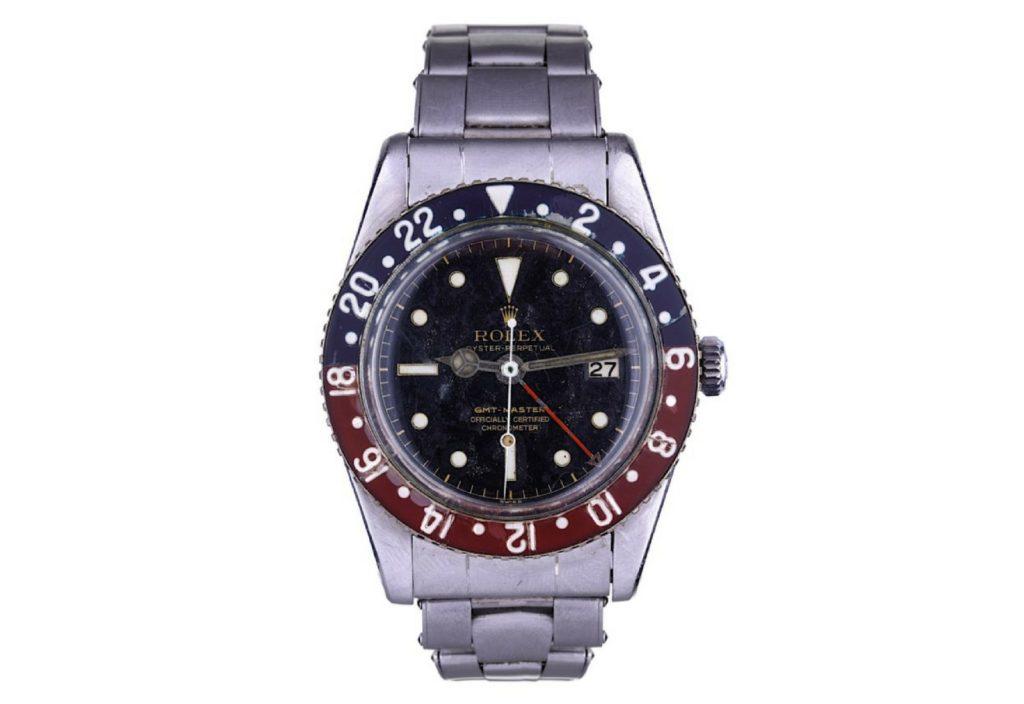 The founder of Rolex, Hans Wilsdorf, set out to disprove that wristwatches were a feminine accessory and furthermore that they were able to withstand the extremes of human activity. Historically, wristwatches were unpopular with men who predominantly used pocket watches. This perception gradually shifted with warfare, as soldiers discovered that wearing watches on their wrists aided synchronised assaults and freed up their hands. In 1914, Wilsdorf obtained the world’s first wristwatch chronometer rating from Switzerland and a Class A certificate of precision from London’s Kew Observatory. Creating a waterproof watch was Wilsdorf’s next challenge. It is said that Wilsdorf was hosting a dinner party and when struggling to open a reluctant oyster, experienced an epiphany: how can I invent a watertight watch? It was the Rolex Oyster watch that became the world’s first waterproof watch.

Inventing the first waterproof case, developing the automatic winding movement and achieving the first chronometer certification on a wristwatch are just a few of the reasons why Rolex embodies technological innovation and precision.

The passion and enduring quest for perfection by Wilsdorf has survived to the present day. Not only has Rolex claimed that it takes 12 months to make each watch, each of the Oyster Perpetual watches undergoes rigorous tests at the Official Swiss Control of Chronometers (COSC.)

The price collectors will pay for vintage Rolex watches continues to grow and shows no sign of slowing. Buying a Rolex is akin to buying a wearable investment; the allure of classic models resides in the varying dials, bezels and crown guards of each and it is these unique details that appeals to the Rolex aficionado.