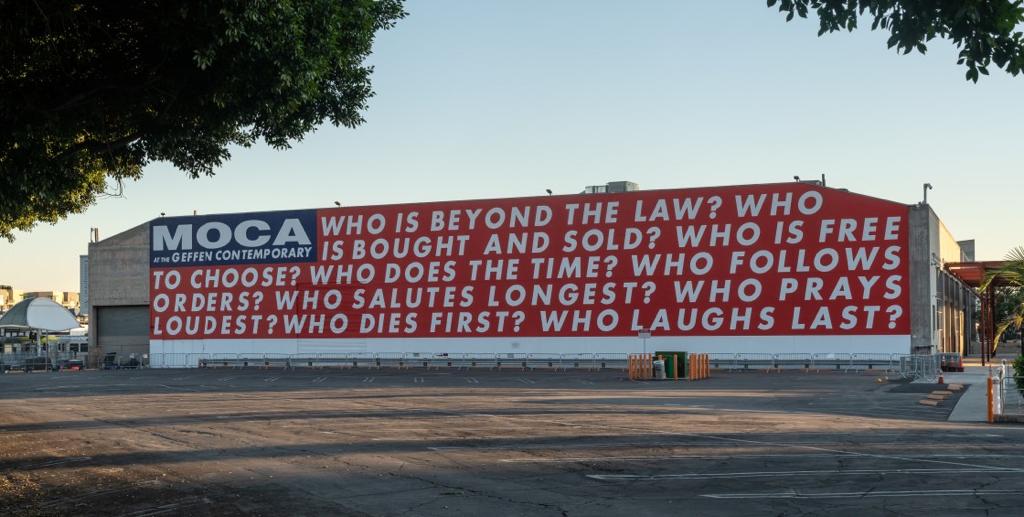 The second edition of Frieze Los Angeles took place at the Paramount Picture Studios 14-16 in February and was compiled of 70+ participants. Alongside other mega galleries, there was an exciting new curated section dedicated to local galleries aged 15 years or less, who opened their doors to international guests and showcased the ever-growing art scene of the west coast metropole. Our Head of Urban & Contemporary Art Penelope Sonder, was lucky enough to be among the guests to attend the fairs.

The LA edition itself was smaller than its London mother, but it didn’t lack variety or quality. It was a well-curated, well-rounded art fair with highlights including new works from James Turrell’s glass series which were shown at the Pace Gallery booth in conjunction with Kayne Griffin Corcoran. His works sold well, with Kendall Jenner taking home one of Turrell’s most recent works.

Turrell’s ninth solo exhibition with Pace Gallery is currently on view in London until 27th of March. The run time of the installation works is 2.5 hours. 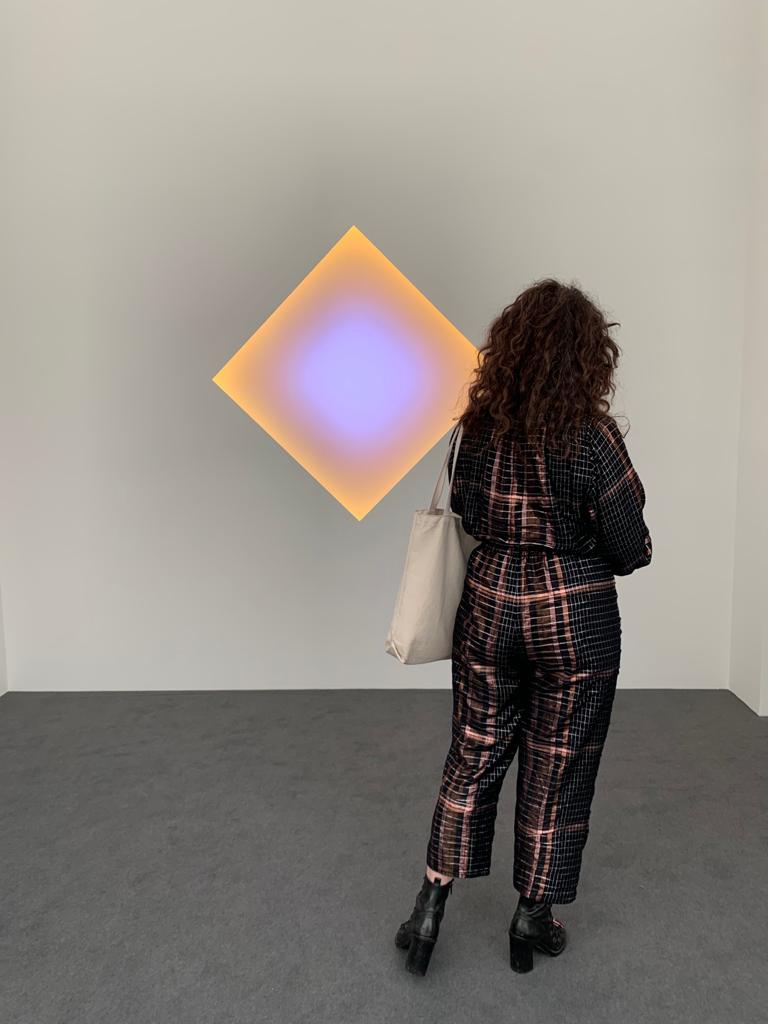 Avery Singer’s solo booth with Hauser & Wirth caused a healthy hysteria around the opening night and throughout the duration of the fair. The 32-year-old artist represents what it is to be hot in the American art world and it was a treat to see her first solo show with the gallery to date. Her work involves using pioneering techniques, including 3D modelling as base layers for her acrylic-airburshed paintings. ‘Jordan’ the largest of the three paintings at the booth, sold for just under $500,000 which makes Singer the most expensive millennial artist. 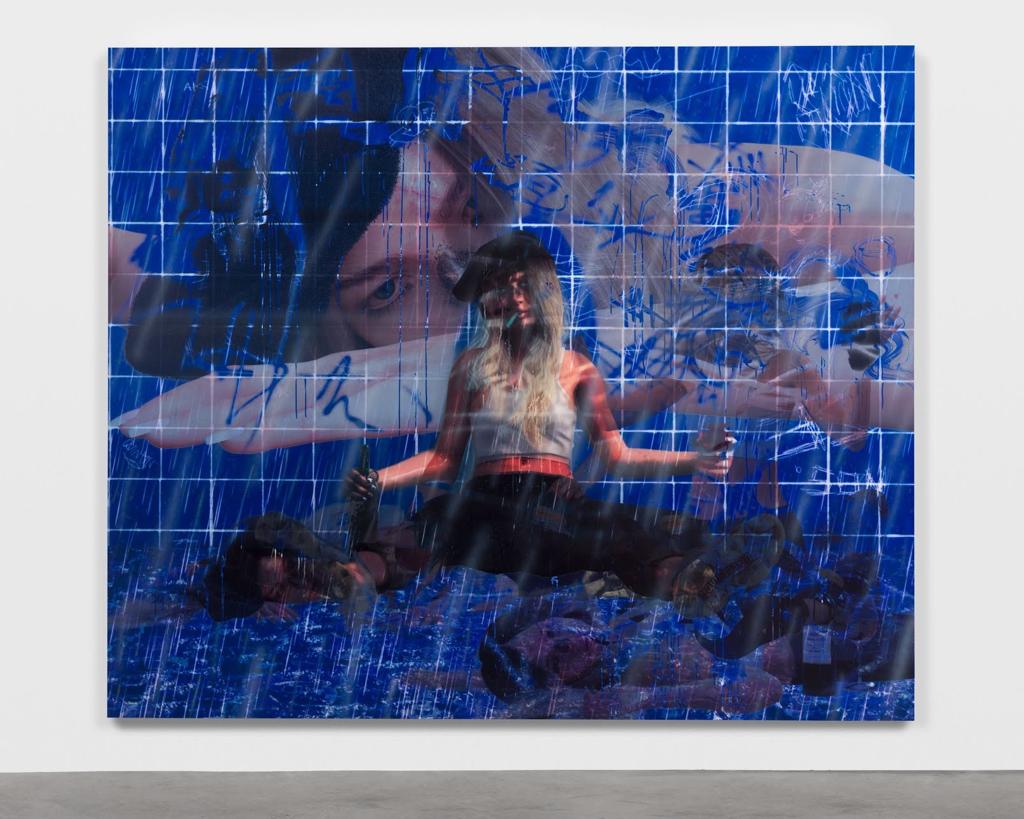 Frieze Projects was hosted on the Paramount backlot which is a set representing the New York streetscape and was filled with artists project spaces, restaurants, an artist fair and bookstores. The feeling of meandering along these very clean artificial streets and entering into fake houses is somewhat odd, but incredibly engaging. The installations are cleverly positioned between the wooden constructions holding the houses facade in place and provide the perfect backdrop to some of the best that American art has to offer. My highlight was one of Futura 2000s’ collaborations with BMW: An originally handpainted BMW M2 from an edition of 3. There will be a number of these available later this year, so keep an eye out in the upcoming contemporary auctions.

Barbara Kasten’s installation ‘Intervention’ from 2018, presented with Hannah Hoffman and Bortolami, was a wonderful example of the symbiosis between a space and work. ‘Intervention’ represents her interest in exposing the mechanisms of pictorial and filmic production. 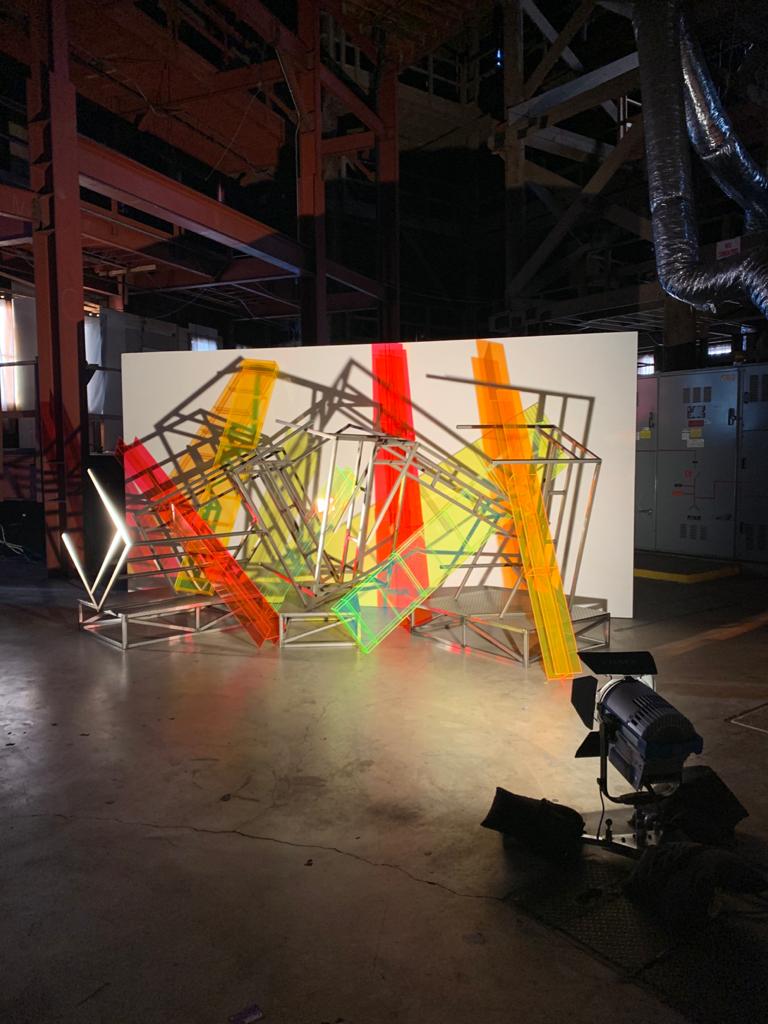 Tavare Strachan’s outdoor installation were a lot more than a pretty neon sculpture, “Sometimes Lies Are Prettier” was created specifically for Frieze LA and summoned Hollywood’s power to drive fantasy in conjunction to our political reality in the age of so-called post-truth. Some of you might be familiar with the artists previous work. He famously launched a sculpture into space and constructed his own encyclopaedia in efforts to break down boundaries imposed by western epistemological categorization. No one could describe him as a boring artist!

The second edition of Felix Art Fair took place at the Hollywood Roosevelt Hotel, a luxurious yet quirky location for an art fair. Each gallery or artist occupied an emptied hotel room for their exhibition space, which made the experience of the hotel fair format very unique and personal.

Apart from the obvious, giving collectors the opportunity to see the works in a living space rather than the usual sterile gallery/ fair booth backdrop, was interesting. The exhibitors found creative ways to include the kitchens and bathrooms of their allocated spaces, which either supported the exhibited works’ message or opened doors to challenge the visitors’ perception of the works in a new context. 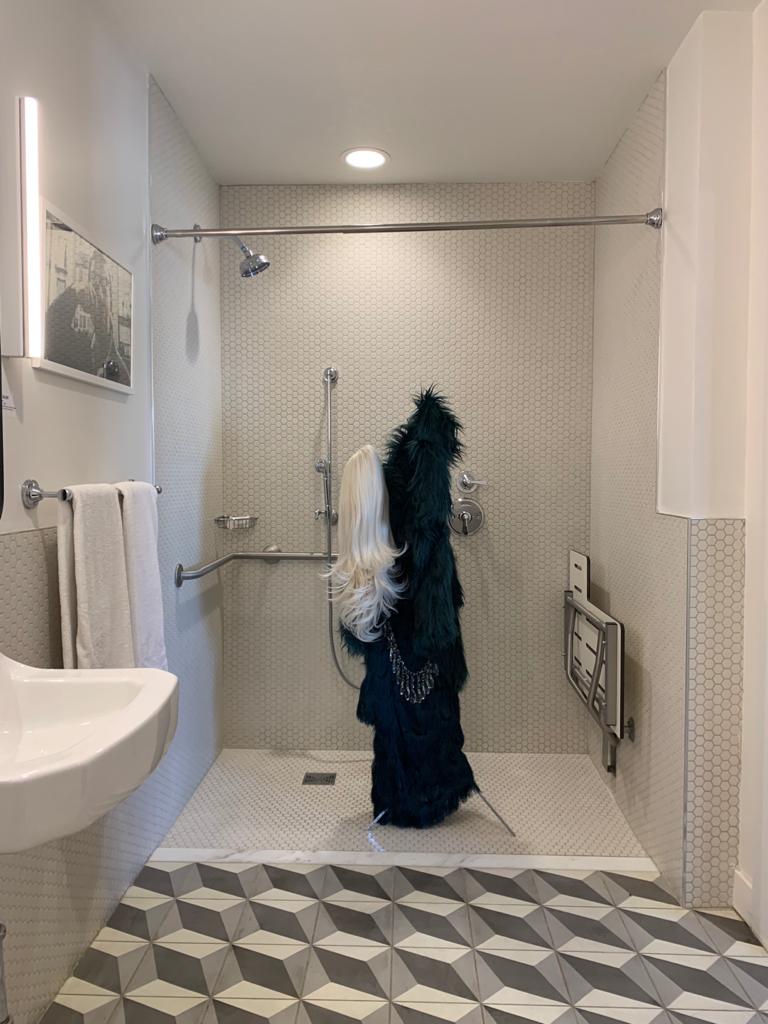 Kenny Schachter, the infamous art dealer and writer for Artnet, occupied one of the top floor rooms alongside galleries like Marlborough. He spent the exhibition days chatting to visitors, from art world colleagues to artists and the cool kids attending the spectacle.

One of the highlights of this fair was London’s Carl Kostyal Gallery exhibition room featuring two original works by Oli Epp and ‘Jonas Wood Hoodie’ by Travis Fish.

ALAC was held at the Hollywood Athletic Club, a spacious, beautiful venue that was founded by Charlie Chaplin in 1924 and designed by architects Meyer & Holler. The mid-market fair has drawn west coast art enthusiasts and international dealers to the venue and created a serious art fair feel with an array of emerging artists.

The Hole NYC, one of the most exciting galleries for emerging contemporary art in New York, featured humorous, surrealist works by Californian native Eric Yahnker, a highlight of Los Angeles art week. 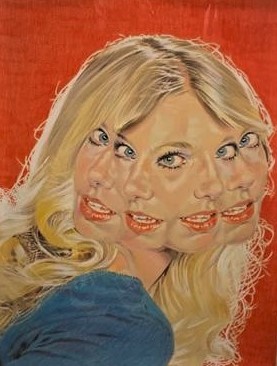 Another big hit was 1969 Gallerys’ solo booth presenting works by up-and-coming artist Coady Brown. The works sold between US $3000-$16000. 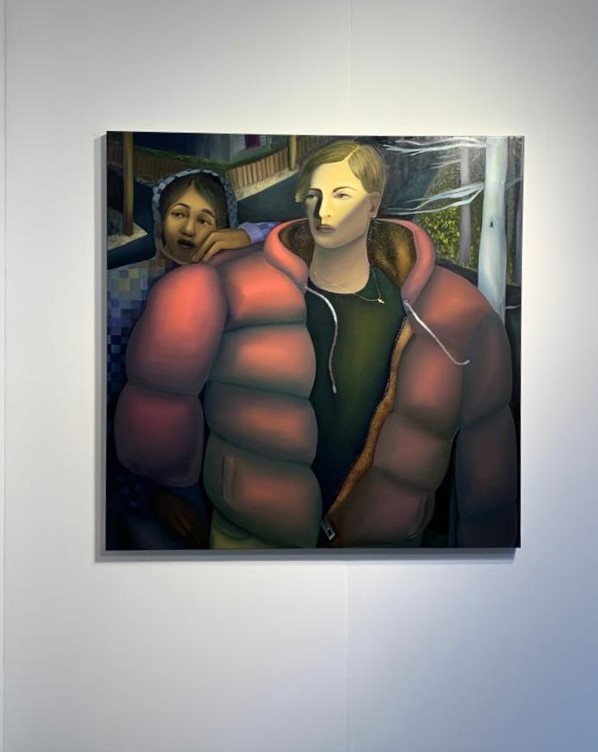 Australian Aboriginal contemporary artist Reko Rennie, showing with Station Gallery from Melbourne, intrigued visitors and collectors with vivid urban contemporary works on canvas and a set of sculptures from the same series. Rennie started his practice as a teenage graffiti artist and integrates strong symbolism of his heritage in his brightly- coloured, slick camouflage and geometric patterned works.

His works are represented in the collections of numerous museums, trusts and institutions throughout Australia.

Californian artist Devin Troy was represented by Over the Influence at ALAC and showed with Marlborough at Felix Art Fair, we expect to see even more of him in 2020. 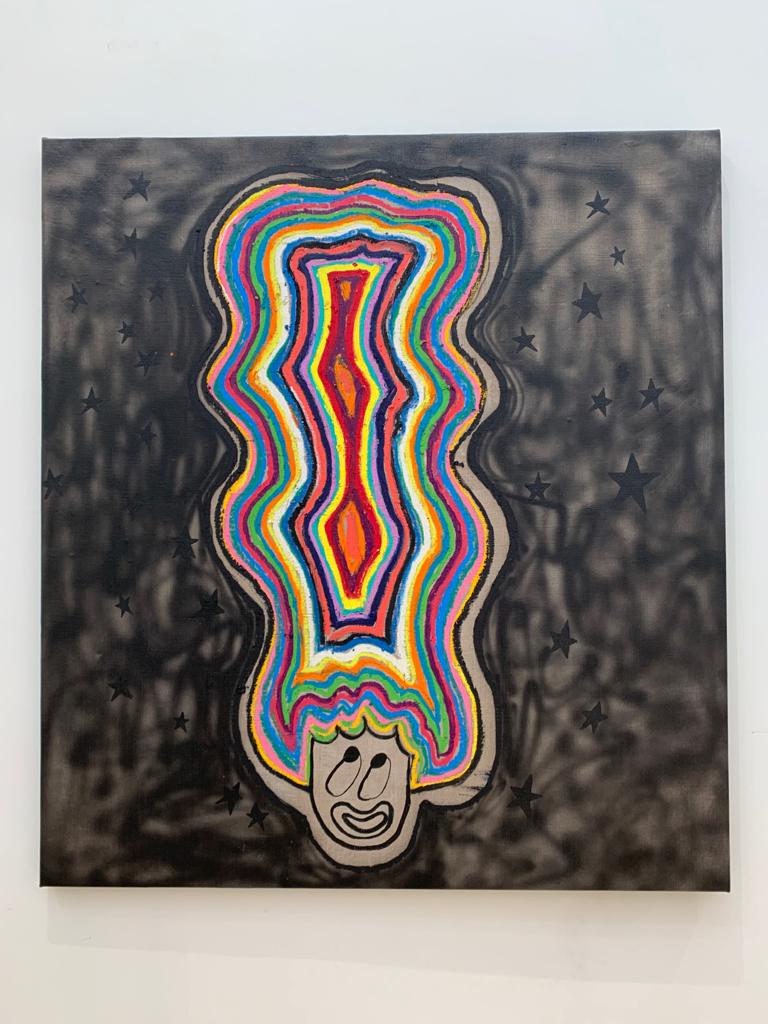 Hauser & Wirth, located in the city’s art district, opened their East Galleries for Lucio Fontana’s Spatial Environments 1948-1968. The exhibition, presented in collaboration with Fondazione Lucio Fontana, Milan and curated by Luca Massimo Barbero and discusses Fontana’s critical contribution to the evolution of the conceptual and highlights a lesser-known aspect of the influential artists’ practice. 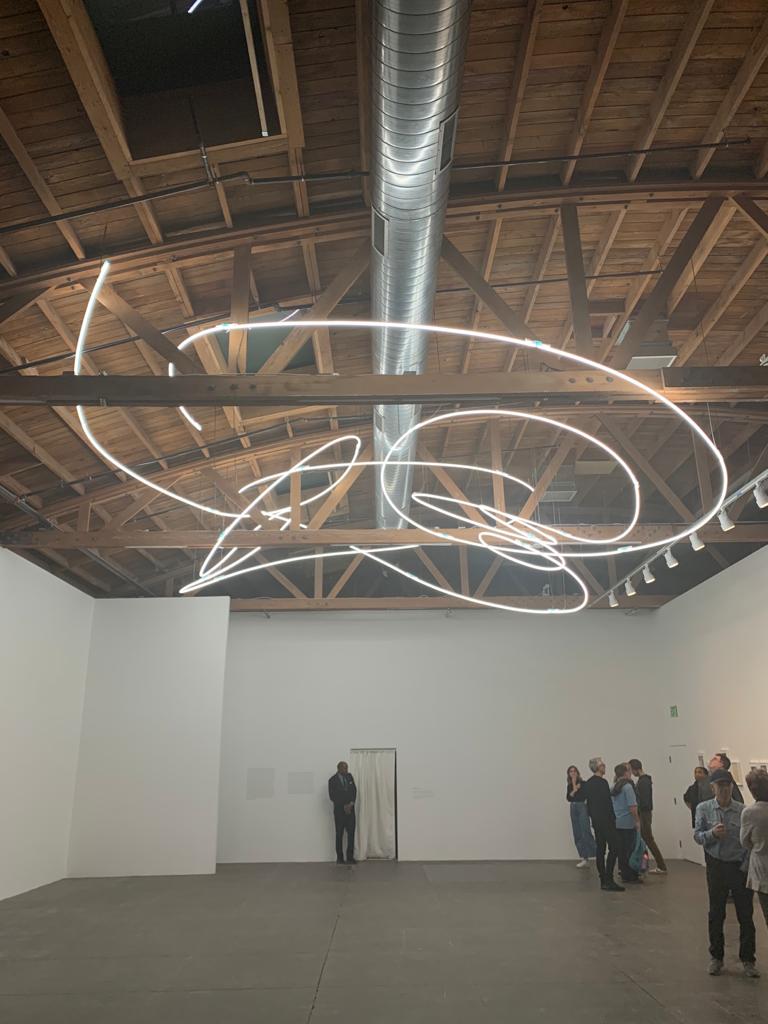 Swiss artist Nicolas Party is currently omni-present, and that is a good thing. His new exhibition ‘Sottobosco’ translated from Italian to ‘the shadowy world of the forest floor’, includes both paintings, sculptures and murals. In this brilliant exhibition the artist invites you into a surreal world of still life compositions and botanical life in nature’s darker regions. Party’s work, which echos the Dutch still life painters of the 17th century, evokes the same kind of eeriness but with a new modern aesthetic. 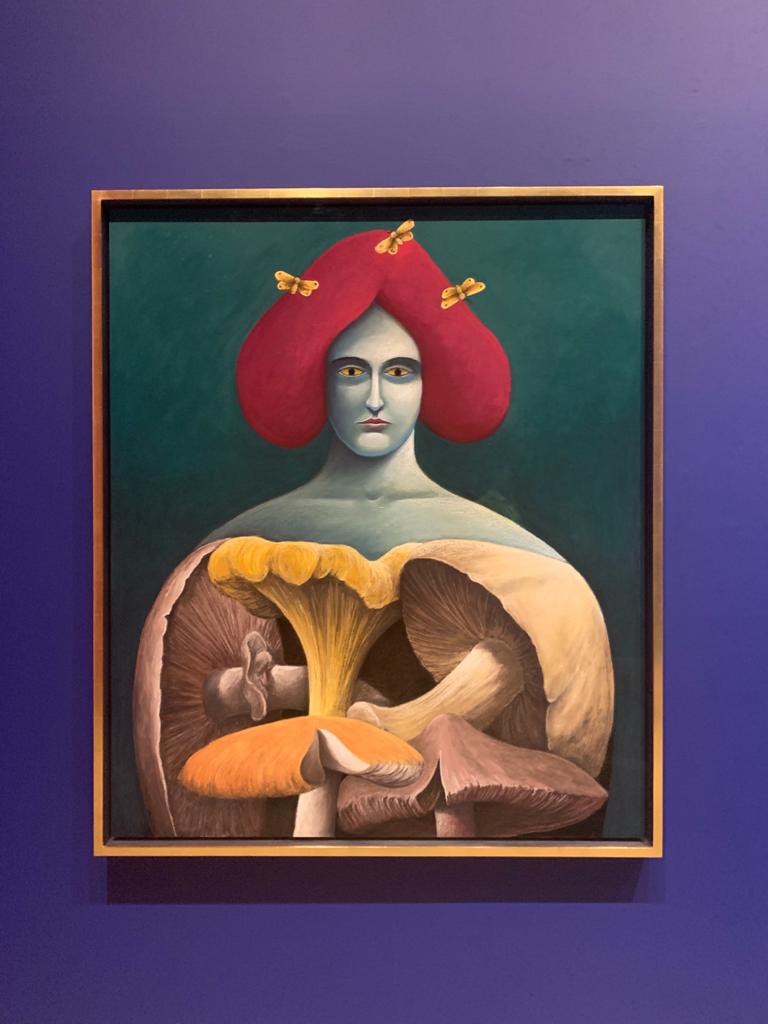 Over the Influence – Mike Lee

Over the Influence, with its two locations in Hong Kong and Los Angeles, manages to bring together new emerging artists and place them on the visual art map. On Frieze Friday, the gallery opened ‘Sunny Days’, Mike Lee’s first solo exhibition with the gallery. The vernissage was very busy for a good reason, the large gallery walls were filled with an impressive amount of new chromatic canvases and sculptures by the artist. Lee’s works stand out and are instantly recognisable due to their simplified silhouettes of the human form. By avoiding detail and blurring identity, he comments on social attitudes and anxieties. 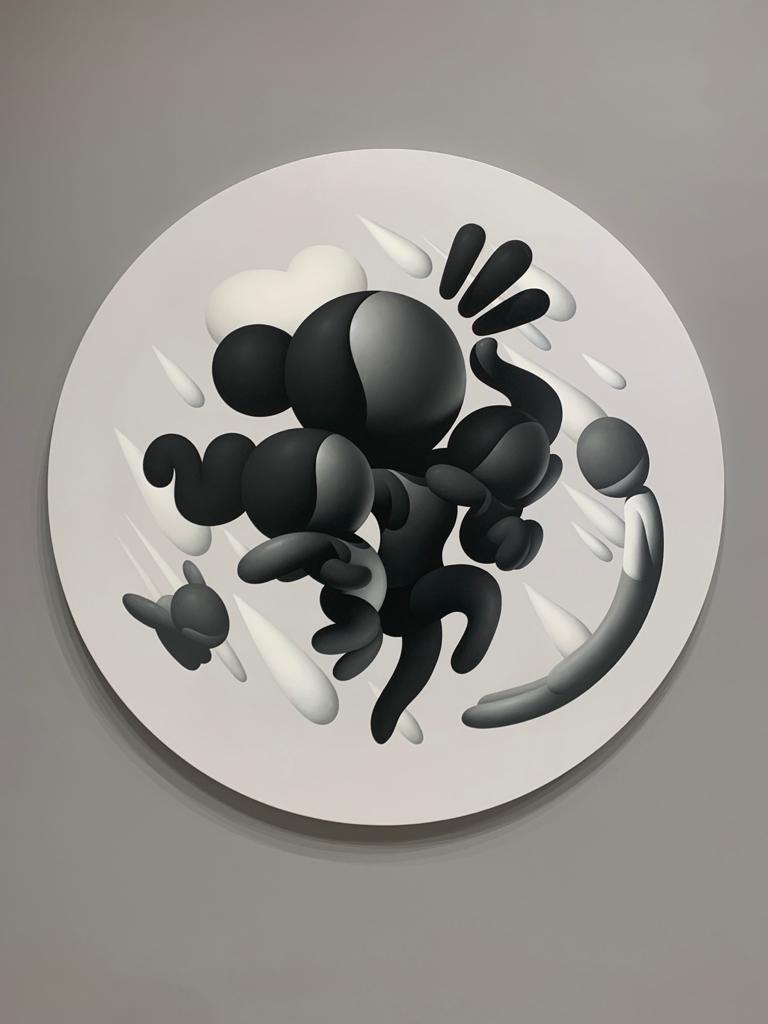 One of the most moving exhibitions in town was Cyprien Gaillard at Spruth Magers, presenting new sculptures and photographs, along with a film that first debuted in 2019 at the 58th Venice Biennale. The exhibition includes a series of wall-based sculptures made of thin veneers of marble and stone, embedded with fossils and stainless-steel New Jersey Transit logos. The works relate to the film Ocean II Ocean (2019), capturing fossils found in the marble walls of subway stations in Russia and the former Soviet Union, along with archival footage of New York’s MTA subway cars being dumped in the ocean, set to a dreamy yet rhythmic soundtrack of steel drums. 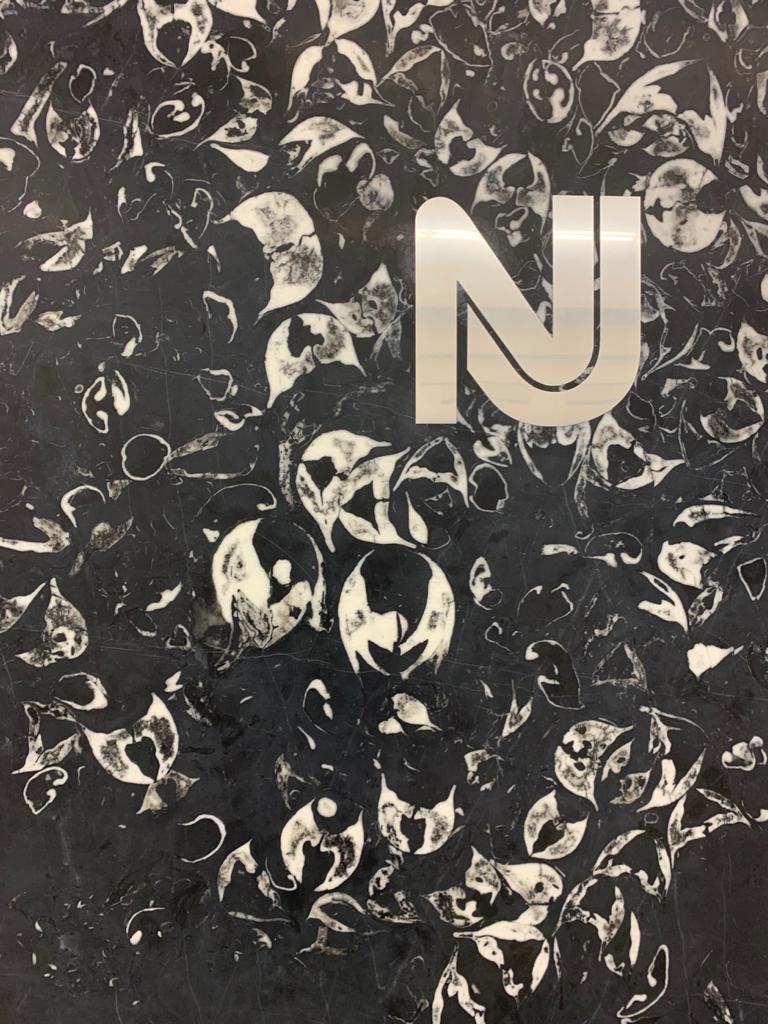 One of Los Angeles’ top cultural addresses, Regen Projects on Santa Monica Boulevard, delighted the art crowd with old and new works by superstar artist Anish Kapoor. The cornerstone of the exhibition was a monumental stainless-steel ‘Double S-Curve’ and when visually interacted with caused an ever-changing, distorted reality by transforming the ‘mirror-selfie’ taking crowd into twisted artistic shapes. Kapoor’s works interact with one’s perception of space and self in a way that not many works can easily achieve. It is a unique experience interacting with his works and I always enjoy going to see his shows. 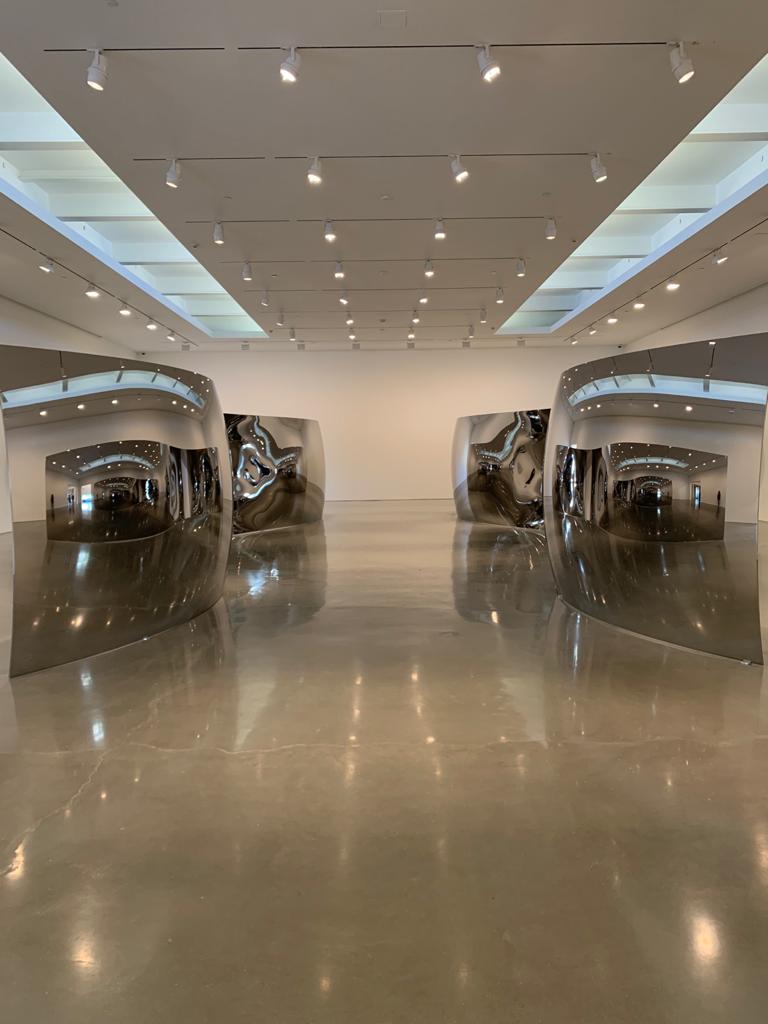 Culver City’s ‘Thinkspace Projects’, one of the internationally recognised, legendary gallery names in urban and contemporary art are celebrating their 15th birthday this year. During Los Angeles art week, founder and owner Andrew Hosner presented ‘Encounters’, a new solo exhibition by TelmoMiel. The exhibition was an uncomplicated set up focused on impressive new works by the Dutch duo who are mainly known in the UK for their impressive murals. 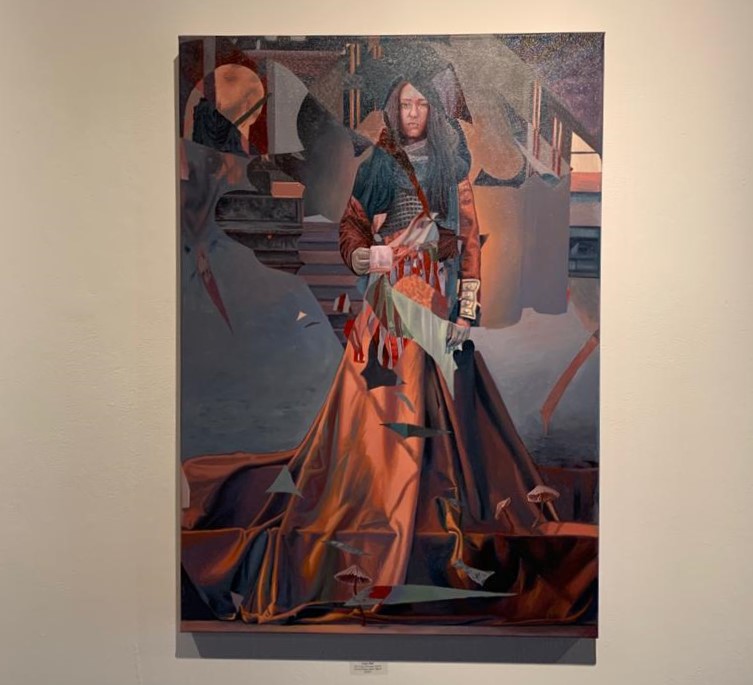 The Geffen Contemporary at MOCA has reinstalled Barbara Kruger’s monumental work Untitled (Questions), which was originally commissioned by MOCA in 1989. The last instillation was in the MOCA’s Temporary building in 1990.  The work measures 30 x 191 feet and poses a plea for civil engagement through nine questions in red, white and blue. The questions include, “Who is beyond the law?”, “Who is free to choose” and on a number of murals spread throughout the city she poses, “Who is housed when money talks”. With these six questions, the artist tackles issues of homelessness and affordable housing.  The mural appears on the headquarters of AHF’s Housing Is A Human Right advocacy group and the Healthy Housing Foundation in a prime and gentrifying Sunset Boulevard location in Hollywood, just across the road from Felix Art Fair.

For more information on any of the above please contact our Head of Urban & Contemporary Penelope Sonder.

Penelope is currently consigning for her June sale. Have a piece you wish to sell? Get in touch.