Five minutes with a Print specialist

Print specialist, Rhydian Williams talks about the upcoming Ornithology, Zoology & Voyages auction and what it is like to work in the Printed Books & Manuscripts Department.

What attracted you to the world of prints?

I enjoy the fact that prints bridge the gap between high and low culture. My Master’s was on British art during the Napoleonic Wars, which was the heyday of British print culture, and at that time prints were like digital images today, used for the purposes of news, entertainment and fine art.

Prints also represent a crossroads between the visual and the literary. There’s a term in art history called ekphrasis, which simply means the description of an artwork by another medium, for example a poem about a painting. I’ve always found this concept, the essence of an artwork existing across two media, fascinating. 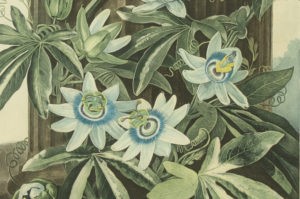 There are two sets of prints in our Ornithology, Zoology & Voyages  auction which are interesting case studies: Dr Robert Thornton’s Temple of Flora, 1800-01 and John Gould’s Birds of Great Britain, 1862-73. Although visually similar works, in terms of attention to detail and vibrancy, ultimately they serve very different purposes when you factor in the text. The plates from Temple of Flora were designed to feature alongside various poetic odes. As such, they’re essentially fictional plants, dramatic in colour and form, and set against fantastical backgrounds with ships or volcanoes. John Gould, on the other hand, was one of Darwin’s closest collaborators and his illustrations for Birds of Great Britain are breathtaking in their accuracy.

Firstly, they’re usually more affordable than other genres. If you’re looking for a work by a very famous artist and haven’t got a million spare, you can purchase a print for a matter of hundreds or thousands. In our November sale, an etching by Camden Town Group artist Walter Sickert sold for a hammer of £1500. 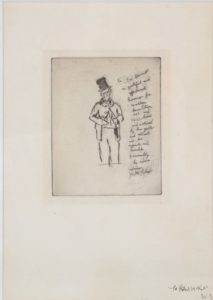 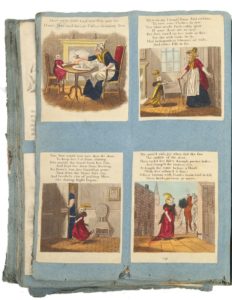 Scrap album.- A collection of miscellaneous engravings and mezzotints, pasted in, including scenes of Spanish bullfight.

Prints can also be more fulfilling if you’re looking to start a collection with some thematic structure. For instance, if you’re interested in collecting images of a certain place, or from a certain series, you can build an idea of your collection pre-emptively. In our January sale, I received a request for more images of an early nineteenth century scrap album. Our description had mentioned simply that, amongst hundreds of others, some of the pasted-in images were ‘scenes of a Spanish bullfight’. It turned out that the client had spent years searching for those exact engravings, which were very rare and issued in Spain.

How do you spot a fake?

Because of their multiplicity, as well as publication lines or edition numbers, prints can be very ‘readable’. You’re more likely to have seen them before and, even if not, there are reference books. But you can’t be complacent. Often, it’s not so much that someone intentionally produced a fake, but that printing plates went through several similar ‘states’, each representing an alteration. A print usually needs to be unframed in order to check that the paper fits the period or has a watermark, and is in good condition. There are plenty of stories of even the most experienced eyes being duped by facsimiles. I remember an experiment by an academic to create a facsimile of an 18th century mezzotint, which was even watermarked as such and duped a series of respected dealers.

Describe your average day at Chiswick Auctions? What is your most memorable work moment to date?

I would say that my day is 70% cataloguing, but it’s very variable in terms of the length of time I’ll spend on each item, depending on the amount of research needed or whether a book needs collating. The rest of my day is taken up managing lots and liaising with clients. Of course, the pace inevitably picks up the nearer we get to the deadline for a catalogue. On auction day I also help out with bidding platforms. Taking the winning bid for our recent Tyndale Bible, which sold for £30,000, was particularly exhilarating, if a bit nerve-wracking!

Favourite lot from the upcoming auction? 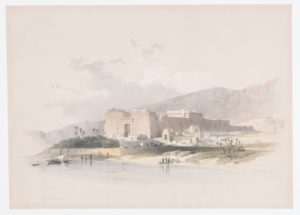 I think it would be Lot 269, which is a series a lithographs from the subscribers’ edition of David Roberts’s monumental The Holy Land. In 1838 Roberts was the first artist to visit the Middle East without a patron or as part of a military expedition. Early in his career, he’d worked as a scene painter at theatres in Scotland and Drury Lane in London. You can really see those influences when it comes to his mature work. He draws the eye inwards, creating depth by the interplay of foreground and background elements, and uses figures to suggest a narrative. It worked and they proved very popular, Queen Victoria being subscriber no. 1.

The upcoming Ornithology, Zoology & Voyages auction will take place on Wednesday 27th February at 11am.