Embroidered Painting: the Exquisite Art of Han Ximeng and the Dew Fragrance Garden 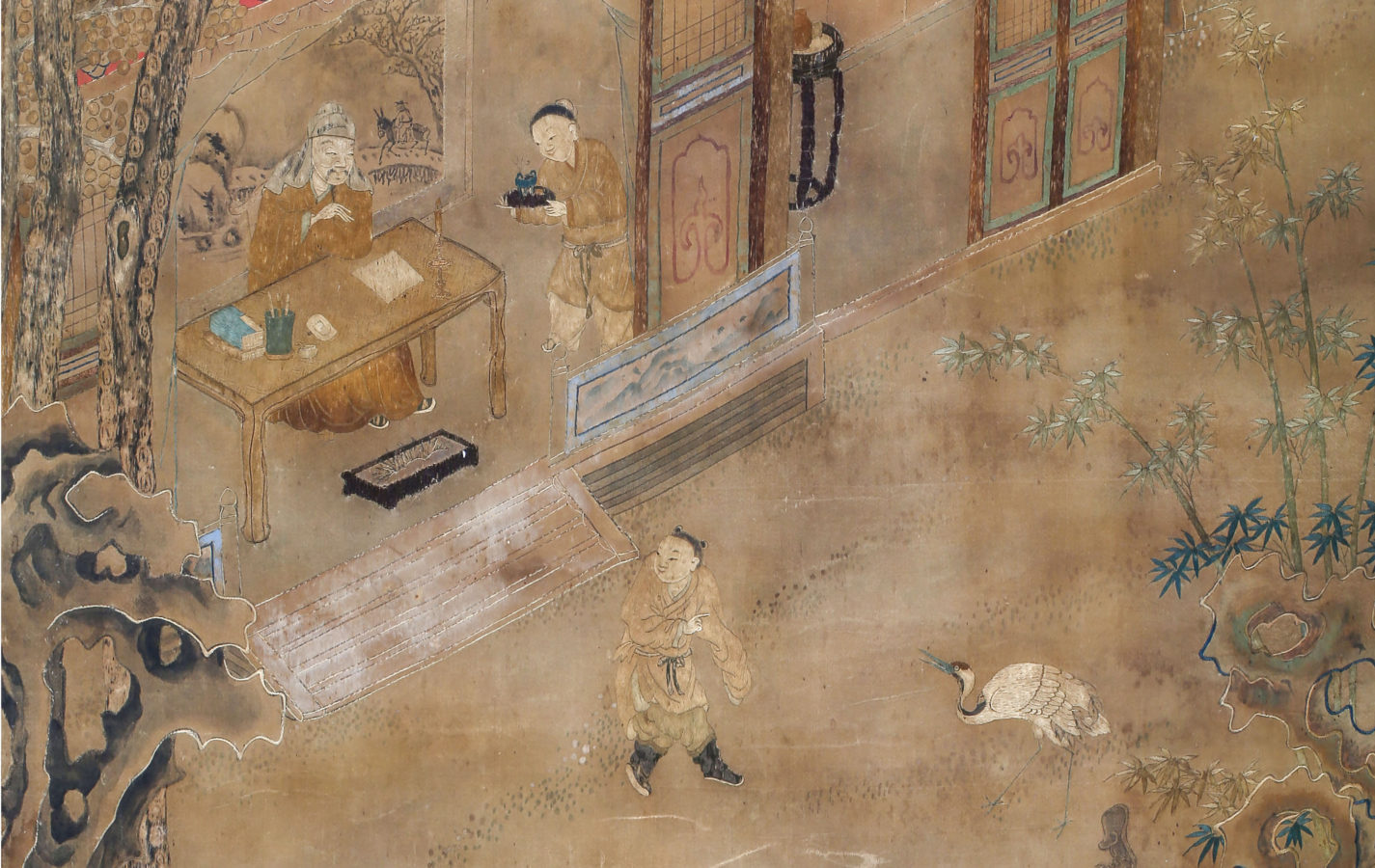 Chiswick Auctions is privileged to offer for sale an exceptionally rare 17th Century embroidered painting as lot 76 in FINE CHINESE PAINTINGS on 15 May 2017.

The rare and exceptional group of embroidered paintings, of which the present lot forms an example, was pioneered by the Gu family of Suzhou. Embroidered paintings were based on significant unprecedented technical innovation and expertise. They combine painting and embroidered silk involving the use of ten different types stitching. The problem of obvious traces left by stitches was resolved by splitting the silk. A new special hairy stitch was created for the depicting of animals. In colour shading, underpainting rather than outlining in ink and outlining painted areas with embroidery added to the repertoire of techniques available.

The technique was developed at a residence known as Dew Fragrance Garden, a name which became synonymous with the technique, which was formed in the 1550s by Gu Mingshi. Han Ximeng, the wife of his grandson, became the most famous proponent of embroidered paintings, and she took a central role in elevating the technique of combining silk, colour and ink to its zenith.

The Chief Minister of the Court of Imperial Sacrifices [Dong Qichang] saw and deeply appreciated [it].. The master’s wonder increased, [and he] regarded [her work] as beyond human capacity.

Examples of the art form by Hu and other members of the Gu family are extremely rare and are known to be represented in the Imperial collection. One work, from the Palace Museum, Beijing, depicts Washing Horses, After Mengfu, whilst another work depicting the Daoist goddess the Queen Mother of the West, is preserved in the National Palace Museum.

Masterpieces of Chinese silk tapestry and embroidery in the National Palace Museum, 1971, pl no 34 – 35.