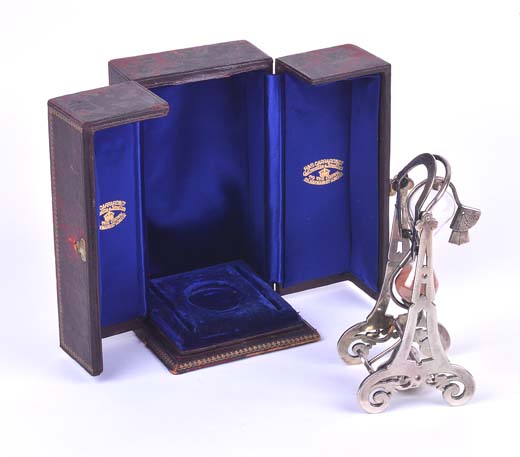 Chiswick’s Fine art sale held on Tuesday was definitely an occasion! The sale started with books, which our book expert Nick Worskett, will no doubt, will have plenty to say about in his own report, however I can say, it looks to have been a resounding success. Perhaps Nick will forgive me if I just mention lots 110, 111, and 112, the collectable McGill original postcard art work which sold for £860 including premium, followed by lot 111., 44 sheets of printer’s proof postcards cards, which sold for £1,680, including premium, against an estimate of £600-1000 and lastly lot 112, the three albums of printer’s proof postcards, which sold for £2,160, including premium, against an estimate of £700-1000. The three lots together have made one of Chiswick Auction’s private sellers a very welcome Christmas present; the cards had been sitting in the corner of the family garage, gathering dust, for the last ten years!

That was only the beginning, the sale started as it meant to go on. The room was full and busy with prospective buyers, the phones were in constant use for bidding, there were commission bids and internet bidding was brisk. There were results of note in every section.

Jewellery and silver, as usual, were popular both with trade and private buyers, most lots selling at the higher end or above the higher estimate and whilst this seems to be the current trend there were a few results worth mentioning, such as lot 303, a gold half hunter pocket watch which sold for £1,800 including premium against a £500-800 estimate and Lots 313 and 314, both diamond rings, selling for double their higher estimates. Overall, and in keeping with recent sales, the majority of the jewellery performed well with consistently high prices.

Lot 840, the 1985 Rolls Royce Silver Spur motor car, which was parked regally in the saleroom’s ‘D’ section! Sold after some competitive bidding for £12,000 including premium.

The sale had many highlights, too many to mention in our weekly news letter, but it is safe to say that across the board, Chiswick’s Tuesday fine art auction was a resounding success and a positive note on which to round up our 2012 Fine Arts sales.

The shelves are already full of lots for our first 2013 fine arts sale scheduled in January and the market shows no sign of letting up, if anything the trend is up, up, up...