Ahead of the forthcoming Ceramics and Glass auction on 25 July, Specialist Dr Jim Peake explores the history of Doccia porcelain through a rare ten inch tall sculpture of 'The Executioner' offered in the sale.

It is easy to underestimate the importance of Italy in the race to discover the secrets of Chinese porcelain. When we think of European porcelain production, we are often reminded of the great factories such as Meissen, where the first successful hard-paste European porcelain was produced. The very word ‘porcelain’ in fact originates from the Italian ‘porcellana’, a slang term for cowrie shells. This term was first used by Marco Polo to describe the shell-like appearance of the porcelain he discovered in China to readers upon his return to Venice in 1295.

The first major breakthrough in porcelain production in Europe took place in Florence, under Francesco de Medici, Grand Duke of Tuscany, from 1575 to 1597. Here, a soft-paste porcelain was produced, today known as ‘Medici Porcelain’. Fast-forward several centuries to 1735 and the Doccia porcelain factory was established near Florence by the Marchese Carlo Ginori. It remains one of the most important porcelain factories to have been established in Italy, and is considered the only successful producer of Italian porcelain in the 18th century.

Pieces of Doccia do not appear on the market infrequently, but they are often restricted to tableware such as beakers, plates, and bowls. Doccia figures are particularly sought after, and 18th century pieces rarely come to auction. This is why the Doccia figure of ‘The Executioner’ offered in the forthcoming auction is so exceptional. The ten inch tall sculpture depicts a standing male nude, with his left arm raised above his head, mounted on a simple wooden base. 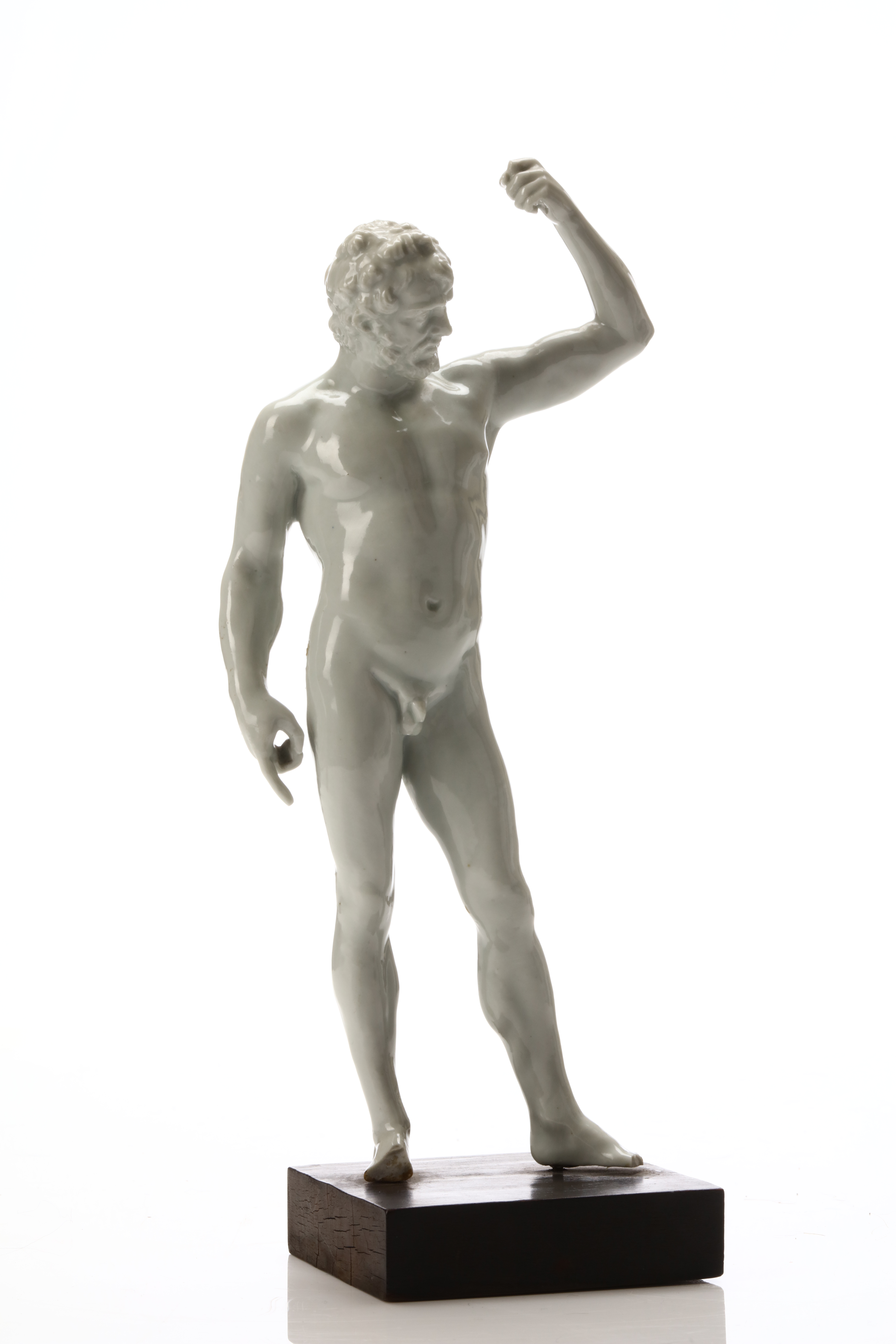 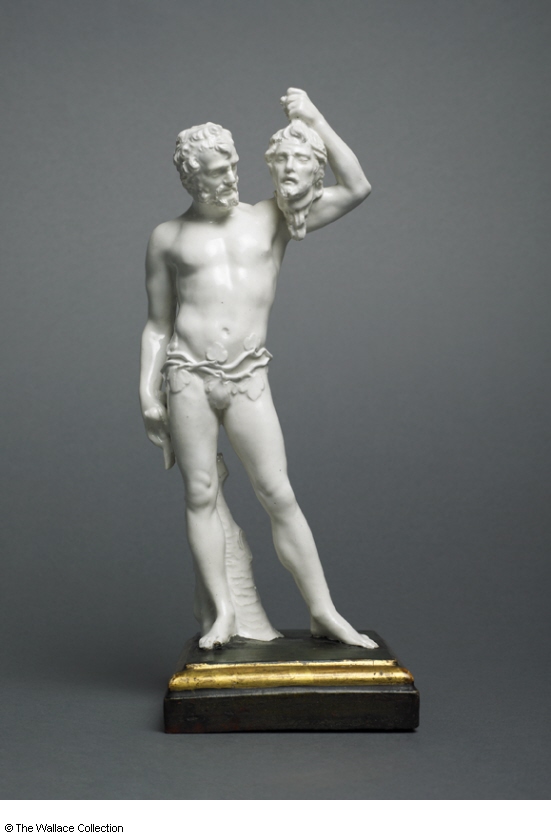 The model was originally based on a bronze figure of the Roman God Mars by the Florentine sculptor Massimiliano Soldani-Benzi (1656-1740), the son of an aristocratic Tuscan cavalry captain. The figure has spent centuries hidden away in a private collection, displayed on the end of a dusty mantelpiece in a house in West London where its importance was unrecognised. This history of it is not known, but it seems likely that this rare figure has descended through the same family since it was first made and purchased in circa 1750.

Only one other version of this figure is known, currently in the Museo di Doccia in Florence. Another variation of the figure, holding the severed head of St John the Baptist in his raised hand, is in the Wallace Collection. No other versions in porcelain are known to survive, and this version has never before been seen. 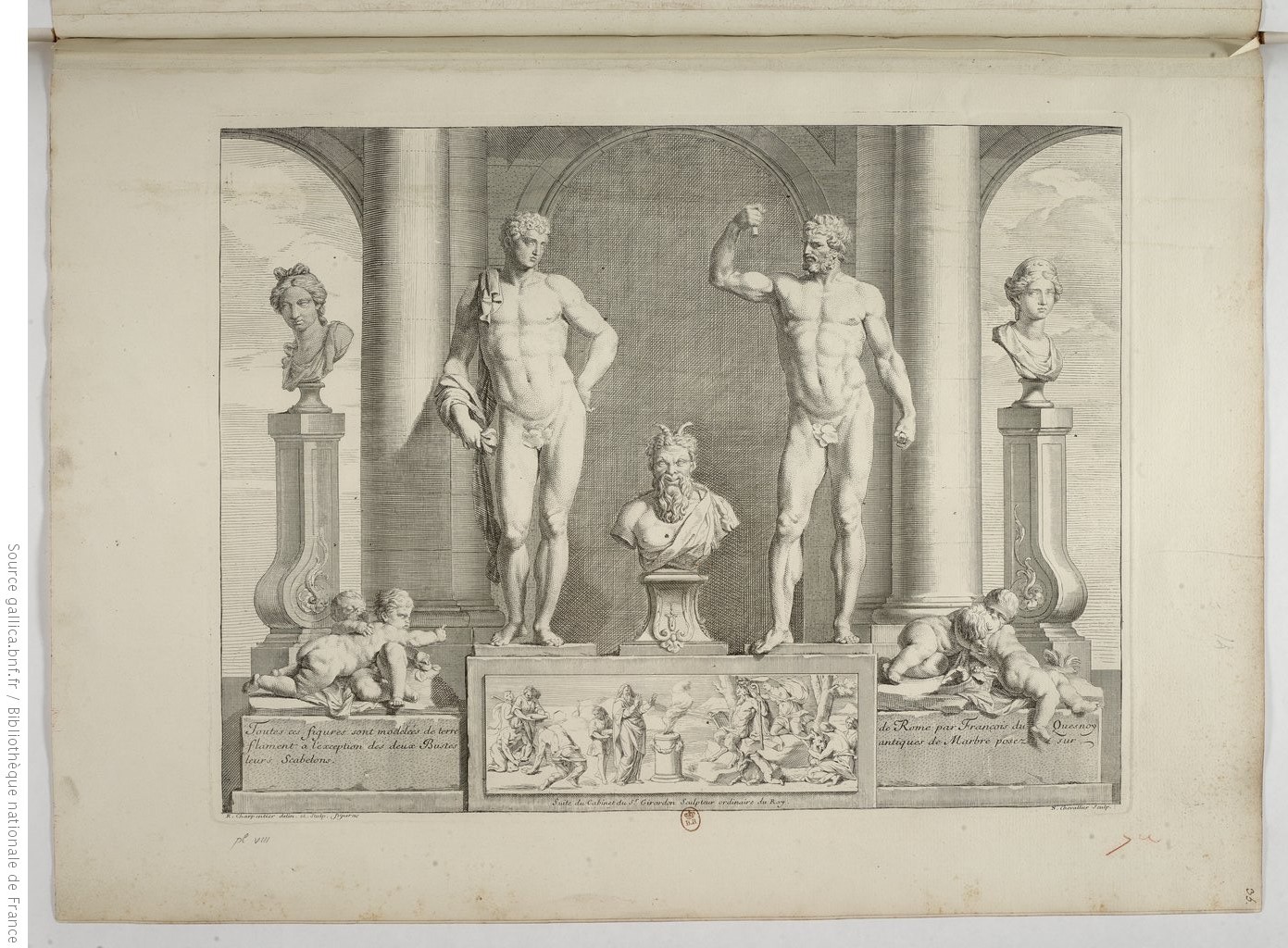 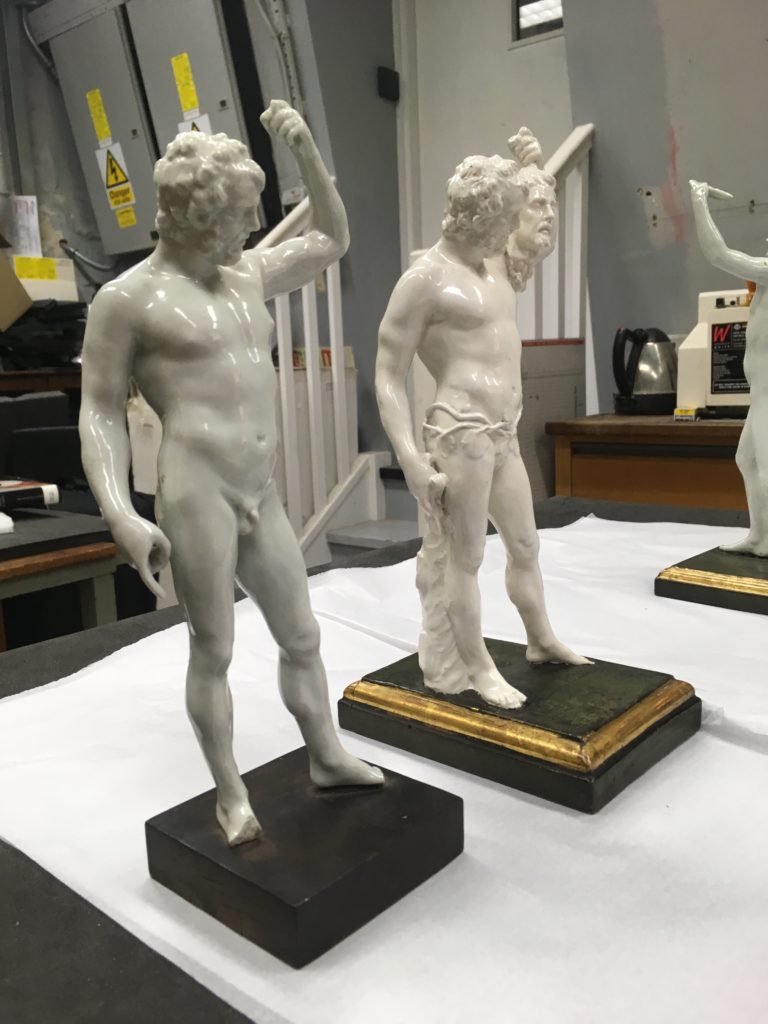 The left hand image above depicts John the Baptist, in the Wallace Collection, beside 'The Executioner' and the right hand folio image shows one of a collection of engravings by N. Chevallier, in relation to the sculpted work of Giradon that bears an interesting similarity to 'The Executioner.'

Keep an eye out for the full catalogue, which will be on the website at the beginning of July.