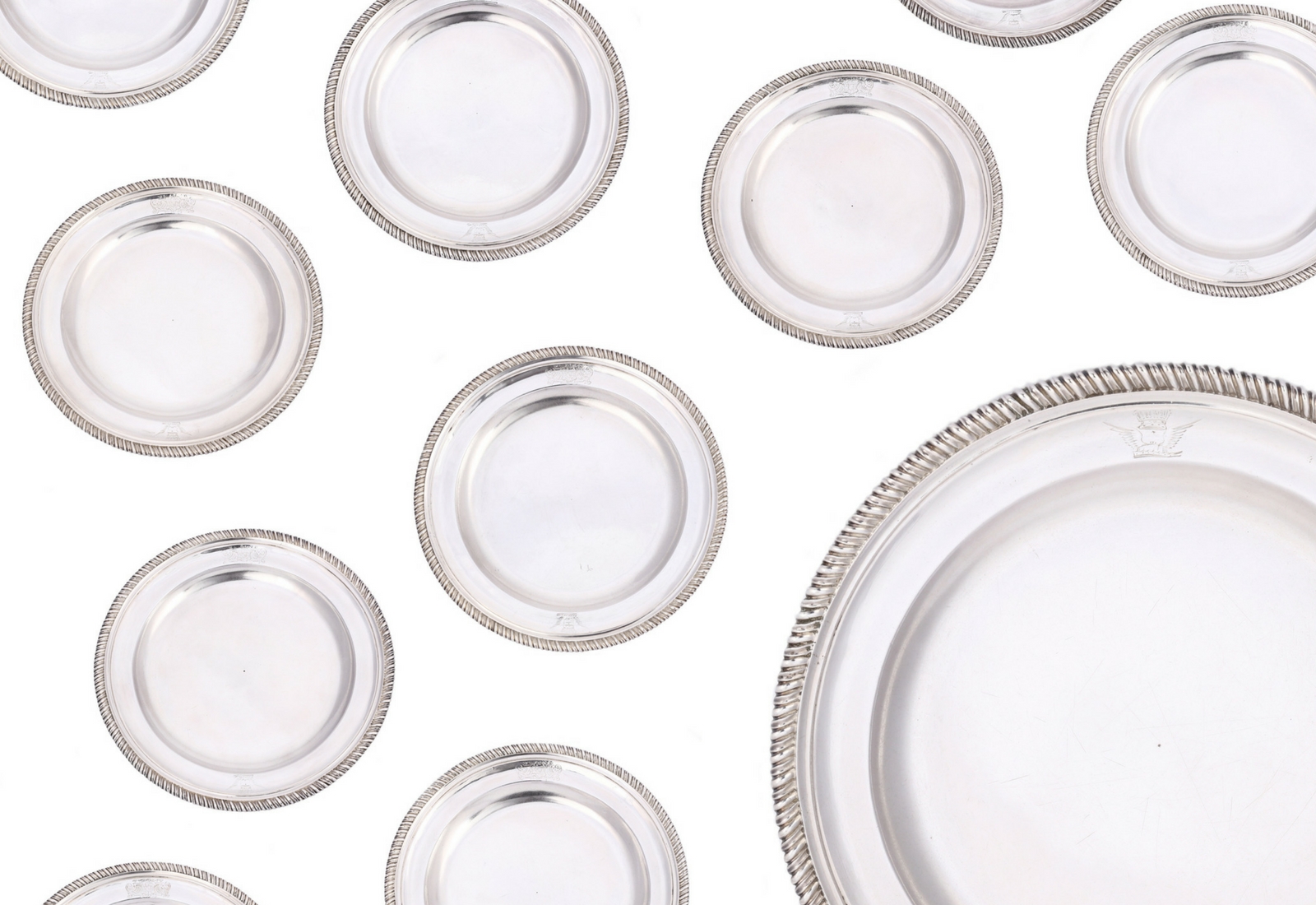 The largest known collection of Mildmay service plates in its original form by internationally renowned silversmith Paul de Lamerie (1688 – 1751) is offered in the Silver and Objects of Vertu auction on 31st October.

The previously unrecorded set of plates formed part of a large 18th century service made for Benjamin Mildmay, 1st Earl Fitzwalter. Earl Fitzwalter was married to the daughter of the Duke of Stromberg in 1725 and in 1737 was appointed Treasurer of the Household. The service was first made in 1725, extended in 1737, and most likely broken up in the 19th century. The plates offered come from the 1737 production and are the latest examples of various pieces to resurface.

Described by the Victoria & Albert Museum as ‘the greatest silversmith working in England in the 18th century’, de Lamerie was a French Protestant who fled as a child with his parents to London in or before 1689, fleeing persecution in France. In 1703 he was apprenticed to the Huguenot goldsmith Pierre Platel, and after being admitted to the freedom of the Goldsmiths' Company, he set up a workshop in Windmill Street, Soho, in 1712. From the start of his career he had wealthy clients such as the Honourable George Treby and the Duke of Sutherland and by 1717, he was referred to as 'the King's Silversmith.'

In 1739, his workshop moved to a larger premises in Gerrard Street. His illustrious position was reinforced in 1740 when he received a commission from the Goldsmiths' Company to produce two of their ceremonial display plates, a silver-gilt inkstand and the esteemed rococo ewer and dish. His notable later patrons were Sir Robert Walpole, Baron Anson and the fifth Earl of Mountrath. Working in the English Rococo style, de Lamerie’s success resided in his remarkable powers of invention and creation. Furthermore, he was an astute businessman, retailing exceptional silverware from his workshop and approaching only the top suppliers in the trade.

‘The rims of the plates are of great importance. Until now, nearly every example from the Mildmay service has a moulded edge rim and those few with a gadrooned rim were presumed to be alterations. However, further research using contemporary records from the 1730’s and a comparison of the weight of the plates as recorded on the reverse (scratch weights) to what they are now, we can see that the moulded edge plates have lost over 13% of their weight whereas the known gadrooned plates have lost only 1-4%, which is an acceptable amount with age. This indicates that the Mildmay service plates originally all had a gadrooned edge and that a large amount of the service was later reshaped to have a moulded rim.’ - John Rogers, Head of Silver & Objects of Vertu

The plates are a rare example of an early use of a gadrooned edge on dinnerware. Another set of twelve plates from the Mildmay service, marked for 1725  with a moulded rim, are in the Sterling and Francine Clark Art Institute, Massachusetts.