DAME LAURA KNIGHT: BEHIND THE SCENES OF THE BALLET AND CIRCUS

Dame Laura Knight (1877 – 1970) is one of Britain’s greatest leading female artists. Knight is celebrated for her depictions of theatre and circus performers, as well as her portraits of women and children. We are delighted to be offering three works on paper by the artist in our upcoming 19th & 20th Century Paintings, Works on Paper and Sculpture sale taking place on Tuesday 23 November at 2pm.

In 1919 Laura Knight moved from Cornwall to London where she was invited backstage by the great impresario Sergei Diaghilev during the third season of hisBallets Russes. This new subject matter absorbed and fascinated Knight and she attended every show ,capturing the intimate backstage rituals of the performers.She was embraced by the ballerinas and given an intimacy that a male artist would not have been permitted. Laura painted many of the leading ballet stars atthe time including Nijinsky, Karsavina, Lopokova, Massinme and Pavlova. Lot 70 'The Golden Cloak', Diaghilev Ballet, backstage is one of a series of works that Knight executed of the Bballets Russes. At the right of the composition is a ballet dancer in costume, gracefully stretching in preparation for her performance. The shadowed background hints at the unseen buzz of anticipationbeyond. One can almost sense the excited murmur of the audience taking their seats and the tuning of the orchestra. 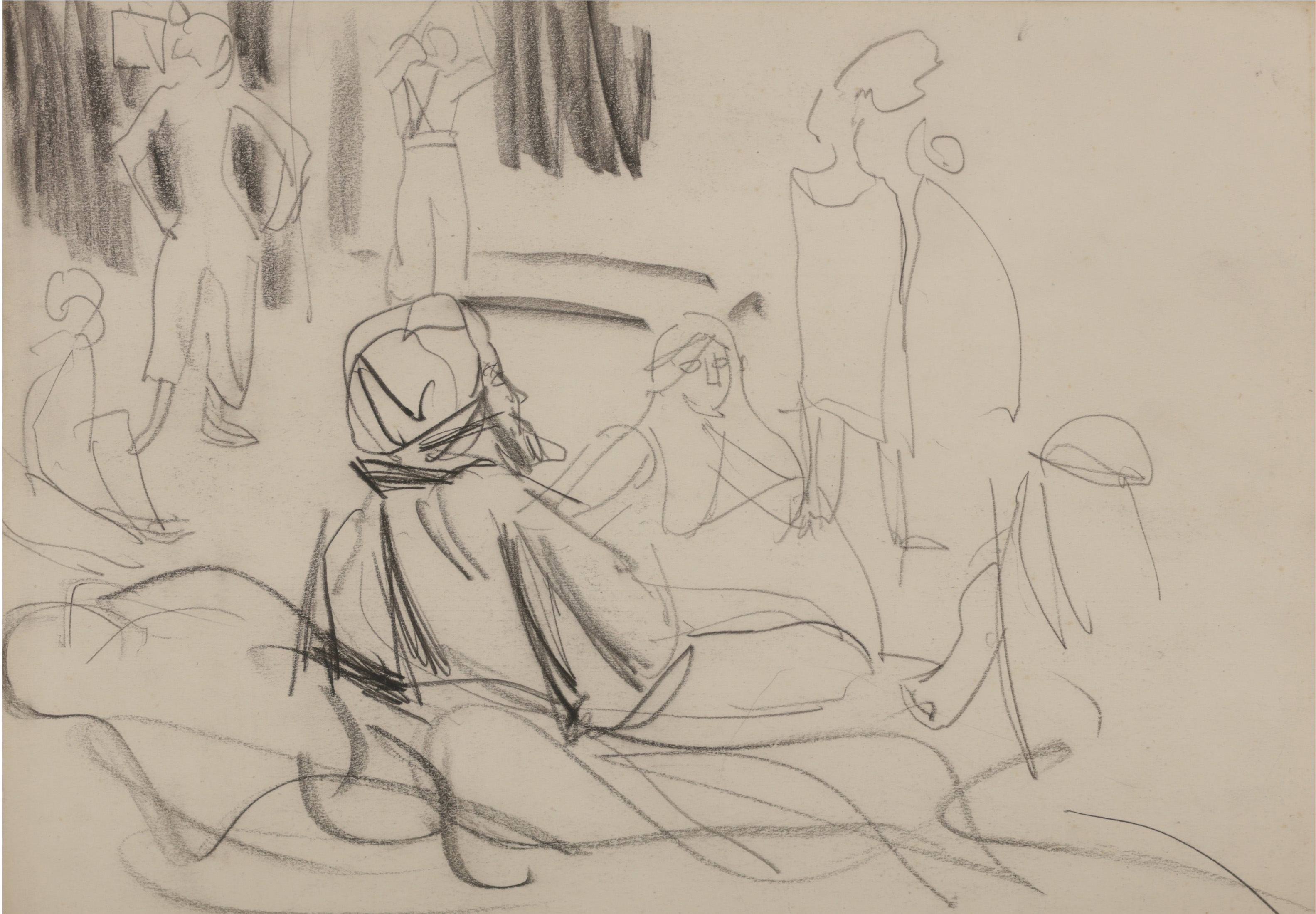 Lot 71. In the wings is one of the many sketches that Knight drew whilst behind the scenes at the ballet. The work is charming and almost humorous and depicts the inner sanctum of the performers’ world.

'I have often tried to analyse the circus appeal. It is the display of indomitable courage that one sees and admires, an admiration inherent in the human race'.

During her life-time Laura Knight was well known for her depictions of the circus. Knight first started painting and drawing circus scenes when a porter at Paddington station suggested that she go to a ‘real old-fashioned circus’ at the Agricultural Hall at Islington. In 1923 or 1924 Alfred Munnings introduced her to Captain Bertram Mills who had just started his world-famous circus. Mills gave Knight permission to paint and sketch whatever caught her imagination in his circus and a year later she joined Harry Cameron's The Great Carmo circus where she was fully immersed into everyday circus life. Knight was captivated bythe particular world of circuses and the multitude of spectacles that it offered for sketching.
In the 1920s, she sketched horses for the first time and excitedly described the experience, ‘I found a brave opportunity in Carmo’s stable tent – what a joy! Although four-footed, such an animal’s anatomy can be compared with that of the human body, and I did not lose any opportunity to learn all I could about something I hadalways wished to study. How I loved those beasts.’ (Laura Knight, The Magic of a Line: The Autobiography, London, 1965, p. 239).
The paintings will be offered in our 19th & 20th Century Paintings, Works on Paper and Sculpture sale taking place on Tuesday 23 November at 2pm.
For more information on these lot or the rest of the sale, please contact: