Cyril and Shirley Fry: A life in Art

The sale ranges from highlights by artists that the Frys championed such as William Henry Hunt and Peter de Wint, to a wealth of different subject matter, from caricature and illustrations to portraits of leading British artists such as Thomas Gainsborough, Sir Frederic Leighton and John Ruskin, and letters written by such artists as John Varley, G F Watts, William Holman Hunt, Augustus Egg and John Crome. Landscape and Regional schools are also well represented including The Norwich School with works by or attributed to John Sell Cotman, John Crome and John Middleton; the Monro School with works by Dr Thomas Monro and his circle, and scenes of English life by the lesser-known artist John Nixon (c. 1750-1818), whose work was the subject of the Fry’s last major exhibition in Aldeburgh at the time of the Festival in June 1999. As specialist in charge Suzanne Zack comments: ‘The sale is a real treasure trove - a time capsule of works that have not seen the light of day for a quarter of a century, and offers a wonderful opportunity for collectors, amateurs and dealers alike.’ 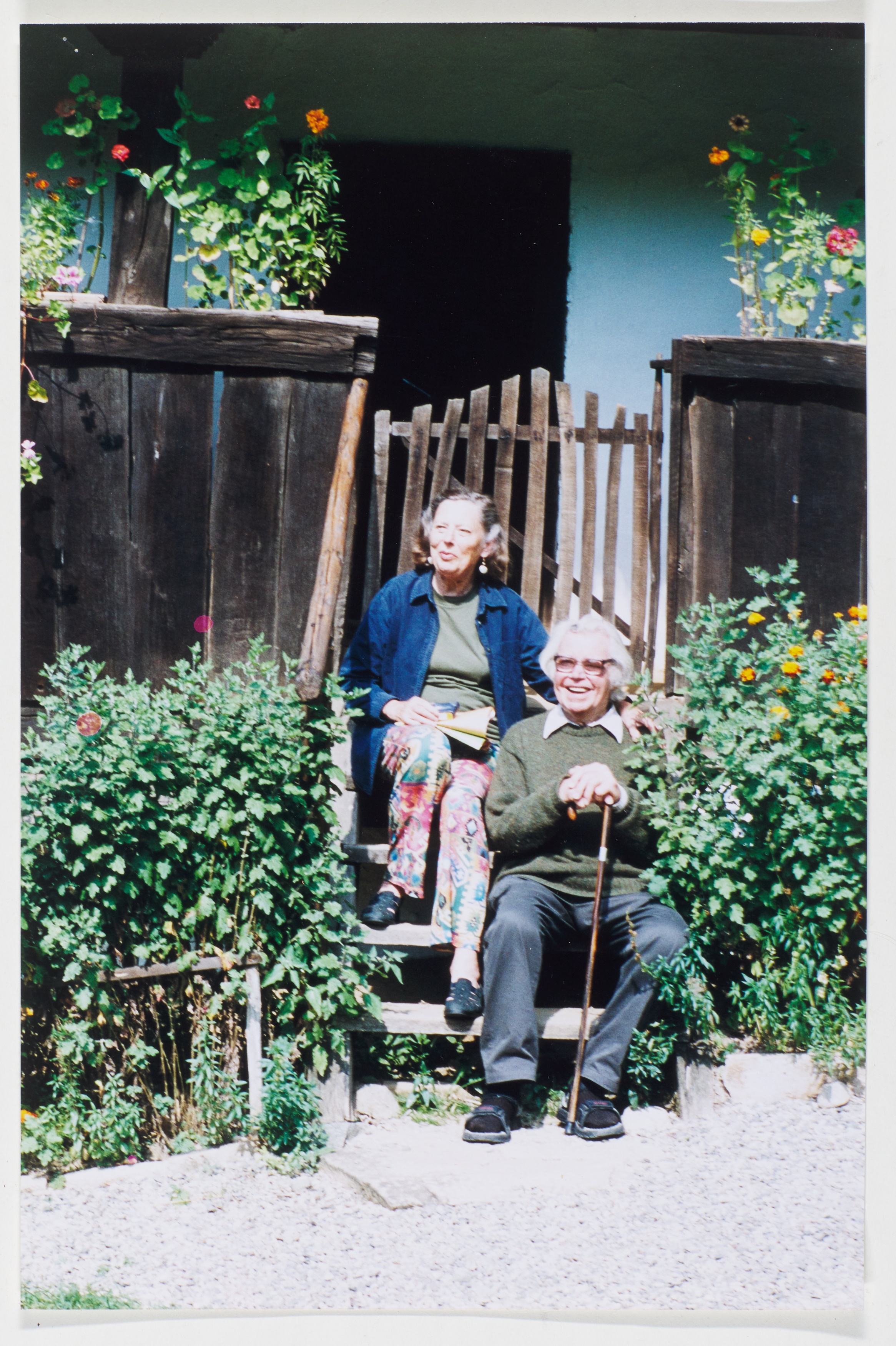 Huon Mallalieu, author of the Dictionary of British Watercolour Artists, who has written Country Life's art market column for three decades puts the collection in context, and recalls how Cyril and Shirley Fry occupied a leading role in the British watercolours market of from the late ‘60s onwards:

For those of us who remember the English drawings market of 50 years ago, these sales of the Fry collection at Sotheby’s and Chiswick Auctions are a happy journey back in time. In those days, the opening lots in the London auction houses’ monthly sales generally consisted of unframed drawings and watercolours offered in bundles or folders. They might be grouped by artists or subject-matter, but often they were offered together without thematic logic, because they belonged to the same vendor and were not considered valuable enough for individual treatment. Many of the Fry lots, especially in the sale at Chiswick, are in such multiple folders, although they have been constructed with care.

Viewing days in the 1960s and ’70s would be busy occasions, with regular collectors and specialist dealers truffling through the folders in hopes that some treasure might have escaped the cataloguer’s eye. As often as not those viewers would have included Cyril Fry. Karen Taylor, now a leading dealer in the field, but then a very new recruit to the department at Sotheby’s, remembers just such an occasion, when after a sale Fry complained to her that there were only 15 drawings in a folder he had bought, rather than the advertised 16. When the missing item could not be found, he was underwhelmed by her offer to refund one-sixteenth of the price – ‘That was the only one I was interested in’. He forgave her, however, and it became a standing joke between them. 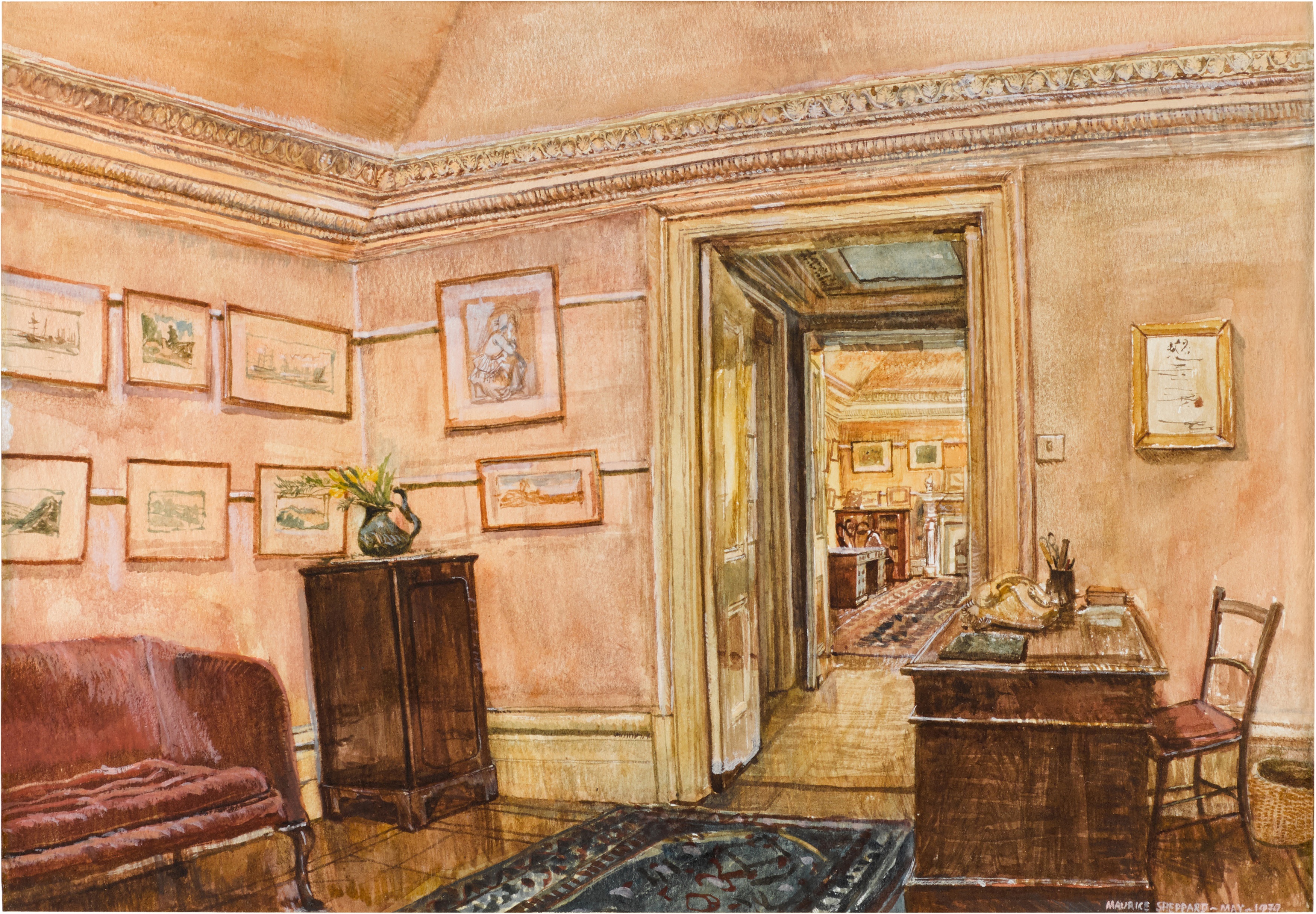 In fact, Fry was as encouraging to younger colleagues and new collectors as the previous generation had been to him. In an address at the 1992 funeral of Dudley Snelgrove, he told us that 40 years earlier he had visited the British Museum with a drawing he had bought for £1. Snelgrove, then an assistant, and Edward Croft-Murray, the keeper of prints and drawings, identified it as by William Leighton Leitch, and thereafter welcomed him to regular discussions with fellow enthusiasts on artists and attributions. Many of the collectors and dealers he met there became close friends, and he was also encouraged to frequent the Museum’s restoration department. Soon, as well as supplying others with his antique shop finds, he was restoring and framing watercolours.

At that time Fry was a specialist teacher of deaf children, both in the classroom and on TV. Although he was not, both parents were profoundly deaf, and he had been brought up to use sign language. However, the rigid teaching methods then imposed by medical orthodoxy disturbed him greatly, and he turned more and more to drawings as solace. He resigned his job, and with the full support of Shirley, his wife and business partner, took a 21-year Crown lease on a gallery at 58, Jermyn Street (now subsumed into Simon Dickinson’s premises), and turned his hobby into a new career. At first he was refused a bank loan, and a sudden change of attitude was only explained later, when Walter Brandt, a BM friend, mentioned that he was the bank’s vice-chairman. Fry had never thought to ask what he did other than collect watercolours. The opening exhibition in December, 1967, sold out on the first evening. 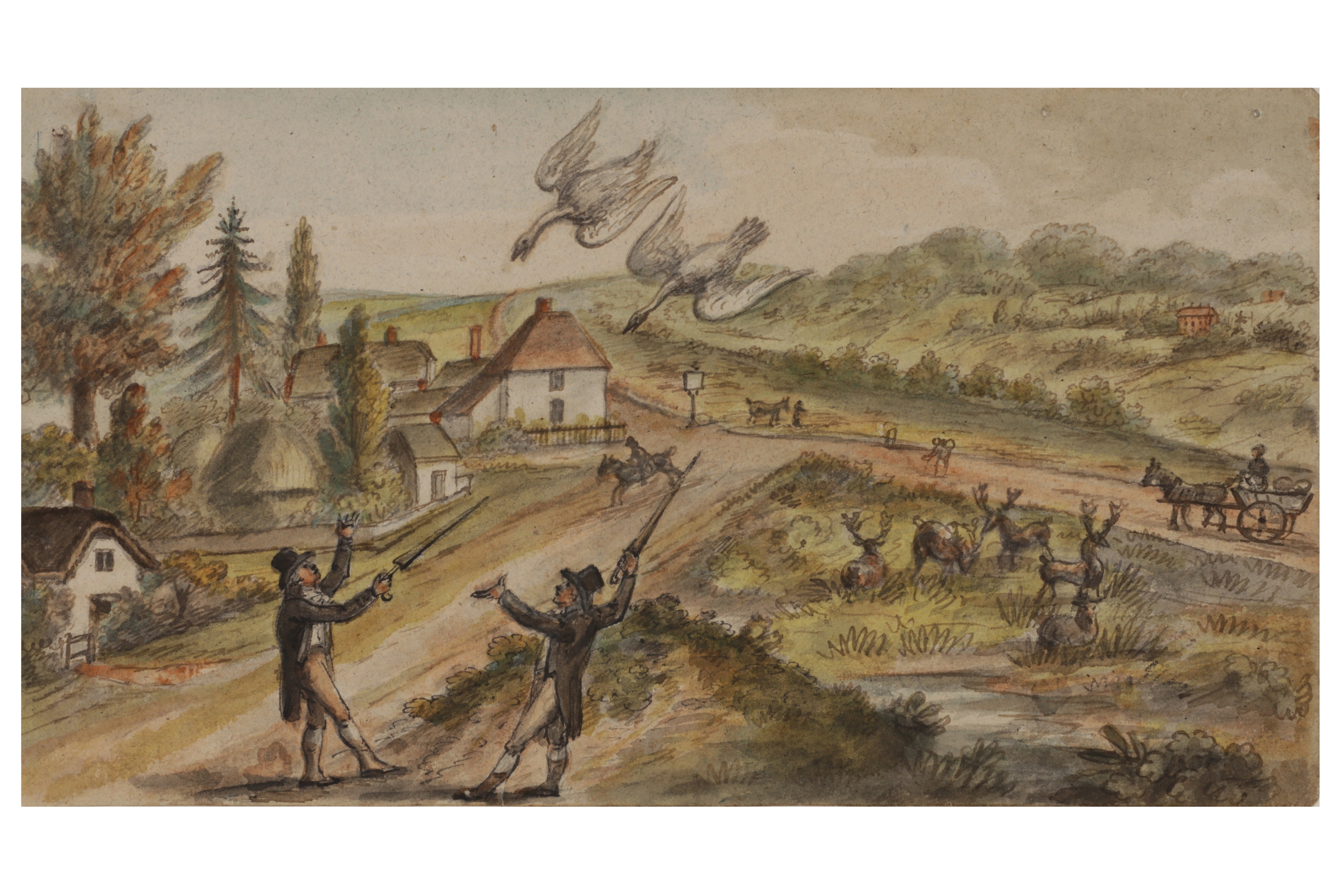 It was a propitious time to launch. The Frys concentrated on 18th and 19th century British works; the pre-War specialists, the Squire and Walker’s Galleries, had gone, and prices were rising, but value was still perceived more in terms of quality and scholarly interest than investment. Artists did not have to be established names to be collectible, and the Fry Gallery offered both the great and the interesting. In the sales there are Turners and Gainsborough, a rare Richard Wilson tree study, a glorious Samuel Palmer full moon and a Cotman that seems 150 years ahead of its time, but also such curiosities as caricatures by Thomas Patch, and numerous portrait drawings of artists.

Strong support came from two of the greatest collectors, Paul Mellon, to whom Snelgrove had become an advisor after leaving the BM, and Leonard Duke, after whose death Fry organised a three-day sale from the collection at Sotheby’s, half having already gone to Mellon. Fry also took Duke’s ashes to North Uist to be scattered where he had caught his largest sea trout. 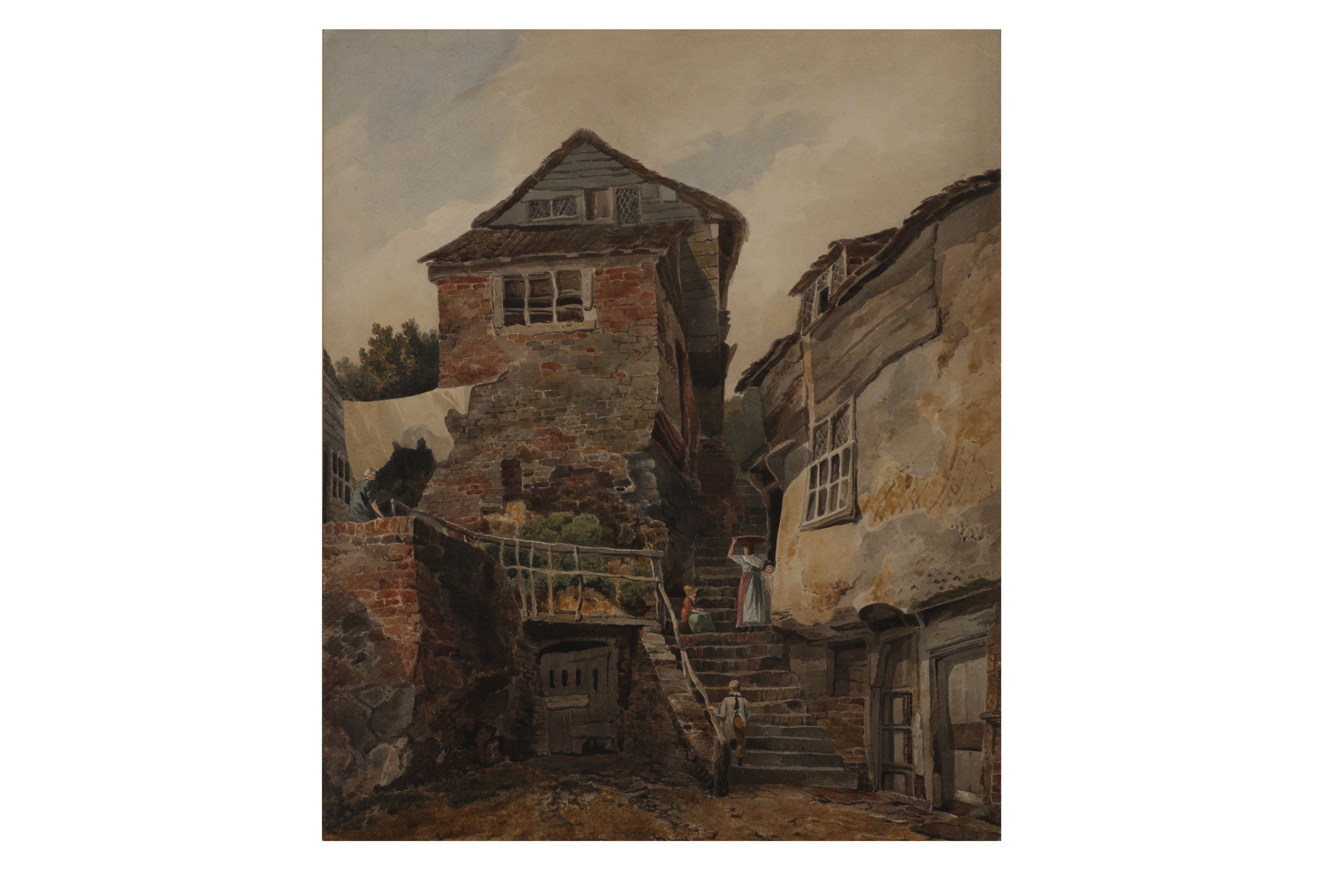 One of the first paintings that Fry bought while a teacher was in fact in oil, but by a major watercolourist, Peter De Wint. He had spotted it on a pavement in Ilford when cycling home, and paid 10/-. His family have it still, and De Wint became a firm favourite. There are superlative examples in the sales, as well as a touching portrait of him and his fiancée by her brother William Hilton. Another very well represented favourite is William Henry Hunt. At his best, and there are several examples here, Hunt goes far beyond the prettiness and sentiment for which he is sometimes talked down. 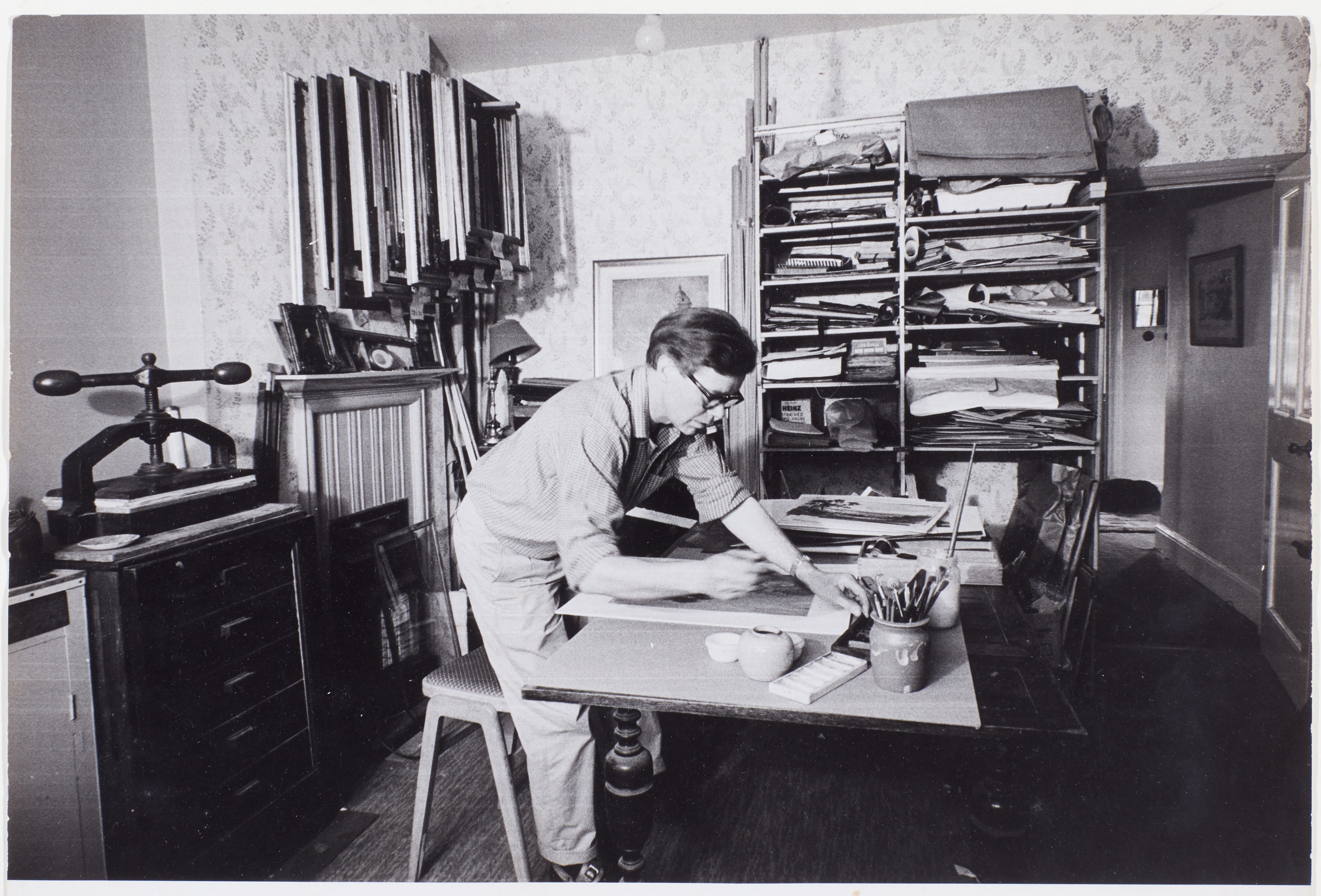 6. Cyril Fry making mounts in his workshop in the family home at Blackheath, 1960s.

When the Jermyn Street lease ended, the Frys transferred their operation to Aldeburgh, where they held summer shows to coincide with the Festival, while still putting on occasional exhibitions in hired spaces in London. Cyril died in 2010 and Shirley at the beginning of this year. These sales are both a last link and a memorial to their heyday.

Cyril & Shirley Fry: A Life in Art
Chiswick Saleroom, Friday 9 July at 11am